If you stroll on over to Colts.com, you'll notice that the team has up its first "official" depth chart for the 2010 season. Obviously, this is not the final depth chart going into Week One. However, it does tell us, in blue and white, who is a "starter" and who is a "reserve" at this particular period of time.

Some of the results are fairly obvious while others seem just plain odd. Here are some highlights:

More notes after the jump, including a pic of the depth chart... 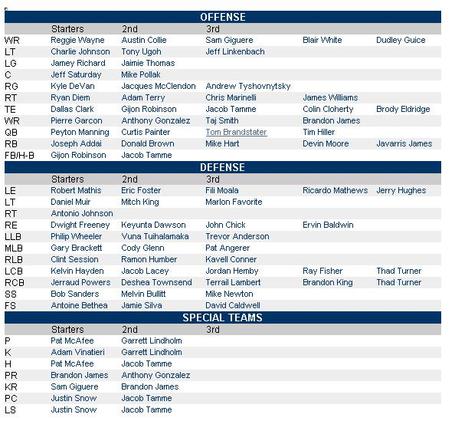 Please discuss. I'm still wrapping my brain around some of the more obvious oddities with this depth chart.