Share All sharing options for: Peyton And Eli Manning Dress Up Like Hipster Cops for 'Football Cops' Project

So, you know that stupid penguin movie starring Jim Carey that opened this past weekend, which no one saw? Yeah, Peyton Manning was almost in that thing. Thankfully, Peyton didn't get involved, or we would have had to endure to an entire lockout-news-starved season of Mr. Popper’s Penguins jokes.

Instead of dealing with penguins, it seems No. 18 has other entertainment projects in the works.

I got an email yesterday from some PR people telling me a DIRECTV source confirmed that Peyton Manning and his brother, Giants quarterback Eli Manning, are working on a 'special project' that involves them dressing up in 1970s-style cop uniforms and running around Brooklyn, NY flashing fake badges and handlebar mustaches. TMZ sent us some info on this shoot a week or so ago, which featured Peyton and Eli running around as cops in a neighborhood that's a ten minute walk from my house in NYC.

The project is called 'FOOTBALL COPS,' an action-packed 'drama' about two former pro football players (Peyton and Eli Manning) who bring their unique brand of law enforcement to one of the country’s toughest neighborhoods. The only thing that would make this more hilarious is if the vicious crime lord they hunt down in this 'drama' is Bill Belichick. It could be like 'The Departed,' with Belichick as the Jack Nicholson character!

The folks who gave me the first look at this thing told me that it is not a commercial. I'm not sure what it is then, but it does, at least, look entertaining. They have a Facebook page and Twitter account up for this if you want to learn more.

After the jump, we have more photos and a video. 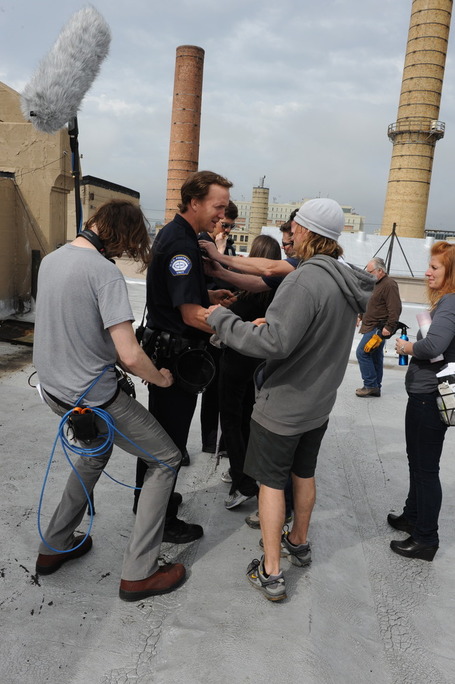 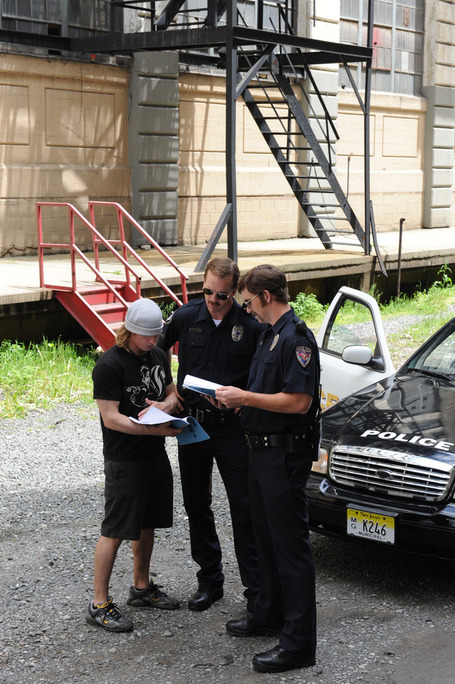 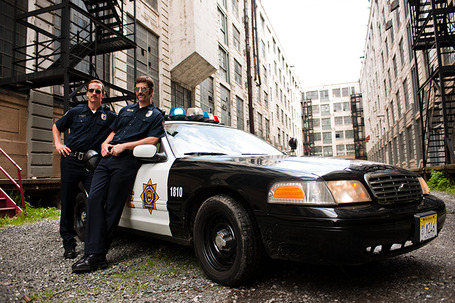 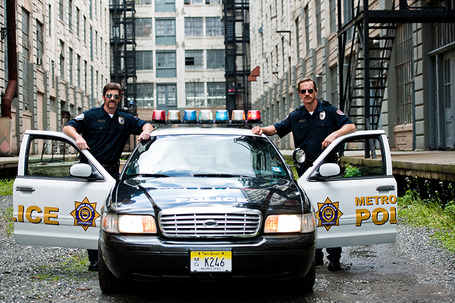