A month-and-a-half ago, I wrote that Broncos executive John Elway should win the 2012 NFL Executive of the Year award. I'm changed my mind. Sue me.

Share All sharing options for: Changing My Tune On Ryan Grigson As 2012 NFL Executive Of The Year

Yeah, yeah, yeah. I'm changing my mind. Fifteen games, ten wins, a coach battling leukemia, and a rookie quarterback breaking several NFL records can do that. Back on November 12th, I told all you chuckleheads to "calm down" and that Colts general manager Ryan Grigson was not the 2012 NFL Executive of the Year.

Truth is, you were right to be wild and crazy, and I just needed another month-and-a-half of miracles to win me over.

Please understand, I still think Broncos' executive and media darling John Elway will win the award. He traded away his team's extremely popular and playoff-winning quarterback (Tim Tebow) and replaced him with a 36-year-old dude coming off spinal fusion surgery who, reportedly, had a dead arm.

You can dismiss it any way you want. If Tebow had thrived in NY while Manning struggled, Elway would be boxing up his office right now. Instead, Tebow has been exposed as a bit of a fraud, while Peyton Manning seems poised to win his NFL-record fifth MVP award. The Broncos are 12-4, have won 10 games in a row since their amazing comeback on Monday Night Football against the Chargers back in October, and are in the running for the top seed in the AFC Playoffs. Along the way, rookie Derek Wolfe has had a solid debut, second-year corner Chris Harris has developed into a consistent starter, and Von Miller (17.5 sacks!) is a legit Defensive Player of the Year candidate.

Again, Elway put his job and, in many ways, his career as a executive on the line with the Manning-for-Tebow moves. He has serious stones, and the people who vote on the EotY award will reward him for having them.

However, I'm changing my tune from Elway to Grigson because, when you step back and really look at this, Grigson is more deserving. The EotY award isn't about the person who took the most risks. It's about the guy who did the best job with what he had to work with. When I evaluated the first-year Colts G.M. back in November, my knocks against him (which, when all is said and done, are really nitpicking because Grigson is absolutely a legit candidate) were:

All are still valid criticisms, though, in fairness to Grigson, Vontae Davis has shown up a bit more in recent weeks. Still, over the entire season, the trade still doesn't look good. Davis is regularly targeted by opposing team QBs, and usually with success. Andre Johnson flat out abused him in Week 15 to the tune of 11 catches 151 yards and a score.

However, what wasn't completely developed back in November were some of the under-the-radar moves Grigson made throughout the course of the season; moves that, now in hindsight, were actually quite brilliant. 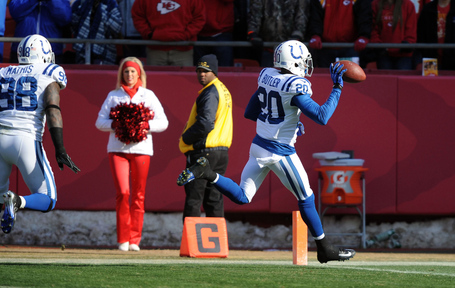 Nobody cared when the Colts inked Butler. In fact, I remember listening to Phil B. Wilson of the Indianapolis Star poking fun at the move in late-November as a guest on WFNI radio in Indy. However, since the bye week, when Pagano took a leave of absence to deal with leukemia and Butler was signed, he's pretty much been Indy's best corner. He has 4 picks (which leads the club) on the year, two returned for scores. Without those two pick 6s, the Colts do not have 10 wins in 15 games.

I'd say that makes signing Butler a pretty big move.

Going forward, he's seemingly s more complimentary option as a second or third corner over the consistently injured Jerraud Powers, who is a free agent at season's end.

No one is giving Grigson credit for this signing, but it has his fingerprints all over it. Also, you cannot help but LOVE Grigson's attitude when he openly discussed why the Colts inked Butler on WFNI earlier this month. 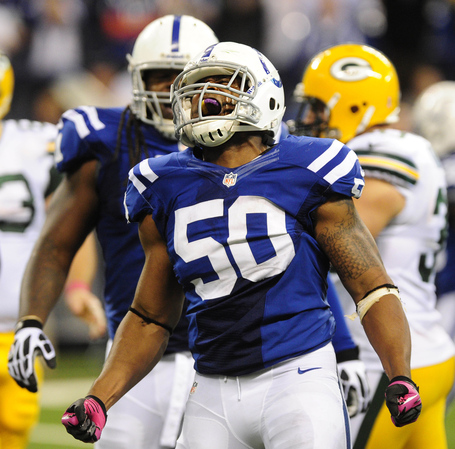 Freeman has 135 tackles, 2 sacks, and an INT for a touchdown this season. Outside of Jerod Mayo in New England, Freeman is the best inside backer in the AFC. It's a crime he wasn't elected as a starter to the Pro Bowl. Then again, the Pro Bowl is a sham and a farce. Being surprised at its snubs is like complaining that the lava exploding from a volcano might be a tad too warm.

Freeman is a Grigson signing, through and through. Brought over from the CFL and signed as a first-year player following the draft, Freeman has developed into Indy's best defensive player. Or, at the very least, the team's most highly consistent. Freeman has started every game, and is rarely the reason why the Colts have been so erratic on defense.

He's made people forget all about Gary Brackett and, to a large extent, Pat Angerer (who has no business playing this year due to injuries). 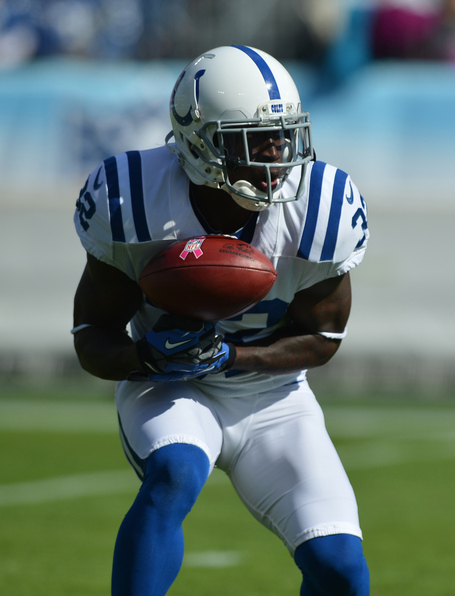 No, these guys aren't world beaters. They aren't even consistent starters (though, in Cassius Vaughn's case, he could develop into one). However, all have been solid contributors to a team that has really had to dig deep within its depth to win games.

Take a guy like Tevaseu, who went undrafted in 2010 out of UNLV. He bounced around a bit with the Browns and the Jets before landing in Indy. With injuries ending the season of Brandon McKinney and Josh Chapman, the two men the Colts were truly relying upon to man the nose tackle spot in their 3-4 defense, defensive coordinator Greg Manusky has had to lean hard on Tevaseu, who has played more in recent weeks due to Antonio Johnson's recent ailments.

One could argue A.Q. Shipley has played better at center than fellow free agent signee Samson Satele, who is chronically hurt and often lost when pass blocking. Again, Shipley isn't all-world, but he's been a solid grinder and a very critical depth signing.

The trade for Cassius Vaughn was one of the best moves Grigson made all season. He sent a fullback Bruce Arians had no intention of utilizing for a corner who, outside of Butler, has been one of Indy's best this year. Vaughn, whose pick 6 against the Titans in Week 14 was the catalyst for winning the game, continues to grow week to week. 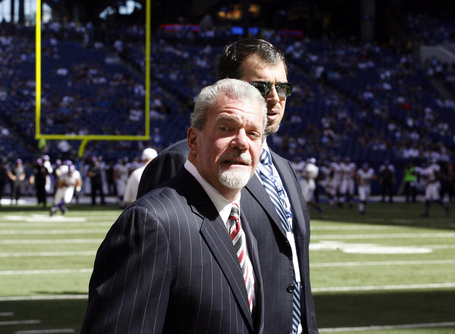 I harp on these under-the-radar moves because everyone else is going to focus on Grigson's outstanding 2012 draft class. Though the jury is still out on Coby Fleener (who might have the "bust" label pinned to his jersey when the season ends), there is no denying that Dwayne Allen, T.Y. Hilton, LaVon Brazill, and Vick Ballard were all outstanding selections. Toss in first-year contributors like Freeman and young talents like Vaughn, and the Colts have themselves are great, young nucleus going forward.

Much of the reason for that is Grigson.

Plus, it cannot be overstated how well Grigson and his staff handled Chuck Pagano's absence. They communicated their message clearly and consistently with coaches, players, and the media. They continued to look for and find players who fit what both Pagano and interim coach Bruce Arians wanted. They made it clear, from the outset, that this was Pagano's team, and that when he returned, that was it. Bruce steps down, Chuck returns, and the team keeps moving forward.

Excellent leadership. That is how a top-notch organization is supposed to handle things.

Also, when you win 10 out of 15 games with a roster completely turned over to the point where it almost felt like an expansion team... yeah, you're probably the Executive of the Year. I now think Ryan Grigson should get it, and that SB Nation's often bright and funny bloggers are collectively wrong in not awarding most of their votes to him.

Hopefully, the people who vote on the actual award (a.k.a, The Sporting News) will give it to Grigson. He deserves it over Elway, Bruce Allen, John Schneider, and anyone else.