Taking a look at what to expect on "Black Monday" this year - who figures to be fired?

As the NFL regular season draws to a close this Sunday, we are fast approaching the day coaches dread, which we call "Black Monday". This is the day that follows the last Sunday of the regular season, on which many coaches throughout the league are fired.

Just a year ago, those of us who covered the Colts had a big interest in Black Monday, as the Colts finished the season a league-worst 2-14. They didn't fire their coach (that came a few weeks later), but they did fire their vice chairman and general manager. Those two moves were the first steps towards the rebuilding effort led by owner Jim Irsay.

This year, the Colts are 10-5 and in the playoffs. Black Monday will pass just like any Monday this year. However, for many teams and cities, that is not the case. 20 teams will end their season on Sunday, and a record number of coaches (possibly double digits!) could be out of a job by Monday night.

Let's take a look at who those coaches may be: 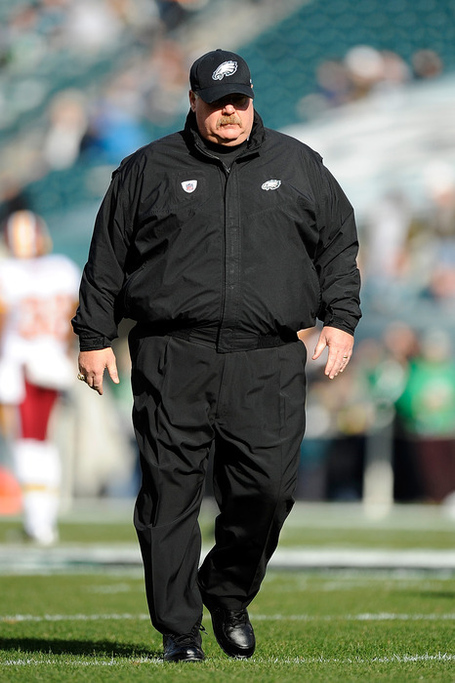 Reid is all but gone in Philly, with the Eagles just having the decency to keep him around and let him finish the season. Reid endured a long and successful tenure with the Eagles, making it to the NFC Championship game 5 times in 14 years. In 2005 he came very close to bringing the Lombardi Trophy to Philadelphia but lost to the New England Patriots by a field goal. The sports fans in Philly are hard to please, and Reid just never seemed to be enough for the Eagles and their fans. He was a heck of a football coach, but after an 8-8 season a year ago and a 4-11 season this year, it is understandable that the Eagles' ownership wants to make a change. Perhaps the biggest indictment of Reid is that his team has quit on him. Reid enjoyed a great run in Philly that, unfortunately, has been overlooked by the Philadelphia fan base. Maybe in a few years they will realize the great things that Reid did for their franchise. Andy Reid is all but gone in Philadelphia, but his legacy will remain and he will be coaching in the NFL again shortly. 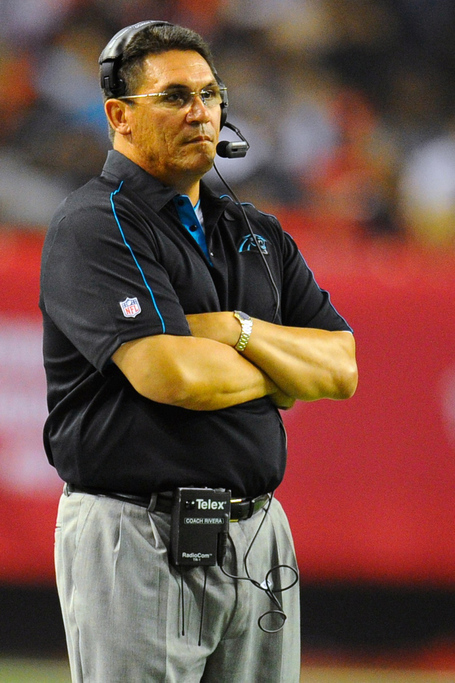 Former Panthers' general manager Marty Hurney, fired this past October, played a big part in the failure of the Panthers to take the steps forward that many, including myself, thought they would this year. With Hurney out, a new general manager is soon to be hired for Carolina who should (and very likely will) get to pick his head coach. Rivera is in his second year with the Panthers, and after a 6-10 year last year he again has 6 wins this year. Last year the team appeared to be on the upswing, this year they have just looked bad for the most part. Rivera has only had two years but has done little to show the new general manager that he is worth keeping. I don't expect Ron Rivera to be the head coach in Carolina much longer. 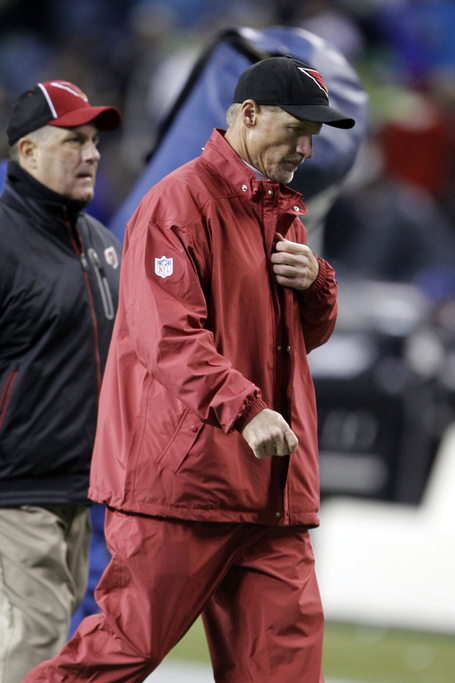 Just a few years ago, in 2008, Ken Whisenhunt had the Cardinals on the verge of a super bowl victory. Led by future hall of fame quarterback Kurt Warner, the Cardinals had played the Steelers down to the final minute before a Ben Roethlisberger to Santonio Holmes touchdown on an incredible play won it for Pittsburgh. Nonetheless, it was a great season for Whisenhunt and the Cardinals. This year - not so much. The Cardinals stand at 5-10, and are much worse than their record indicates. They have a talented team but no quarterback. Now in his sixth year, Whisenhunt may be coaching his final game for the Cardinals this weekend. I don't agree with firing him, but I think that he will take the fall for the Cardinals' woes this year and that he will be fired. Like Reid, I expect Ken Whisenhunt to get another job very quickly. 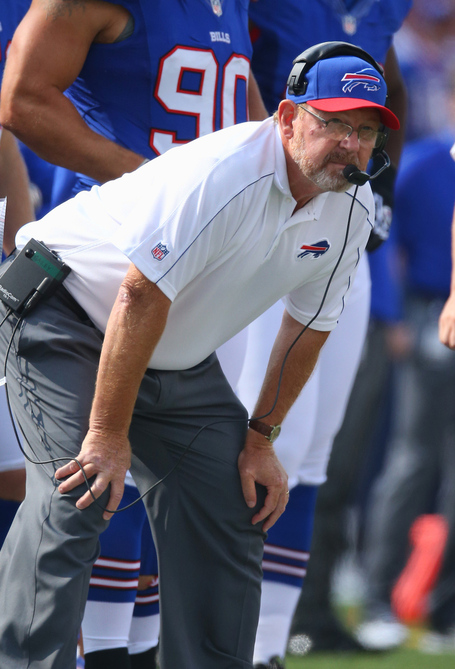 I expect the Chan Gailey era to come to an end after three years in Buffalo. The Bills are 5-10 this year, and much like the Cardinals have looked worse than their record says they are for much of the year. There may be a house cleaning in Buffalo, as general manager Buddy Nix may also be on the way out along with Gailey. [Note: The Colts beat the Bills at home 20-13 in week 12 this year]. 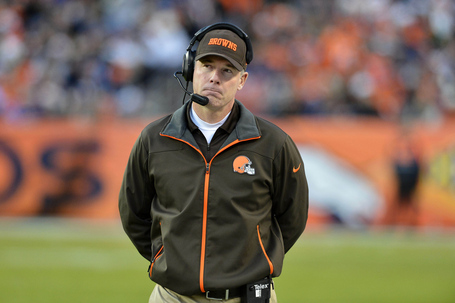 New Browns owner Jimmy Haslam has been on the job for just a few months, but that is long enough for him to have reached several conclusions about his franchise. Perhaps most notably that general manager Tom Heckert and head coach Pat Shurmur will not return. Earlier this season Haslam essentially replaced team CEO Mike Holmgrem with Joe Banner, and more changes are coming in Cleveland. In his second year with the Browns, Shurmur is 5-10, and though they have building blocks in place (Brandon Weeden, Trent Richardson), Shurmur likely won't get a chance to coach the two rookies any longer. Haslam will likely clean house and bring in his own guys, as he should. [Note: The Colts beat the Browns at home 17-13 in week 7]. [Note 2: NFL Network analyst Michael Lombardi is reportedly on Cleveland's short list of general manager candidates, which automatically links both New England Patriots offensive coordinator Josh McDaniels and Alabama head coach Nick Saban with the Browns head coaching job, per reports]. 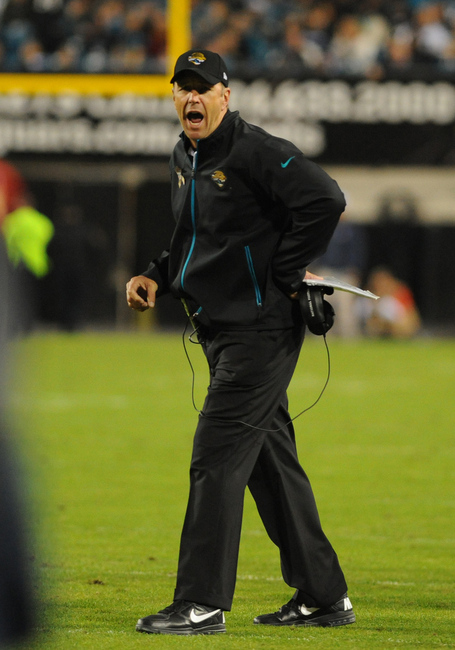 After only one year on the job in Jacksonville, a 2-13 disaster, head coach Mike Mularkey figures to be on the way out. New owner Shahid Khan will likely clean house and fire general manager Gene Smith and Mularkey. Whoever Khan hires next year will get the gift (oh boy!) of getting to deal with Tebowmania, as it seems very likely that Tim Tebow will be heading to Jacksonville. A tough test for any head coach. [Note: The Jaguars are currently the only team to beat the Colts in Lucas Oil Stadium this year, on a last minute touchdown in Week 3 on their way to a 22-17 win. The Colts beat them in Jacksonville 27-10 in week 10.] 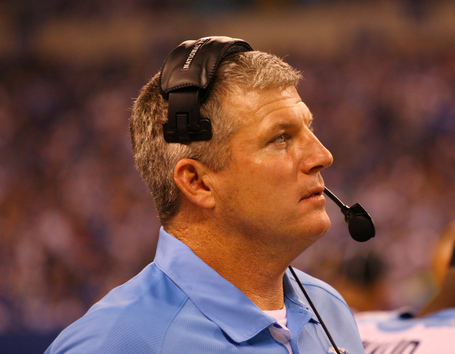 Titans' owner Bud Adams is not happy with the way the Titans have been playing this season on their way to a 5-10 record, and second-year head coach Mike Munchak could take the fall for it. I don't think he should be fired this year, but Adams isn't happy and change could be coming in Tennessee. [Note: The Colts swept the season series with the Titans, beating them in Tennessee 19-13 in overtime in week 8 and 27-23 in Indy in Week 14]. 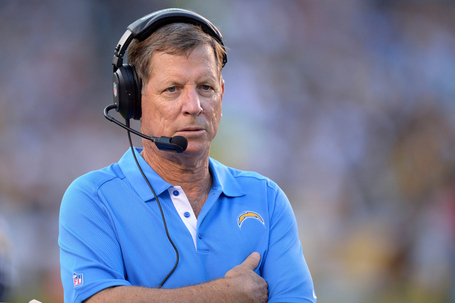 The Chargers are run by general manager A.J. Smith and head coach Norv Turner. Understand why they are a "disappointing" (depending on who you ask) 6-9 this year? The Chargers have kept Turner and Smith around for too long, but this year they will finally make the change. The house cleaning will finally happen in San Diego and the Chargers will finally be set back on the path to being a respectable NFL team. 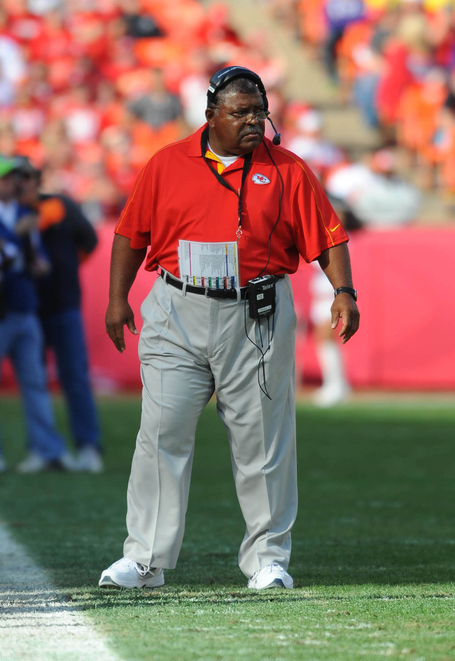 The Chiefs have been awful this year. Just awful. They have 2 wins all year and it feels like less. They have a talented team, but not at the most important position - quarterback. Head coach Romeo Crennel, in his first full year as the Chiefs' head man, will in all likelihood take the fall, but it seems that general manager Scott Pioli may be on the way out too. Chiefs' owner Clark Hunt is close to Pioli but the growing unrest among fans may lead to a change at both general manager. Former Colts boss Bill Polian is rumored to be a possible replacement should Pioli be fired. [Note: The Colts beat the Chiefs last week 20-13 in Kansas City].

Need to win to stay:

The Bears started 7-1 but are now 9-6 and on the verge of missing the playoffs. Longtime coach Lovie Smith may need to win this Sunday against the Lions to not only make the playoffs, but to keep his job. The Bears have collapsed two seasons in a row, and with an aging team, should the Bears lose on Sunday there may be a head coaching change in Chicago. If Lovie Smith gets fired, however, I expect him to also find another job shortly. [Note: The Colts lost to the Bears in Chicago week 1, 41-21]. [Note 2: I expect the Bears to win on Sunday, meaning that I also expect Smith to stay. However, should they lose, I think that Lovie Smith is gone].

Guys I think survive another year:

Guys who figure to get head coaching attention:

The NFL's 'Black Monday': Coaches And GMs Getting Shown The Door