Robert Mathis, Pierre Garcon, And Other Colts Players Goof Around In Drag For Jimmy Fallon

Share All sharing options for: Robert Mathis, Pierre Garcon, And Other Colts Players Goof Around In Drag For Jimmy Fallon 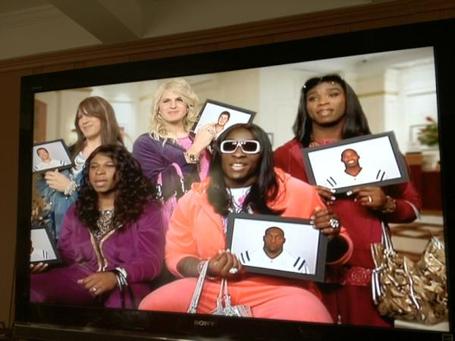 Of the five, I gotta say Pierre looks the best.

Dallas Clark was 'Sherry.' Orlovsky was 'Mary-Ann.' Pierre was 'Paris.' Antoine was 'Shay-Shay,' and Robert was 'Noelle.'

Probably my favorite part in the skit was when Fallon, also in drag, gets in a fight with Robert 'Noelle' Mathis and says, 'Call up Tim Tebow and have him pray for you, 'cause you gonna need it!'

You can watch the skit after the jump.

Robert should have 'Noelle' stitched on his jersey for the rest of his career after this skit.