FROM THE SADDLE (official team news)

Best of luck to Mr. Polian in his new ESPN gig. Honestly, he may not be the nicest guy in the world, but the man knows his football. Every time you listen to him, at least when he is actually answering questions, he is a very valuable source of football knowledge.

Enjoy it, BP. You're officially a "talking head" and I'm glad.

You're going to be seeing this mug on TV, again, very soon. 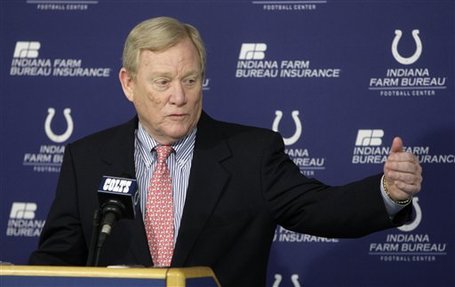