ESPN's Chris Mortensen, who is represented by the same talent agency (CAA) that reps Peyton Manning, gives us the big scoop:

Manning to Broncos...more coming on Espn

Adam Schefter then followed up with this:

From @mortreport and me: Peyton Manning will become the next quarterback of the Denver Broncos, barring unexpected snag in contract talks.

What this news seem to mean is that Peyton Manning has likely informed the Broncos that he has selected them. Now that he has picked them, Peyton's agent, Tom Condon of CAA, will take over and negotiate the contract. It's certainly possible that a snag could derail the Manning-to-Broncos express, but it is unlikely. The numbers we've seen, reported by Mike Klis of the Denver Post, are five years, $90 million.

So, Peyton goes from one team with a horse logo to another. I'll pat myself on the back and say I called Denver way back in January.

I think I can say we all wish Peyton the very best as he takes his talent to South Park... except when he plays the Colts.

Hey, at least he isn't wearing the Titans ugly uniform. 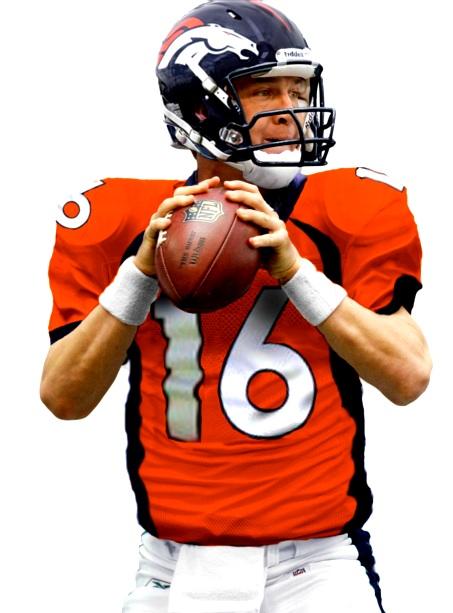