The first road game for Andrew Luck and the "new era" Colts is tonight in primetime against the Steelers. This is one of the very few primetime contests featuring the Colts in 2012, but if they put on a show similar to what they did last week against the Rams, look for NBC to try and squeeze Luck and his mates into more games during the regular season.

Consider this your open thread for today's game. You can also follow me at the following twitter handle: @StampedeBlue

You can also follow Austin Schindel, who is at the game for XFINITY Sports, tweeting out images like this one: 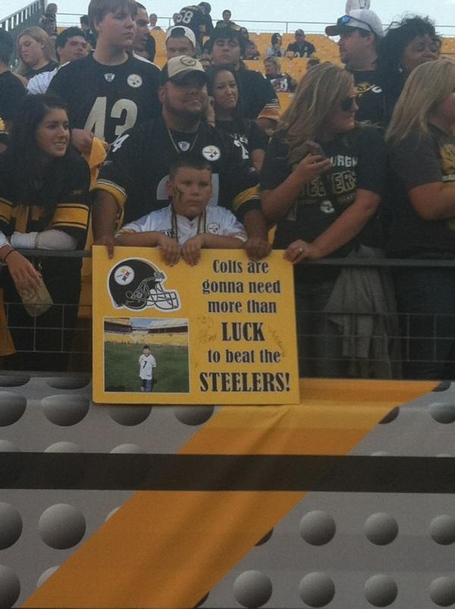