Jim Irsay, Twitter, A Picture Of a Naked Lady... Go!

Jim Irsay wants to show you how excited he is about the Colts being in the 2012 NFL playoffs.

It's Colts owner Jim Irsay on Twitter, again. What. Could. Possibly. Go. Wrong?

In fairness to Jimmy, it's not like this tweet was a mindless rant about age discrimination and class warfare. It's just a pic of him, in jeans and a tee-shirt, wearing an old 'Colts Champs' hat from (I think) 2006 while standing in a room with a picture of a naked lady hanging on the wall.

I guess the reason so many people find this pic humorous is that 1) Irsay is a billionaire with more money than pretty much anyone else in Indiana, and 2) he dresses like he just raided the clearance aisle at Kohl's. Also, his posture and dress in the photo don't really go along with his "TIME TO LET THE MONSTER FEED!!!! RAWWWWWWWWRRRRRRRRRRRRRRR!!!"-style prose. I'd expect an image more along these lines: 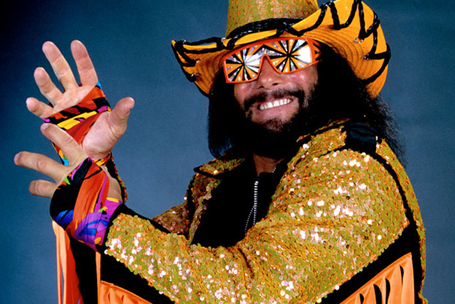 Instead, Irsay just kinda looks like he just got back from hanging out at an outlet mall.

Ah, but that's Jimmy, and after an off-season filled with schumcks likes me second-guessing every move he made, only to see pretty much all those decisions turn out to be the EXACT correct thing to do, he's earned the right to post a few weirdo pics of himself on Twitter.