Every week, Stampede Blue's Josh Wilson will take an in-depth look at Andrew Luck's game from the previous weekend. Today we look at his performance in the sixth game against the San Diego Chargers.

This is late, I acknowledge that, but at least it's here! Our weekly Andrew Luck recap got pushed back a few days because of the Colts playing on Monday Night Football and then, for whatever reason, NFL Game Rewind not putting the game up until 24 hours later. So, this is a bit late, but it's up nonetheless.

Monday night was Andrew Luck's Monday Night Football debut. And Monday night was a purely terrible performance by the Colts. They were outplayed and outcoached in just about every way, and the result was an ugly 19-9 loss to the San Diego Chargers. One person you can't really blame for the loss, however, is Andrew Luck.

Pep Hamilton called his worst game this year. The Colts dropped five passes, two of which might have been touchdowns. The Colts didn't really place the game in Luck's hands until the game was on the line with just minutes left in the game, and that's not fair either.

What we learned from this game is that the Colts need to place more in Andrew Luck's hands. It's unreasonable to dumb to think that the Colts will just change their entire offense around, and really, they don't need to. They have plenty of passing formations that work. The problem is that they take a lot of it out of Luck's hands and leave it to others. And I can guarantee you this: those other players aren't beating the Broncos this Sunday. Andrew Luck, however, is able to. And he can, if given the chance. I'm not saying abandon the run. I'm saying put more in Andrew Luck's hands, and I'm sure they'll see he can handle it.

Take away the dropped passes and Luck's completion percentage was 72%. Or, add in the drops as "on target" passes and Luck was on target for 76.7% of his passes. That's great. What we saw in the loss to the Chargers was not that this team is bad or that this team is a lost cause. What we saw was that this team has the very flaws that we thought they had all along but had tried to forget about, and what we saw was the clearest example yet that the Colts' franchise quarterback needs a bigger role. Give him more to do and I guarantee he'll do it. Take the handcuffs off of him. And if this loss causes them to do that, this loss could end up being one of the best things that happens to the Colts this year. 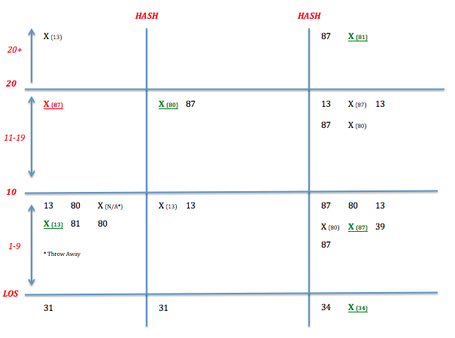 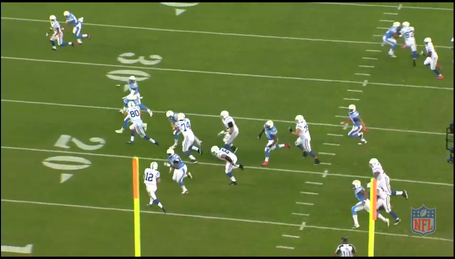 "If I had one pick in the entire league to start my team with today, I'd take Andrew Luck."

"The Colts are as lucky as a dog with fourteen bones in its bucket to have this kid."