Every week, Stampede Blue's Josh Wilson will take an in-depth look at Andrew Luck's game from the previous weekend. Today we look at his performance in the tenth game against the Tennessee Titans.

Once again the Colts trailed big in the first half. They were down 17-6 to the Tennessee Titans at halftime, and once again the offense hadn't done much to impress - and neither had the rest of the team, either.

As the second half began, however, the Colts quickly scored two straight touchdowns and took a 20-17 lead, going on to win 30-27. It won't go down as a fourth quarter comeback for Andrew Luck, but it was indeed a comeback. And once again, it was sparked by Andrew Luck.

The Colts still started off slowly, but Andrew Luck and the offense finished as hot as we have seen them play for weeks. Hopefully, that will carry over to this week's game as well.

Number of Drives: 10 (including a drive consisting only of 3 kneel downs to end the game) 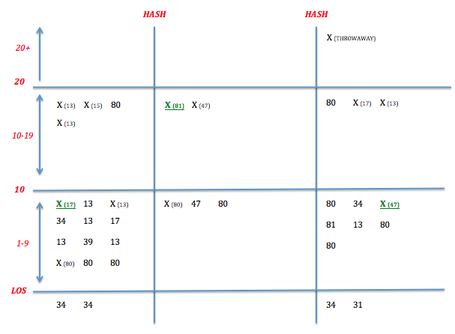