Every week, Stampede Blue's Josh Wilson will take an in-depth look at Andrew Luck's game from the previous weekend. Today we look at his performance in the fourteenth game against the Houston Texans.

If you were watching the Colts game on Sunday at 1:00 p.m., you might not have recognized the team wearing blue and white. And that's because we really hadn't seen the team that showed up this past Sunday since mid-October. This team got off to a fast start and got an early lead before cooling late but holding on for the win.

The Colts scored another first half touchdown on a shovel pass to Trent Richardson in the second quarter, and added with two field goals the Colts led 20-3 at halftime. The last time they had a lead of 17+ points? September 29th against the Jaguars, when they also got out to a 20-3 halftime lead and held on to win 37-3. There is no doubt that starting fast was something the Colts absolutely needed to do, and they finally did just that.

In the second half, Luck completed just 5 of 10 passes (50%) for 22 yards (2.2 YPA), 0 touchdowns and 0 picks, while rushing 3 times for 23 yards. In other words - it wasn't very good, but he didn't have to do much (thus the 10 pass attempts, and only one in the entire fourth quarter). Unlike previous weeks, the Colts actually started fast, and the defense held on, not allowing a single point in the second half and actually scoring 2 on a safety.

Andrew Luck did his job, getting the Colts out to a fast start and an early lead, and the defense finished it out. As head coach Chuck Pagano said on Monday, the Colts need to capitalize on opportunities and not just settle for field goals as often (3 this game), and that's right. They also need to work on putting together a complete game, because this wasn't - but at the same time, it was by far their best game since the bye week, and perhaps weeks before that even. The Colts actually scored first, and they led 20-3 at halftime behind 2 Andrew Luck touchdown passes. The result? A 25-3 win that was the most lopsided Colts victory since September 29th when the team won 37-3 over the Jaguars.

Number of Drives: 13 (not including one drive that consisted of just one kneel down to end the first half)

Number of Plays: 68 (not including one kneel down) 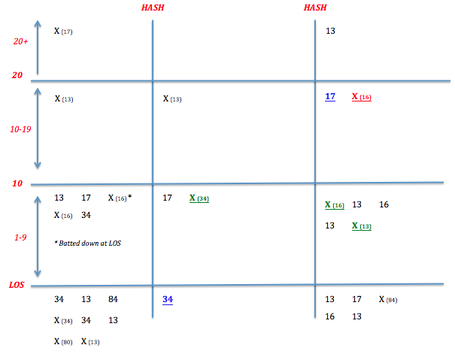 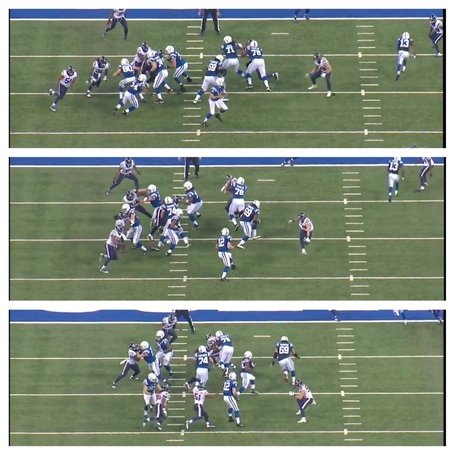 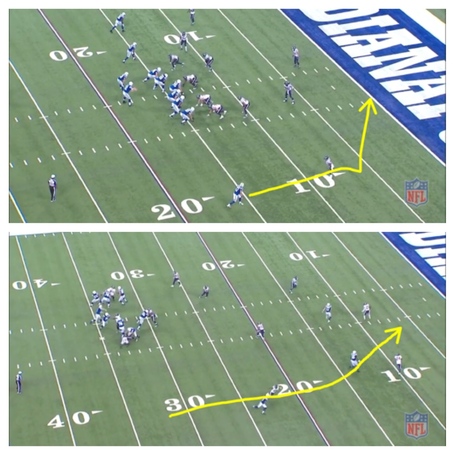 "Luck was leaps and bounds the best offensive player on the field Sunday, making any play he desired -- with his arm or legs."

"The Texans are still searching for the answer to Matt Schaub's 2013 collapse and the quarterback who will permanently replace him in 2014.

"The Colts found their next Peyton Manning with the No. 1 overall pick of the 2012 NFL draft. Less than two seasons later, former Stratford High star Andrew Luck has turned Indianapolis into the premier team in a weak AFC South and discovered how to consistently defeat the Texans during the same span.

"Luck is 9-2 in division play and 3-1 against the Texans. He's thrown nine touchdowns and just one interception versus the latter following the Colts' 25-3 stomping of the Texans on Sunday at Lucas Oil Stadium.

"Like the Texans, Indy has dealt with injuries, setbacks and disappointment this year. Unlike the Texans, the Colts have found a way to persevere through adversity. Luck has led the charge.

"He wasn't always on target Sunday, and Indy's lack of offensive execution was the only thing that kept a 22-point victory from being a complete trouncing. But Luck was again solid and dependable (19-of-32, 180 yards, two TDs, one pick, 82.8 rating), guiding the Colts to a 20-3 halftime lead that eventually became their first smooth win since a Week 4 blowout road victory over Jacksonville."