This game was boring up until the fourth quarter, as most Colts games have been this season.

As I noted in a previous article, Chuck Pagano’s pregame decision to bench Trent Richardson will likely have significant fallout within the organization. That move by Pagano essentially communicated to everyone that the trade for Richardson was a bust. I highly doubt general manager Ryan Grigson appreciates that. 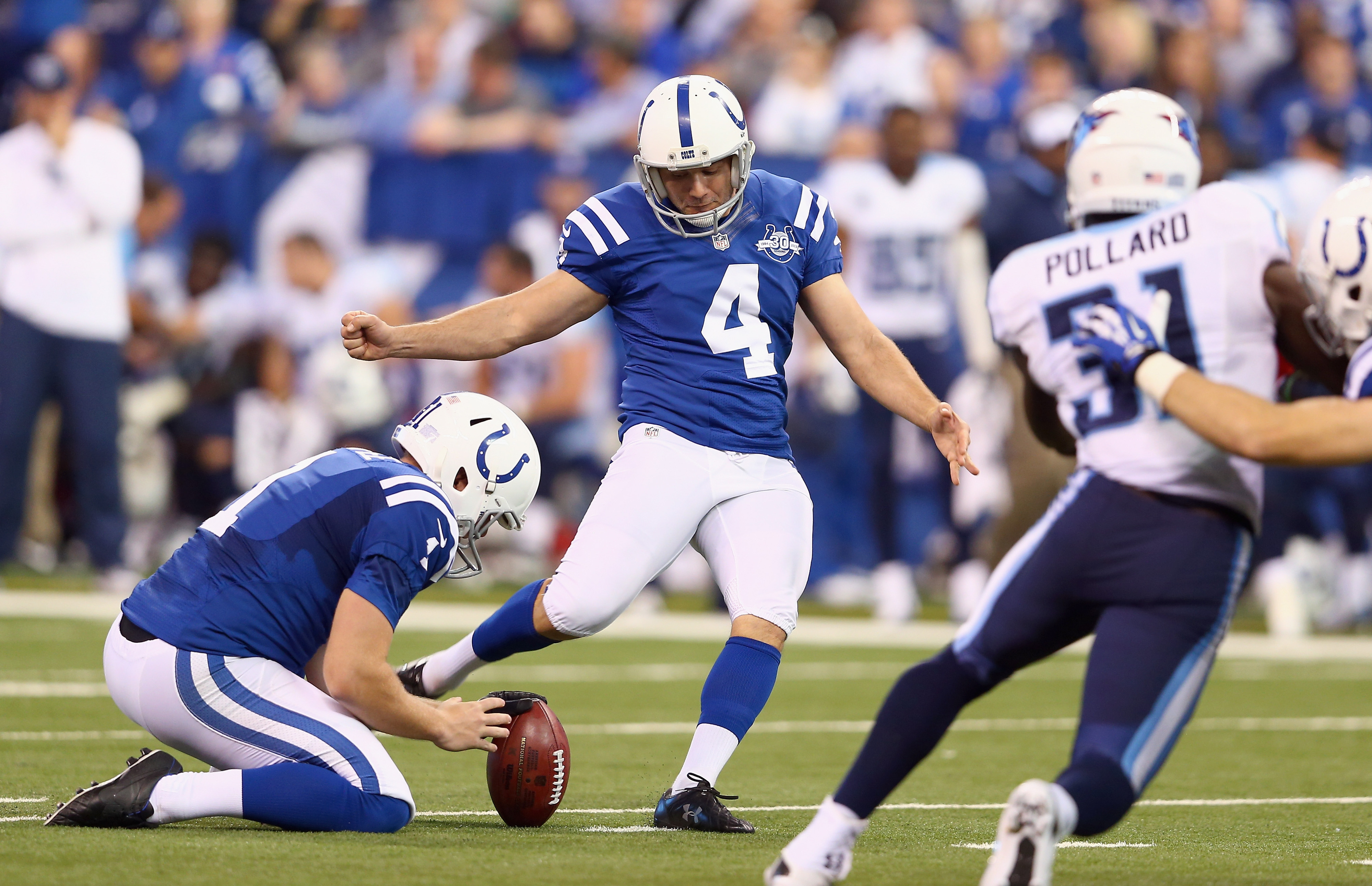 Adam Vinatieri was 5-5 on field goals against the Titans, tying a career high.

This was a key win for Chuck Pagano and his staff, but it came at a price. His decision to bench Richardson and offensive lineman Mike McGlynn is not something he can just sweep under the rug. The move points a finger at both players, fairly or unfairly, and blames them and the general manager who brought them to Indianapolis for the team's poor starts this season.

Yes, a win is a win and Indy has pretty much clinched the AFC South, but their performance overall on Sunday was hardly inspiring. Once again, their offense started slow, with Andrew Luck getting intercepted on the team's opening series of the game. Once again, it's not until the fourth quarter when the offensive line finally decides to block. Once again, another team ran all over the tens of million of dollars worth of veteran free agents that Ryan Grigson signed to help improve Pagano's defense.

It's a win that feels like a loss because, truthfully, this game is what the Colts are: Boring. Uninspired. Uninteresting.

There's nothing about this team that screams "contender" anymore. They look as though they just want to get to the playoffs and then mail it in just so they can brag that they got their "despite all the blah blah blah adversity," or some such nonsense.

I wish I could give you a more uplifting write-up, but my job isn't to cheer lead. This is not a particularly good Colts team, boys and girls. They should thank god and sunny Jesus that the biggest game of the season for them (thus far) featured Ryan Fitzpatrick as the opposing quarterback.