Fired: Which NFL Coaches Are Most Likely To Get Canned At Season's End

It's that time of year. The time when NFL owners and general managers point the finger at their respective head coaches and say, "It's your fault we suck."

Share All sharing options for: Fired: Which NFL Coaches Are Most Likely To Get Canned At Season's End

The one-time Colts assistant coach under Tony Dungy has done a solid job overall in Minnesota, especially considering the poor quarterback play he's gotten from Christian Ponder. However, the reality is his team is 4-10-1 in a bad NFC North division, and the trend in the NFL is moving away from defensive-minded head coaches to quarterback gurus. Teams win based solely on the play of their quarterback these days, and having a coach who can groom a quarterback is a more attractive option than, say, a coach like Frazier who is more concerned with running the ball and playing defense. 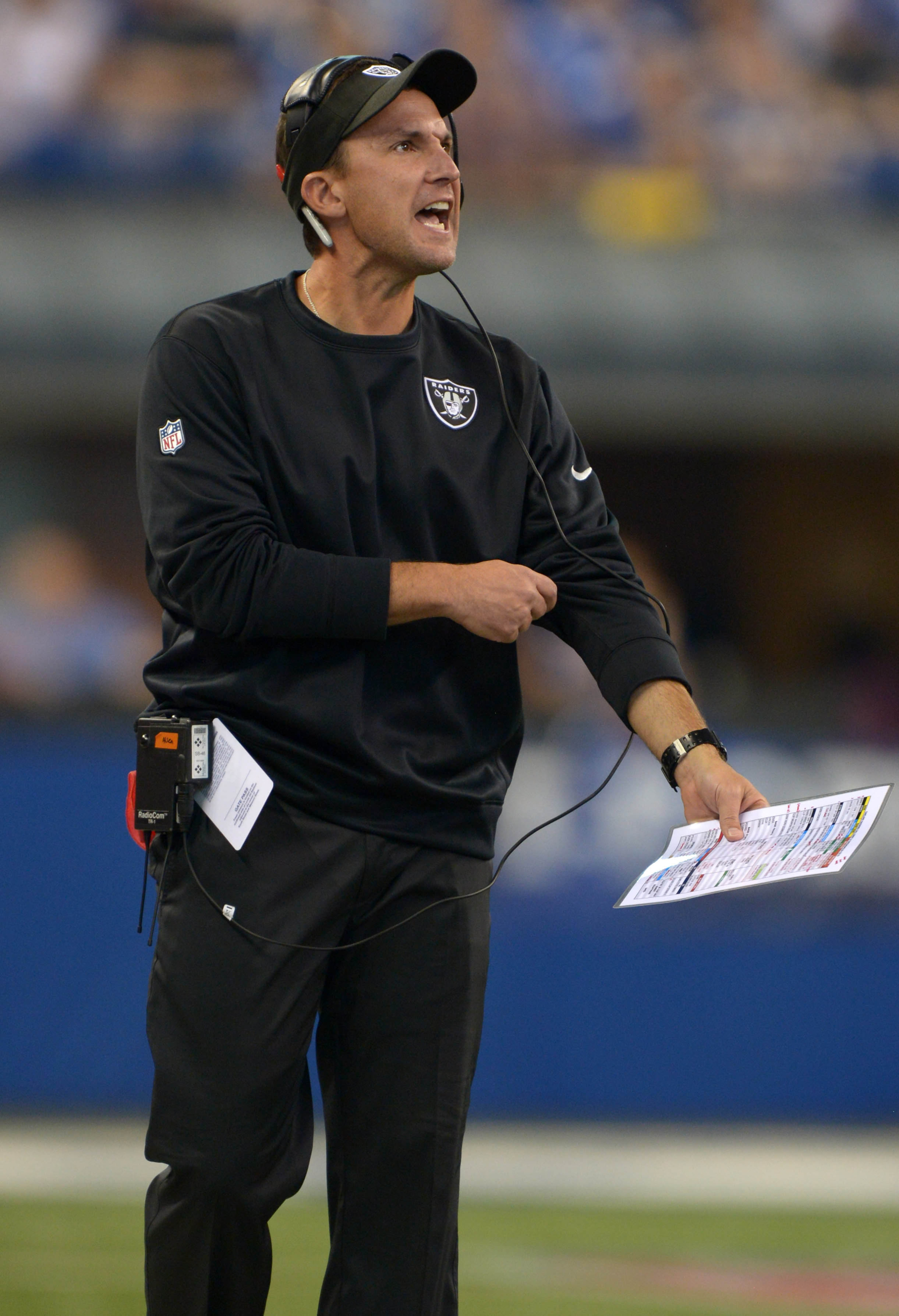 Not fair to fire this man.

After starting 3-1, the Titans have lost 8 games out of 11, including two 3-game losing streaks. Once again, they have struggled to win in their division, which is inexcusable in 2013 seeing as the AFC South is a joke. The team really never recovered from their November 10th loss to the Jaguars, which handed Jacksonville their first win this year. Munchak has had three years to right this ship, and has failed. Munchak is hoping he'll get internal support from his general manager, but the passing of longtime owner Bud Adams this year likely means the team wants a fresh start. The Titans haven't been to the postseason since 2008, back when Kerry Collins was their starting quarterback and Chris Johnson was a rookie.

It's less a job termination and more a "we're not retaining you." Phillips has acted as the interim head coach since Texans owner Bob McNair unceremoniously fired the best coach his franchise ever had (Gary Kubiak) after the team's Week 13 loss to the Jaguars. Since that firing, Phillips has gone 0-2 as the new coach, and the Texans have actually gotten worse. Despite what McNair thinks or says, this team is not as talented as many thought when the season started. They need a major overhaul, especially on offense.

Shanahan has done everything humanly possible to dare owner Daniel Snyder to fire him. Regardless of whether or not he dons a headset in DC next year, Shanahan is getting paid $7 million. The two-time Super Bowl winning coach may honestly not care if he's back or not. Shanahan gets paid regardless. Must be nice. Shanahan benched Robert Griffin III last week, a move that was seen as a giant "SCREW YOU, CHUCKLE NUTS" to Snyder, whose preferential treatment to RG3 has been well-documented. While Shanahan has hardly been the savior head coach he was touted when first hired, Snyder continues to redefine the modern stereotype of the out-of-touch, Napoleon complex NFL owner who is more interested in suing media that make fun of his stupidity rather than building a true contender.

This is a firing that seems unfair. Allen was handed a Raiders team full of gaping holes and very little cap space. That he and his staff managed to squeeze four wins out of this team while, at the same time, nearly fooling everyone into thinking Terrelle Prior was a real quarterback (seriously, Terrelle friggin' Pryor), shouldn't earn a pink slip. Alas, owner Mark Davis wants to make a splash hire. Rumors are that Jon Gruden will return to Oakland, a move that nearly all Raiders fans will cheer. Personally, I think it's wrong. Allen and his staff have done a solid job.

A report says he's already telling his players he'll get canned at season's end. If Jets general manager Gene Idzik had any second thoughts about retaining the fourth year head coach in NY, Ryan's blabbing to his players about his job status should end any doubts. Rex is toast, and, if you are Idzik, it's good riddance. Yes, Ryan did a masterful job coaching the Jets defense in 2013, especially considering that the team traded Darrelle Revis to the Buccaneers in the offseason. However, quarterback Geno Smith has looked terrible for much of the year, and if the Jets believe he can quarterback this team going forward, the offensively-challenged Ryan must go. That, and a G.M. simply cannot have his head coach talking to players behind his back about potentially getting fired. The Ryan Family has never been known for their professionalism. 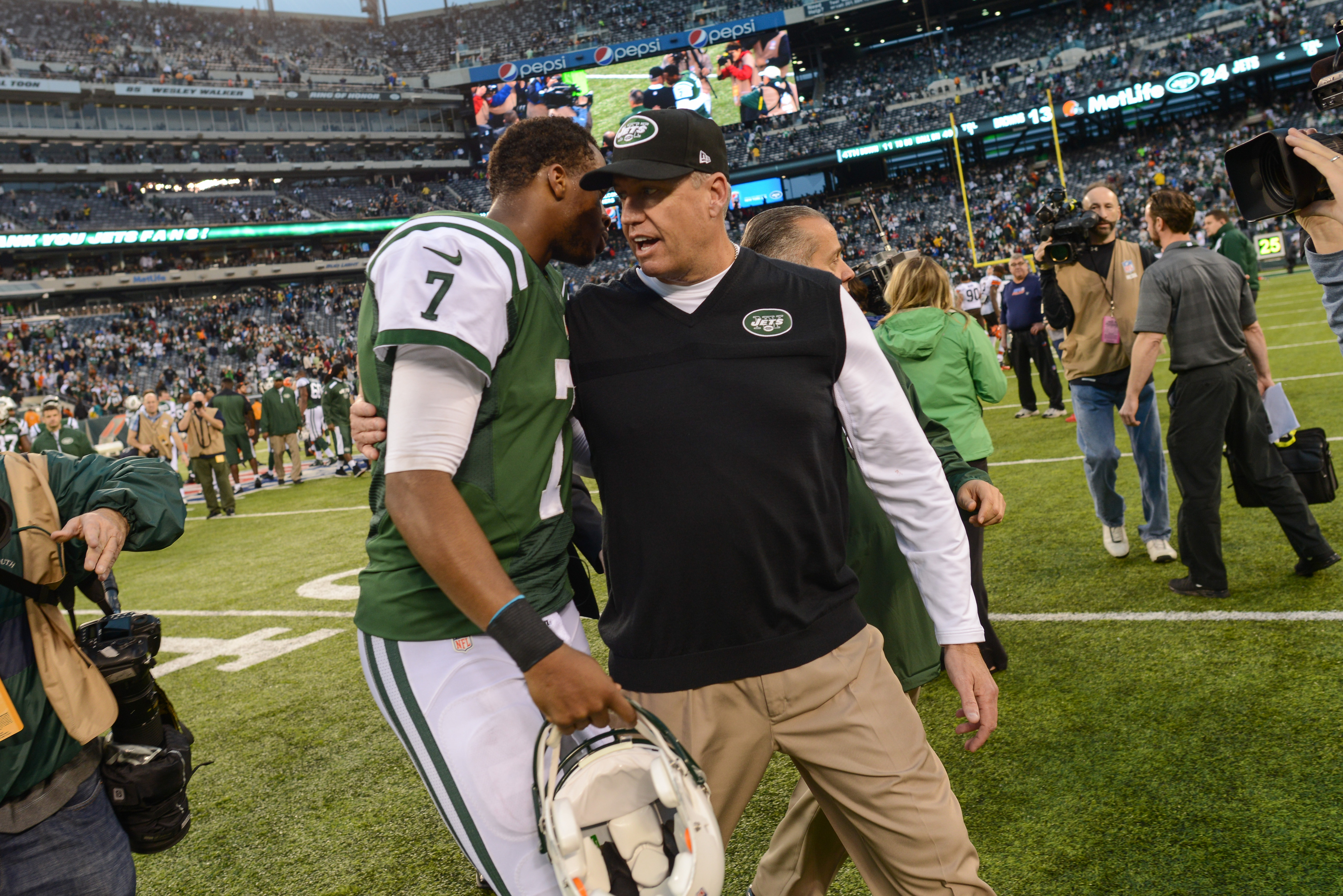 His team lost five of their last six games, blowing fourth quarter leads in each one. To add insult to injury, Schwartz was recorded verbally berating fans during Sunday's overtime loss to the Giants. On Monday, during his press conference, Schwartz initially denied the incident took place, but later confirmed - after being repeatedly asked questions on the topic - that he had indeed yelled back at fans. If Schwartz keeps his job, it means there is ZERO accountability in Detroit. Then again, this is the same franchise that took eight years to fire Matt Millen.

FIRED IF THEY MISS THE PLAYOFFS

It boils down to Sunday night against the Eagles. Maybe. If Garrett can get a win at home on the final game of the 2013 regular season, his Cowboys will advance into the postseason and he keeps his job in 2014. If he loses, Garrett's toast. However, the season-ending back injury for quarterback Tony Romo may give Garrett a reprieve from owner Jerry Jones' guillotine. Kyle Orton is expected to start in Romo's place, and the former Purdue standpoint has thrown a grand total of 15 passes in the regular season since 2010.

Tomlin has done a great job in Steeltown. However, his meddlesome team owners, the Rooney Family, won't be happy if the Steelers miss the playoffs two years in a row, a situation that appears likely. Look, there's no other way to say this but bluntly and without pretense: Pittsburgh is a racially charged town in that very few black men holding positions as head coaches or managers within key sports franchises, such as the Steelers and Pirates, or colleges connected to the community, such at Pitt or Penn State. Talk to anyone from Pittsburgh, and they'll tell you that fans aren't necessarily happy with Tomlin and that the reasons why go beyond his win-loss record. This is unfair to Tomlin, who has had to win games with two top assistants mandated to him by the Rooneys: Defensive coordinator Dick LeBeau and offensive coordinator Todd Haley. If the offensively inept Haley isn't fired after Week 17, it's a sign the Rooneys are standing firm on who they blame for 2013, and that's Tomlin.

He's won two Super Bowls in five years, but in between those two championship seasons has been a lot of bad football. Coughlin's regular season record since 2009 is 42-37, which is not far of from local rival NY Jets head coach Rex Ryan's 41-38 record. Yes, Lombardi trophies make a big difference, but Coughlin's coaching style rubs many the wrong way. He also has a confrontational relationship with NY media, who will pounce on Coughlin if the Giants struggle out of the gate again in 2014, as they did in 2013. The NFC East was weak this season, and the Giants had the talent to win it, even despite the injuries to players like Hakeem Nicks, Stevie Brown, Andrew Brown, and Victor Cruz. That they didn't even come close reflects poorly on Coughlin's coaching.

Atlanta's implosion in 2013 will need to be blamed on someone, and it's highly unlikely general manager Thomas Dimitroff is going to step up and take full responsibility for the Falcons crapping the bed. This team was expected to compete for a Super Bowl this season. Instead, they're likely picking No. 6 overall in the 2014 NFL Draft's first round. Smith has done a solid job, but he's a defensive coach who has been unable to get Atlanta to play anything that passes for suitable defense. Much of the blame there should land at Dimitroff's feet, but, as we often see in the NFL, GMs will throw anyone under the nearest bus in order to save their skins. This is a team built around quarterback Matt Ryan, and if the Falcons don't prove that 2013 was a fluke year, it'll be Smith that takes the bullet.

Philbin did a great job righting Miami's ship after the Jonathan Martin-Ritchie Incognito mess. However, Philbin's incompetence/ineptness in handling the situation as it festered and unraveled contributed to the mess in the first place. General manager Jeff Ireland is likely gone at season's end, which means a new G.M. will inherit Philbin. We all have seen this script play out before, and it typically ends with the new G.M. firing the inherited coach. Currently, the Dolphins are in the driver's seat to make the postseason as the No. 6 seed. If they lose Sunday at home against the Jets, it's possible Philbin could get fired along with Ireland.

How does this affect the Colts and other NFL teams?

Well, for starters, once Munchak is canned, Colts head coach Chuck Pagano will become the longest tenured head coach in the AFC South. Ponder that for a moment and, once you are done, I hope you'll realize just how insane that will be.

Also, when many of these coaches are handed pink slips, it will flood the market with several highly respected candidates for assistant coaching positions. Rex Ryan might be an unprofessional loud-mouth, but he knows how to coach a defense. Dennis Allen was a fine coordinator in Denver before he took the Raiders job. The smart money says he'll return there if Jack Del Rio leaves for a college head coaching gig.