Every week, Stampede Blue's Josh Wilson will take an in-depth look at Andrew Luck's game from the previous weekend. Today we look at his performance in the twelfth game against the Tennessee Titans.

For pretty much his entire NFL career, Andrew Luck has been under pressure. But you could make a good case that on Sunday against the Tennessee Titans, he was under more pressure than he has been in a game yet.

According to Pro Football Focus, Luck was pressured on 16 dropbacks, and all five of the starters along the offensive line finished with a grade of -2.0 or lower. Luck was also sacked five times. So while I could point to Luck's completion percentage being just above 50 percent (at 53.13%) or the fact that he only passed for 200 yards or his touchdown to interception ratio being minus one or his sub-par passer rating and QBR - but I'm choosing to focus more instead on what Luck did accomplish behind a terrible offensive line.

He wasn't great as a passer on Sunday, that's for sure. But at the same time, he made plays, and many of them without much help from his teammates (besides for the aforementioned offensive line struggles, starting wide receiver Darrius Heyward-Bey posted a -3.3 grade according to PFF and caught as many passes as he dropped - with the drop being as bad as it could possibly be). And, perhaps most impressively, Luck got it done on the ground.

If you take away two kneel downs to end the game, Andrew Luck ran the ball 3 times for 44 yards, including a 24 yard rush on 3rd and 2. Luck made plays on the ground and he made enough plays through the air. He needs to get better and the Colts need to finish drives instead of just settling for field goals. But while I won't ignore Luck's struggles (like overthrowing open receivers and misfiring on some others), I will say that on Sunday he didn't get any help from his team and, when the passing game wasn't at it's best, Luck made plays on the ground, continuing to show just how dangerous he is. Even on a day where he wasn't on the top of his game through the air and on a day where his offense didn't help him out one bit, Andrew Luck found ways to get it done, including on the ground.

Luck continues to impress, and at the same time he continues to show a lot of room for improvement. And that should scare the rest of the league - that this already impressive kid has a lot more room to grow and improve.

Number of Drives: 12 (not including a drive that consisted of just two kneel downs)

Number of Plays: 60 (not including two kneel downs) 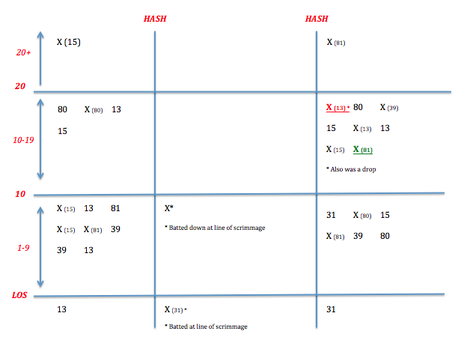 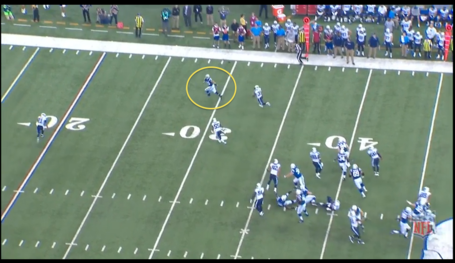 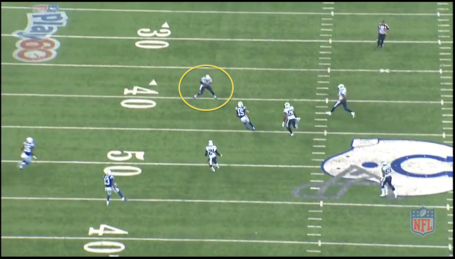 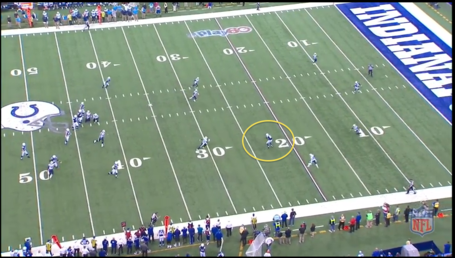 (from a few days before the game, former Colts head coach Tony Dungy's thoughts on Luck)

<blockquote class="twitter-tweet" lang="en"><p>Colts better figure something out with their protection schemes, or that brutal OL is gonna get Andrew Luck hurt. Titans are whipping them</p>&mdash; Jason La Canfora (@JasonLaCanfora) <a href="https://twitter.com/JasonLaCanfora/statuses/407234803969576960">December 1, 2013</a></blockquote>

"You have to wonder if there will ever be a time when quarterback Andrew Luck won't be able to pull himself up off the ground with all the hits and sacks continuing to pile up on the Indianapolis Colts' franchise player.

"Not even a lineup change on the offensive line could protect Luck against the Tennessee Titans."

"The Colts need to quit talking about running it and turn everything over to Andrew Luck. They are division champs, but they sure don't look like it."