The Jacksonville Jaguars Are Getting A New Logo

The 'Glitter Cats' of North Florida are getting a new logo, uniforms.

Share All sharing options for: The Jacksonville Jaguars Are Getting A New Logo

Our favorite little team in North Florida is getting a makeover. The Shahid Khan regime in Jacksonville has decided that a fresh, new look is in order for the 2013 Jaguars. Part of that makeover involved firing general manager Gene Smith and head coach Mike Mularky and replacing them with former Colts scout David Caldwell and former Seahawks defensive coordinator Gus Bradley.

The other part of the new look Jags is a logo change:

I'll admit that it doesn't look terrible, but anything is preferable over the spotted, teal-tongued hairball that passed as a logo for them since, I believe, 2001. For this new logo, the teal seems to have spread from the tongue to the nose and eyes.

Will they still have the glitter in their helmets? Please say yes, Mr. Khan.

Personally, I think these other logos are a bit more appropriate: 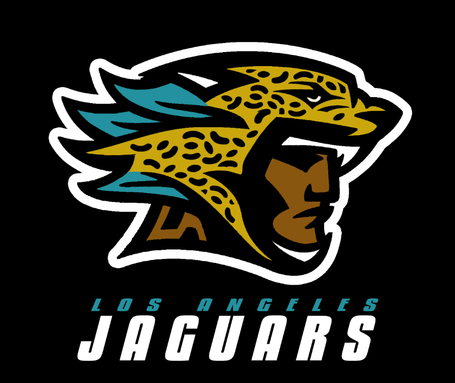 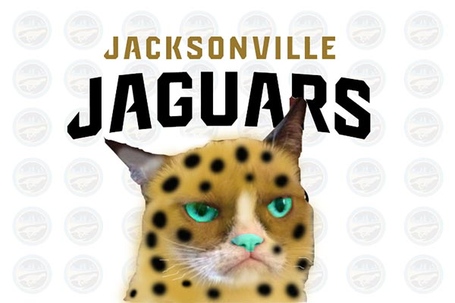 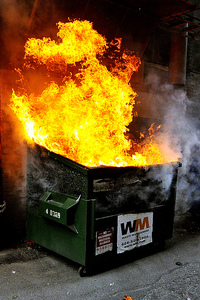 We will now take this time to do what everyone else is doing and say that the residents of greater Los Angeles will likely LOVE the new look Jags when the franchise moves there in 2014. Also, no one goes to see Jaguars games in Jacksonville (TARPS!!!), and Tim Tebow should SOOOOOOOOOOOOOOOOOOO be their quarterback.

There. I think that covers pretty much all the perceptions surrounding the Jaguars, regardless of whether they're true or not.

In fairness to the fans of the Glitter Cats, it seems that the franchise is finally getting some good people to run the show there. Bradley is a well-respected defensive coordinator who deserved a head coaching gig. I think the jury is out on Caldwell (I heard mixed about him within the Colts organization), but he is certainly an upgrade over Smith.