Jim Irsay: Jeff Saturday Will Sign With Colts And Then Retire

One-time center Jeff Saturday will sign with the team and then retire as a member of the Indianapolis Colts.

It was a widely known secret among pretty much everyone in media who covers the Colts, but today team owner Jim Irsay confirmed it: Onetime center Jeff Saturday will sign with the team and then retire as a member of the Indianapolis Colts.

Saturday played thirteen years in Indianapolis and one year in Green Bay. The Packers cut Saturday this year after they were ousted from the post-season by the 49ers. In his career, he was selected to four All-Pro teams and five Pro Bowls. He won a Super Bowl during the 2006 season with the Colts.

Saturday's legacy on the field is nearly overshadowed by the work he did off it, in particular the the massive role he played in negotiating - on behalf of the NFL Players Association - the 2011 collective bargaining agreement with the NFL owners. The image of Saturday hugging Patriots owner Bob Kraft outside a DC law firm office signaled the end of a long owner-imposed lockout of the players. 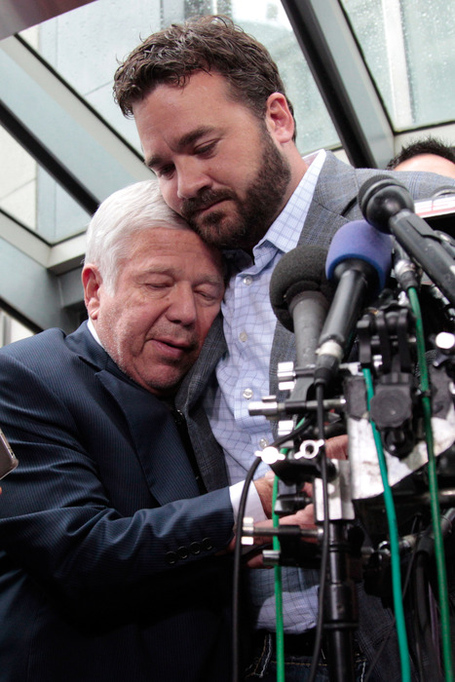 It's unclear if Saturday's number will be retired or if he will be enshrined in the team's Ring of Honor, but one thing is known: Few offensive linemen had the impact on one franchise and an entire league as Saturday did with the Colts and the NFL in a fourteen year career.

Saturday went undrafted out of North Carolina, but was eventually signed as a rookie free agent by the Baltimore Ravens in 1999. They released him in June of that year, but he was eventually picked up by the Colts. He started his first game in November of 1999, playing guard against the Philadelphia Eagles. In 2000, he switched to center and started all 16 games.

The rest, they say, is now history.