Grading free agency in March is pure silliness, but we're going to do it anyway because we're bored and enjoy fan ridicule.

Please note that all these grades are subject to change depending on future signings and the 2013 NFL Draft. Also note that, back in 2011 when the Philadelphia Eagles were assembling the "dream team," everyone and their mother gave them an A+ grade.

How'd that work out for them?

That said, here are my grades for the Indianapolis Colts free agent moves thus far in 2013, which break down into 'GOOD SIGNINGS,' 'SOLID SIGNINGS,' 'I'M ON THE FENCE,' 'INDIFFERENT,' and 'DUMB'. 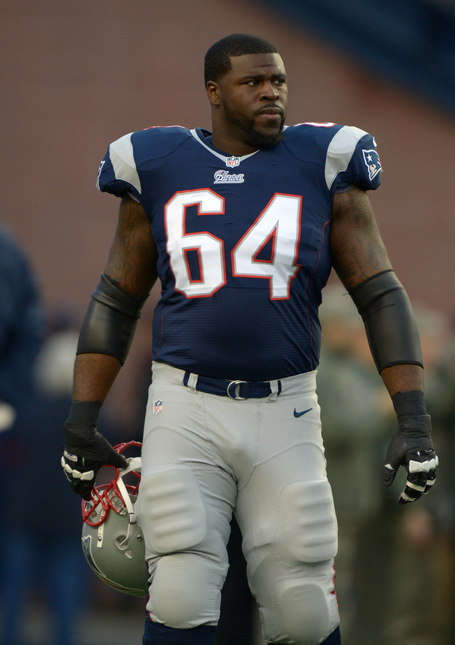 The interior of the Colts offensive line was truly terrible in 2012. How many games did we watch where Andrew Luck had to scramble right or left, out of trouble, because pressure was coming up the middle and into his face?

The top three "name" guards available in free agency were Brandon Moore, Andy Levitre, and Louis Vasquez. Pro Football Focus (PFF) had those three free agents ranked in that order at their position, respectively. The No. 4 top guard they had ranked was Thomas, checking in at a +11.2 ranking. Considering Thomas got a four-year deal worth $14 million while guys like Vasquez (4-year, $23.5 million) and Levitre (6-years, $46.80 million) made a boatload more, I'd say that was a good job on Ryan Grigson's part of acquiring a quality guard at a good price. Interesting side note: Brandon Moore still hasn't signed with anyone as of this writing.

This signing suggests the Colts aren't going to just sit on their hands and hope Brandon McKinney and Josh Chapman get better. Chuck Pagano's hybrid 3-4 scheme simply does not work without a reliable, stout nose tackle. Franklin fits the bill, having experience in the system when working with Colts defensive coordinator Greg Manusky in San Francisco a few years ago.

We discussed how Hasselbeck will be able to help third string quarterback Chandler Harnish better prepare to play in a West Coast system. Ryan Grigson is not going to allow an inexperienced quarterback to cost him his job the way Curtis Painter contributed to the ousting of Bill Polian. 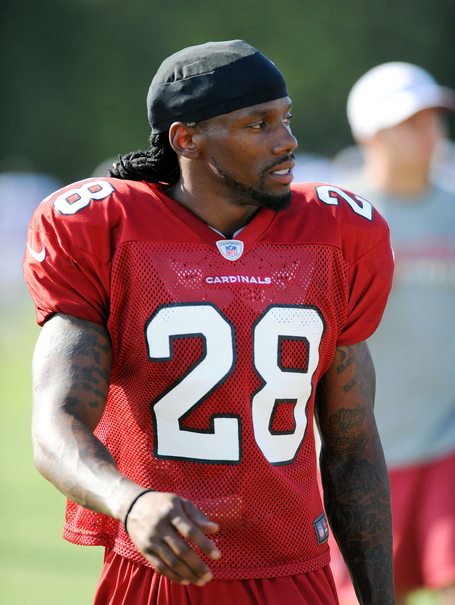 Many have looked at the Toler signing as a head-scratcher. Not me. He was one of the first of the Colts free agent signings that I watched tape on, and I came away impressed. On tape last year, he was better than Jerraud Powers or Darius Butler. He's a physical corner who can run and play man-to-man well. I like his tackling too.

Toler also had a knack for making big plays. Because the Cardinals finished their season going 1-11 after a 4-0 start, people forget that they had an outstanding defense in the desert last year. If they'd had even a mildly decent quarterback, they could have made the playoffs last season over a team like, say, the Minnesota Vikings. Toler was an important factor in their defense, and the two plays that jumped out at me were his 102-yard interception return for a touchdown against the Lions in Week 14 and his leaping fumble-save near the sidelines in Week 10 against the Falcons.

I'm glad the Colts opted to re-sign Butler over Jerraud Powers. Quite simply, Butler is better and has less of a tendency to get hurt during the season than Powers does. Butler turned his career around in Indianapolis last year. His 22 tackles, 4 picks (one for a score), and 7 passes defended provided excellent production for a talent-starved secondary.

Butler is best suited as the team's slot corner, and with Toler and Vontae Davis on the outside, fans should feel very good about the Colts secondary this upcoming season. 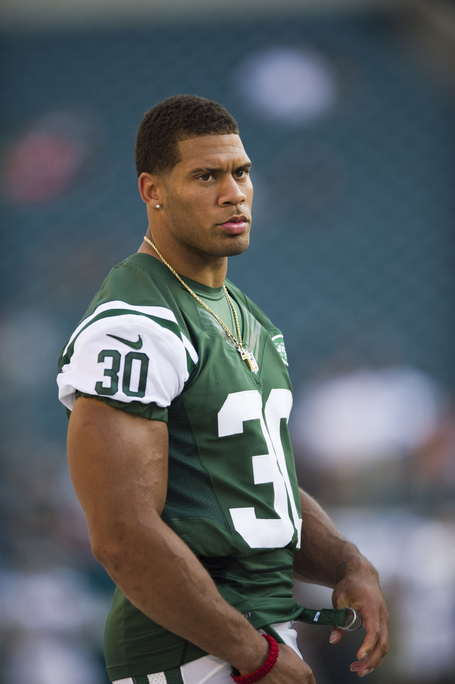 I'M ON THE FENCE:

I'm glad Grigson addressed safety in free agency. I'm also glad he got a playmaker like Landry. If you watch his footage from last year, Landry exploded all over the football field. Ball-carriers, wide receivers, and quarterbacks got legally lit up by Landry on a regular basis. The guy played like his hair was on fire!

The LaRon Landry who played under a one-year deal with the Jets last year (and looking to get a big pay day when 2013 free agency began) is very different than the disappointment that played in Washington for five seasons. Remember, Landry was the No. 6 overall pick in the 2007 NFL Draft. He was taken ahead of Darrelle Revis and Adrian Peterson. I'm sure Washington fans love being reminded of that. After five uninspiring seasons in DC, the team let him walk. He signed his one-year deal with New York and played like a legit Pro Bowler.

The question is, will the Colts get the Landry from last year (clearly playing for a big pay day), or the Landry who flamed out in DC?

Offensive line was a big priority in free agency, and getting a durable, talented tackle like Cherilus was a good step in the right direction. But, $34.5 mill for a right tackle? Consider that former Dolphins left tackle Jake Long signed a four-year $34 million deal with the Rams. I think Cherilus is a fine player, but Long seems better and much more versatile. Long is more suited to play right tackle these days, but he can slide to left if anything happens to Anthony Castanzo. Cherilus can only play right tackle.

And speaking of Castanzo, the Colts are paying their right tackle significantly more than their left tackle. That's not the norm, and if I'm Castanzo's agent, I'm nudging Ryan Grigson and whispering "extension" in his ear.

In fairness to Cherilus, and to stay consistent in these evaluations, PFF ranked him as the No. 3 best overall tackle in free agency at +23.5, ahead of Phil Loadholt and Sebastian Vollmer. Jake Long was ranked 23rd overall.

I talked to a few people who cover and root for the 49ers, and all said the Jean Francois signing was a classic example of a team (Indy) overpaying for a marginally talented, rotational player. PFF ranks RJF as the 22nd overall interior defender available in free agency.

I like the signing because defensive end was a need and because he is indeed versatile. He can play both DE positions in a 3-4, and on 3rd down he can play the nose. However, for a guy who has a career 3 sacks and 33 tackles, that's too much cap dedicated. 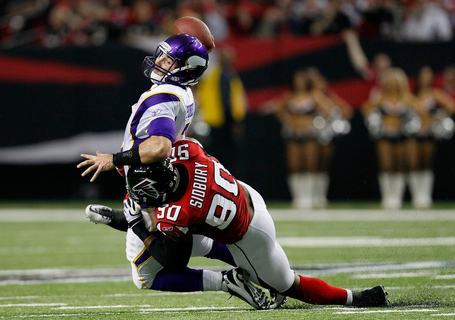 The Colts seem to want to convert Sidbury from a defensive end to a linebacker. It's an interesting signing that yields little risk and good potential if it works.

Acquired via a trade with the Philadelphia Eagles with three years and roughly $1.3 million left on his rookie contract.

The Colts trading for Havili counts as a free agent acquisition because he figures to have more an impact on the 2013 roster than the player Indy sent to Philadelphia in exchange for Havili: DE Clifton Geathers. Colts offensive coordinator Pep Hamilton plans to implement a West Coast-style offensive scheme this season, and such a scheme requires a real fullback, not an H-Back. At 6'0, 245 lbs, Havili seems to fit the bill. 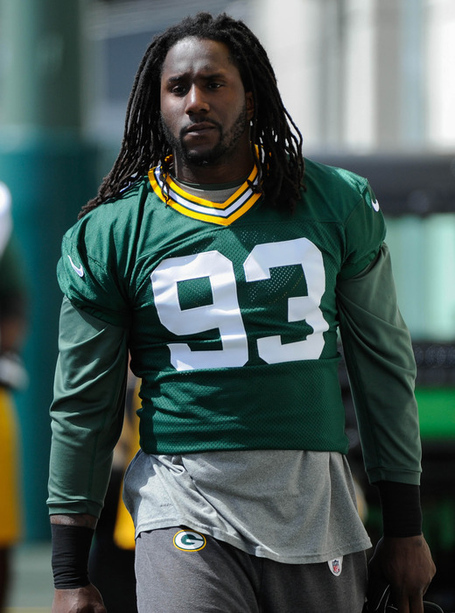 This is nothing against Walden. After watching six of his 2012 games on tape, I think he's a good linebacker. He sets the edge pretty well and is decent in coverage. However, there is nothing on his tape or his resume that justifies four years, $16 million. That's pass rusher money, and Walden is NOT a pass rusher. The Packers were desperate for a complementary pass rusher opposite Clay Matthews last year after rookie Nick Perry went down. Walden tried to fill the void, and wasn't successful. One of his three sacks last season was a coverage sack on Sam Bradford.

When you consider that the Seahawks were able to land Cliff Avril for two years at $13 million, it makes you really wonder WTF Ryan Grigson was thinking inking Walden to four years, $16 million. Avril is counting roughly $3.75 mill against Seattle's cap this year. Walden counts $3.25 mill against Indy's.

Sam Monson at PFF told me that he thinks the Colts-Packers game in Week Five influenced Grigson's decision. He might be right. That game was Walden's best of the 2012 season, and it was due in large part to the ineptness of the Colts offensive line.

There is obviously nothing wrong with getting a good outside linebacker to hold down the fort against the run. However, those kinds of players can be signed for peanuts. The money and cap space dedicated to Walden could have gone to a pass rusher, and in the modern NFL stopping the quarterback supersedes stopping the run.