For the Colts at pick No. 24, Stampede Blue chose UCLA defensive end Datone Jones over other options like wide receiver DeAndre Hopkins (who eventually got mocked to the Texans).

Share All sharing options for: The First Round Of The 2013 SB Nation Writers' Mock Draft Is 'Fin'

For my 8th year in a row, I was part of the SB Nation NFL Writers' Mock Draft. The first round of the 2013 mock draft completed this week. Congrats to Dan Kadar for seamlessly organizing and conducting the mock. The second round will begin today, but my involvement is complete. The Colts do not have a second round pick in 2013.

And, no, there are no trades in this mock. Sorry, but we value Dan's sanity. 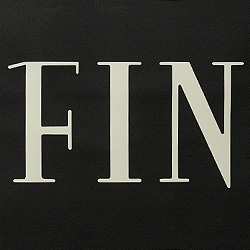 For the Colts at pick No. 24, I chose UCLA defensive end Datone Jones over other options like wide receiver DeAndre Hopkins (who eventually got mocked to the Texans). My reason for taking Jones:

"I’ve done mock drafts like these for SB Nation for eight years, and this year was the hardest. At pick No. 24, there were literally four players left on the board that I REALLY wanted to take. They included NT Jesse Williams, OLB Damontre Moore and WR DeAndre Hopkins. However, based on most big boards I’ve seen, Datone Jones is the better player left available, and, at this pick, that’s the player the Colts will want. It also happens that Jones fills a big need: interior pass rusher.

"Yes, the team signed versatile DE-NT Ricky Jean-Francois to a contract that left many scratching their heads, but that doesn’t mean the weaknesses along the defensive line were adequately addressed. As Stampede Blue’s Matt Grecco noted in his scouting report on Jones, 'this guy was made to play the DE in a 3-4 scheme, with both his size and abilities, and by sheer coincidence the Colts are pretty thin at the position, with many people thinking this is where they'll go in Round 1.'

"It kills me that I can’t take a truly impressive receiver like Hopkins, giving Andrew Luck another weapon to wreck havoc with on opposing defenses. However, last year the Colts dedicated eight of their ten picks to players on offense. The results were that their defense in 2012 was just about bad as the unit that ultimately led to their 2-14 season in 2011. The Colts need blue chip players on defense if they mean to contend, and it just so happens that the best player at No. 24 is, indeed, a defensive player that fits a BIG need."

Some things worth noting: