The 305 pound Schmeig takes Shipley's roster spot, leaving the Colts with three centers, two of them being rookies.

Following the Colts asinine move to send reserve center A.Q. Shipley to the Ravens in exchange for a conditional draft pick in 2014, the team filled the roster hole by signing undrafted rookie center Rick Schmeig.

AH HA! Now we know the reason why Grigson made that stupid trade!

If I'm Vontae Davis (Illinois), Hugh Thornton (Illinois), Pat Angerer (Iowa), and Brandon McKinney (Michigan State), I'm looking over my shoulder. Notice how there are no players on this roster from Ohio State, Michigan, or INDIANA UNIVERSITY?

BUT NOW WE HAVE A PURDUE GUY REPLACING A PENN STATE GUY!

In two years the team name will be changed to the Indianapolis Steam Pipers. The Colts mascot, Blue, will be replaced by a weirdo carrying a sledge hammer that looks like a cross between Tedy Bruschi and Popeye The Sailorman. 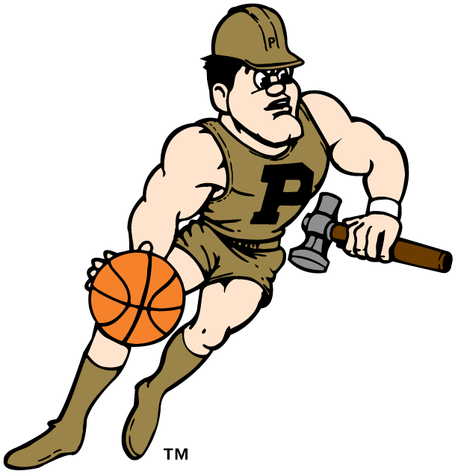 You watch! Mark my words!

Oh, and, yeah... Schmeig is 6'3, 305 pounds. He was a versatile lineman at Purdue, best suited to play center or guard. He is expected to attend the Colts rookie minicamp, which begins Friday, May 10th.