In the span of one year, the Indianapolis Colts went from barely selling out home games to a wait list of 8,000 people looking to get their hands on 1,100 season tickets.

Share All sharing options for: Colts Only Have 1,100 Season Tickets Available For 2013

Last year this time, I was writing lots of stories about how fans had abandoned the Indianapolis Colts. Of course, this made me very popular with people.

I'll be the Grand Marshall of the Indy 500 this year, if you didn't already know. I'm also Batman, and winged monkeys fly from my butt whenever I sing Liza Minnelli show tunes in the shower.

Now that I've infected your brain with that lovely image, here's an update on the Colts season ticket situation for 2013:

Approximately 1,100 season tickets remain, according to chief operating officer Pete Ward. Less than a month ago, the number hovered around 5,500. The team had a waiting list of approximately 8,000 at the end of the 2012 season.

"We thought there would be a high demand," Ward said. "We didn’t expect they would go this quickly. It’s nice."

Season tickets have yet to go on sale to the public. Individuals on the waiting list are give the first chance to purchase them.

In the span of one year, we went from barely selling out home games to a wait list of 8,000 people looking to get their hands on 1,100 season tickets. The team is back to ticket sales levels from the Peyton Manning era.

Since I'm such the popular guy when it comes to calling our fanbase out for the 'FAIR-WEATHER' deadbeats we sometimes are, I'll type out what many who cover the league have told me privately:

Chuck Pagano cancer, and his return to coaching following an eleven game absence, was a big reason why fans came back to the Colts.

Sure, an 11-5 record didn't hurt, nor did the miraculous, late-game heroics of THE GUY WHO SHOULD HAVE WON OFFENSIVE ROOKIE OF THE YEAR!!!

All those things factored into fans flocking back to the team, but the Pagano cancer story was what people really connected with. This was important for the Colts to establish: A head coach the public actually liked!

And despite him making the correct decision to cut Peyton Manning, gut an old roster, and toss out the Polian Brood, team owner Jim Irsay still isn't viewed all that favorably by many fans.

I have yet to meet any fan who has a negative thing to say about Pagano.

For someone like me, it's obviously a good thing that fans are re-energized and are back into loving the Colts. Makes my job easier.

Now, if you will excuse me, I'm off to take a shower with my flying monkeys.

Yep, I went there. 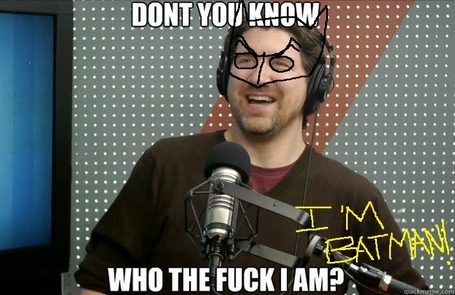