After signing 11 veteran free agents this offseason, fans starting to believe that Ryan Grigson and Chuck Pagano have finally built their monster.

Our own Josh Wilson posted his round-up of media observations of the 2013 Indianapolis Colts after their open minicamp practice on Wednesday. For this article, I'm pulling in some things you readers saw at the practice. Overall, it seems both media and fans are on the same page with who looked good on Wednesday.

The rest of neel.matches's observations from the Wednesday practice are here. Check them out and rec the FanPost!

Like the reports from Indy beat writers and our own Stampede Blue bloggers, Greg Toler continues to impress in the offseason. His best moment of the day came when Luck threw to his check-down receiver, overthrew him quite a bit, and Toler made an impressive interception low to the ground that would have been a pick six. Actually, the defensive lines were practicing on that side of the field, and they stopped, cheered and let him run it in for a TD, fun moment. Something I also noticed that was interesting, Greg Toler was lining up against Reggie and Vontae was lining up against DHB.

Speaking of Vontae, he's really come out and looks like he's giving his 100% all the time. I remember watching Hard Knocks last year and I questioned his motor. It looks like he's "grown up", and his full attention is on practice and getting better. A very exiting thing to see.

Check out the rest of Bommit91_Go_Colts's minicamp notes here. Check them out and rec the FanPost, pretty please!

@stampedeblue I thought Toler made some good plays. Landry is straight up yoked. I want his personal trainer.

Toler, Whalen, Landry, Luck, and Moore seem to be the big stars of this offseason. It will be very interesting to see how their improvement will look at training camp in six week. 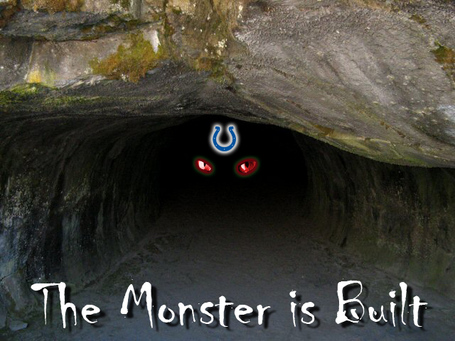