Every week, Stampede Blue's Josh Wilson will take an in-depth look at Andrew Luck's game from the previous weekend. Today we look at his performance in the third preseason game against the Cleveland Browns.

ENTERING the 2013 season, I was absolutely confident that Andrew Luck would see big improvement from year one to year two.

Now, I'm not so sure that I didn't underestimate just how much he would improve.

There's really not many words that we haven't already exhausted to describe just how good Luck is. In fact, perhaps the most telling thing that I can say of just how good he is following the Colts' 27-6 win over the Cleveland Browns in the third preseason game is this: he made nearly every throw right on target, and yet the fact that he didn't make one of those jaw-dropping "WOW!" moments kind of surprised me.

It may be a bit of a joke or a stretch to say that I have come to expect those type of jaw-dropping plays from Luck, but he makes them so often that there's a lot of truth to that statement as well.

While he didn't make any of those remarkable plays on Saturday night, he did indeed make several great throws that just reminded us how good he has become.

Let's take a look at his performance in the third preseason game, the one where the starters play the longest. Luck and the other starters played in to the third quarter before being removed, and they looked good too. 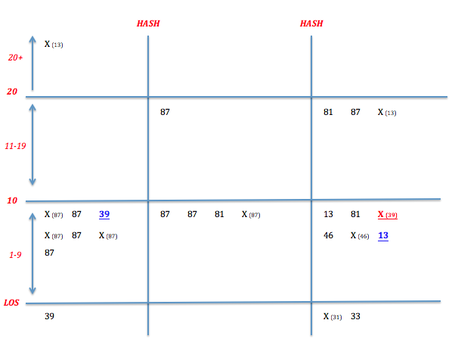