Every week, Stampede Blue's Josh Wilson will take an in-depth look at Andrew Luck's game from the previous weekend. Today we look at his performance in the season opener against the Oakland Raiders.

Share All sharing options for: Andrew Luck Recap: Game One vs. Raiders

On a day where Raiders quarterback Terrelle Pryor ran all over the field, it was Colts quarterback Andrew Luck who made the biggest run of the day.

With his team trailing 17-14 and facing a 3rd down and 3 from the Raiders 19 yard line with just 5:27 left in the game, Luck faced a critical play. If the Colts failed to get a first down, they would inevitably kick the tying field goal. Down only three, the team would settle for tying it up rather than going for the winning score.

Luck spread the field, going into the shotgun with five wide receivers (with two of them being a tight end and running back). A massive hole parted in the middle of the field and Luck took off running. Well past the first down marker, Luck cut to the left in an attempt to get more yards. Darrius Heyward-Bey threw a key block and Luck cut upfield and ran into the end zone.

His 19 yard touchdown scamper gave the Colts a 21-17 lead and when the defense intercepted Terrelle Pryor's pass with under 30 seconds left, the win was secured and the legend of Andrew Luck continued to grow.

In 2012 he led numerous comebacks, mainly because the team needed him too. They relied solely on their rookie quarterback because, quite frankly, they had too. Ryan Grigson spent upwards of $100 million this offseason to make sure that Luck didn't have to completely carry the team again this year.

While the Colts and their fans certainly hope that will be the case, it definitely wasn't on Sunday. In fact, the Colts needed Luck as much as they ever have.

Against a Raiders team that many projected to be the worst in the league, the Colts' defense was gashed for 317 total yards by quarterback Terrelle Pryor in his second career start, including 112 on the ground. The offensive line, although starting off well, ended up collapsing on Luck in ways that were reminiscent of last year's awful line. The running game wasn't working. One of the team's best players, tight end Dwayne Allen, left the game with an injury. And with just over 12 minutes left in the game, the Raiders fully completed their 14 point comeback by taking a 17-14 lead on the Colts.

Luckily for Indianapolis, they had an even better Andrew Luck behind center than the one that led the team to a 7-1 record in one possession games last year and who led 7 game winning drives (and should have had an 8th, if the defense hadn't blown it).

In veteran fashion, Luck led his offense downfield on an 11 play, 71 yard drive that took 5:49. Accounting for 80% of the team's offense on the drive, Luck completed 5 of 7 passes and capped it off with his 19 yard, game winning touchdown run.

Despite all the struggles of the Colts on Sunday (and there were a lot), Luck was the one constant, beating the Raiders with both his arm and his legs, showing that he is not only one of the league's best passers but one of the best running quarterbacks in the NFL as well.

RG3? He runs too much and sets himself up for injury. Luck is a smart runner who uses his legs only when he doesn't have anyone open, and is one of the most effective runners in football (in terms of first downs and touchdowns gained per rush attempts).

On Sunday, Luck won the game with his legs but was very impressive in the passing game as well and continued to make his case as one of the league's best quarterbacks. Not by throwing 7 touchdown passes like Peyton Manning but by being just as valuable to his team as any quarterback is to his team in football.

Number of Drives: 7 (plus one that involved just 2 kneel downs) 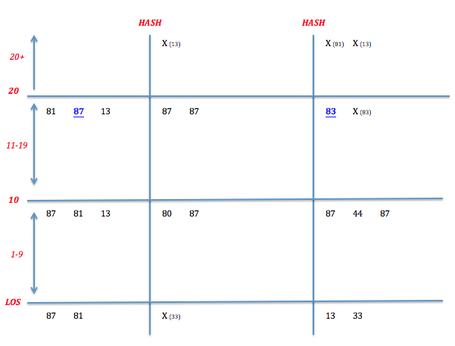 As I already mentioned, Andrew Luck led his 8th career game winning drive and 5th career fourth quarter comeback on Sunday against the Oakland Raiders. He has had ten career games where he had a chance at a game winning drive, and he has led the Colts to wins in eight of them. Below is a chart of each attempt, as well as Luck's individual statistics on the respective drives and the outcome of the game. 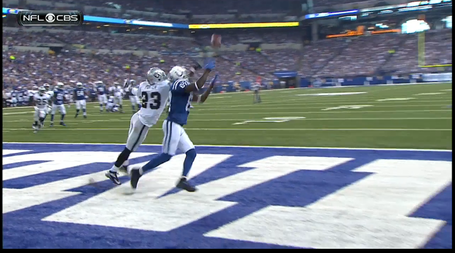 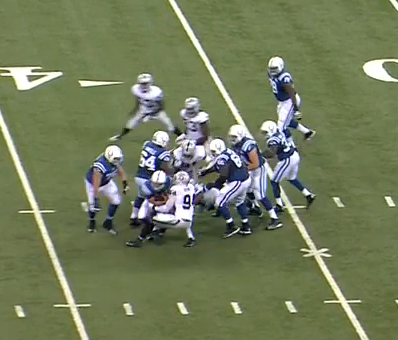 "No, it was a pass. They doubled Reggie so that means one more guy out of the box, if you will. Great protection. Sometimes when it just opens up like that, you can't help but go. I knew I wanted a first down if I took off. Then Darrius (Heyward-Bey) did a great job of sort of coming out of his route and just pinning a guy, blocking his man in and led a nice lane into the end zone. I'm glad we could score that touchdown, I really am, and what a stop by the defense at the end." 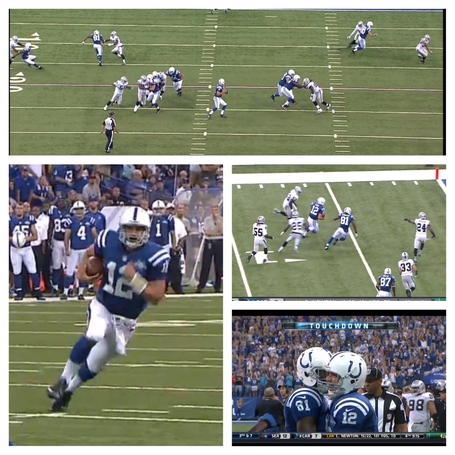 <blockquote class="twitter-tweet"><p>Folks around Stanford this summer really felt like the Pep Hamilton reunion with Andrew Luck would be productive. Looks like it so far.</p>&mdash; Pete Thamel (@SIPeteThamel) <a href="https://twitter.com/SIPeteThamel/statuses/376765071952576512">September 8, 2013</a></blockquote>