Every week, Stampede Blue's Josh Wilson will take an in-depth look at Andrew Luck's game from the previous weekend. Today we look at his performance in the second game against the Miami Dolphins.

We love comparing Andrew Luck to Peyton Manning. It's encouraging to think of Luck playing so well, and even more than that it's just so easy to make the comparisons. Numerous different ones have been made throughout Luck's short career so far, and they all are right. But there is one comparison that NOBODY wants to make, but it's time it was.

The Indianapolis Colts are as dependent on Andrew Luck as they ever were on Peyton Manning.

For years, it was all up to Peyton to win football games. And the only time he didn't do so was when he was on the sidelines because of years of hits. Everybody saw the flaws of building a team that way. And everybody wanted to make sure that the new Colts weren't built the same way.

So Ryan Grigson went out and spent upwards of 100 million dollars, all in an effort to do just that - ensure that Andrew Luck wasn't going to have to completely carry the team. But two weeks into the season, I'll tell you that the Colts are just as dependent upon Luck as they were last year, and in fact, perhaps even more so.

In only 18 regular season games, Luck has been put in a situation to make a game winning drive 11 times. And 8 times, he's done just that. But on Sunday, he failed. He quickly led his team down to the Dolphins 23 yard line, but three straight incomplete passes were followed by a sack, and just like that the Colts dropped to 1-1 on the year.

And that's the thing about building around one player, as great as Luck is: you're going to lose some games. He's going to do some incredible things and pull out some incredible comebacks, but he's also going to fail at some attempts along the way. That's ok, and really, if it weren't for Luck, the Colts wouldn't have been close.

All of that said, Andrew Luck wasn't at his best on Sunday. He missed way too many passes that Andrew Luck typically doesn't miss. He held onto the ball too long at times. He made some questionable decisions.

Overall, it wasn't Luck's best day. But it wasn't the Colts' best day either. And once again, we saw just how dependent the Colts are on their quarterback, and we also were reminded that Luck can't keep pulling wins out late every game. Often, yes. But not always. 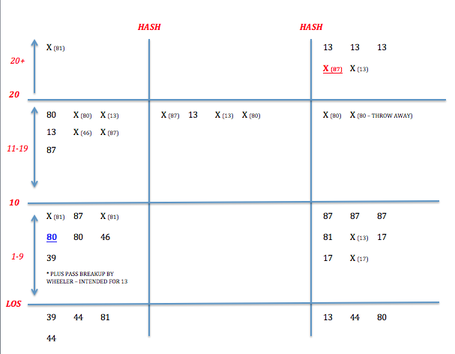 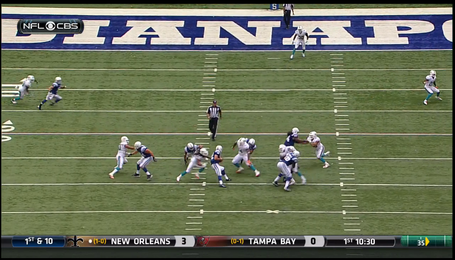 "Andrew Luck failed. We're surprised. Now there's a statement on his impact after little over a year as the Indianapolis Colts' quarterback."

"Andrew Luck has been nearly automatic in the fourth quarter of his young career, orchestrating five late comebacks and guiding the Colts to a 10-1 record in games decided by 10 points or fewer.

"A little of the magic ran out on Sunday."

"The reputation was inevitable for Indianapolis Colts quarterback Andrew Luck.

"Eight fourth-quarter rallies in 12 victories in his young career. He has earned the right to be known for his come-from-behind ability.

"But you knew the magic that Luck provided during fourth quarters would run out at some point. The Colts couldn't continue to rely on him to bail them out. It's a fun story and all, but it's a dangerous way to try to succeed.

"That point was proven on Sunday."