NFL free agency: Players I want for the Colts in 2014

You asked for them, and here they are: The free agents Brad Wells of StampedeBlue.com wants the Colts to sign, including proposed contract numbers.

Share All sharing options for: NFL free agency: Players I want for the Colts in 2014

For all my criticisms of Colts general manager Ryan Grigson and his past decisions with free agents, it's only fair that I put myself out there a little bit and share my ideas on which players the Colts should target after 4:00 p.m. ET on March 11th when the new NFL league year begins and teams can begin signing unrestricted free agents.

So, here they are:

NFL Free Agency and the Colts 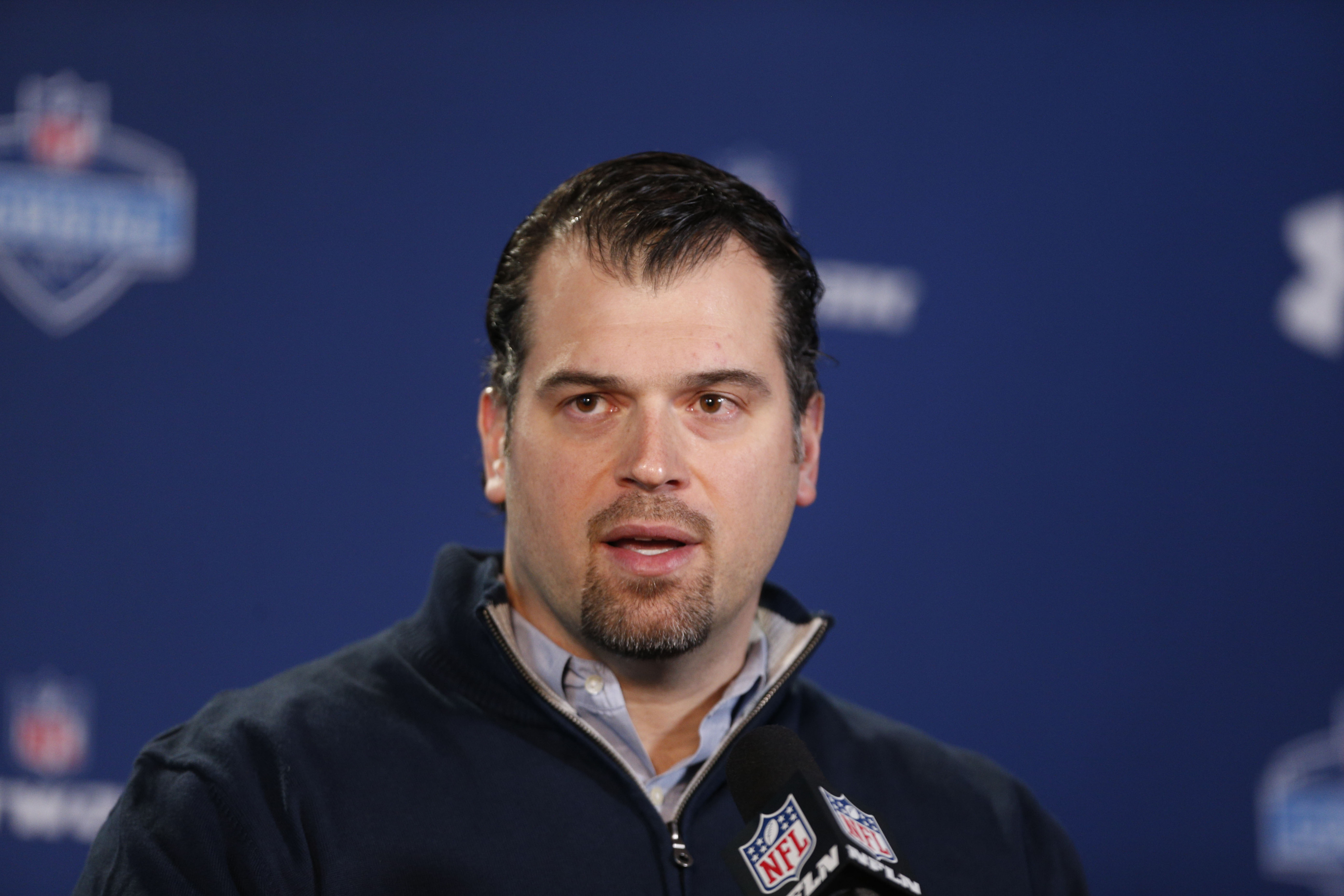 Sanders is the only player in this group that requires significant financial commitment, and for good reason. He's a very strong receiver who can play both in the slot and outside. Sanders is tough over the middle and can be moved around, allowing Pep Hamilton to create mismatches for T.Y. Hilton deep. Some might question giving this money to a 5'11, 180 lbs receiver simply because that money simply MUST go to a player who will eventually replace the 6'0, 200 lbs Reggie Wayne. The reality is no one can "replace" Reggie Wayne. T.Y. Hilton is going to get a boatload of money in 2016, and, based on that, it would seem management feels he is Wayne's "replacement." The Colts also do not need "big" receivers. Darrius Heyward-Bey was 6'2 and 220 lbs. How'd that work out for the Colts in 2013? Indianapolis needs receivers who can catch the ball and make plays. Sanders does that, and at a price that won't gobble up massive amounts of cap space while a deal for Broncos free agent Eric Decker certainly would.

Contract: 3 years, $12 million, with $4 mill guaranteed. Deal structured to have his yearly cap hit count for roughly $5 or 6 mill the first two years

Ideally, I wanted the Colts to get Sam Shields, who is as good as Vontae Davis (maybe better). However, he's off the market now, and his deal with the Packers for 4 years at $39 million wasn't all that bad. If Vontae Davis re-signs with Indy for this amount, I'm satisfied. He won't though, and thus the Colts must look elsewhere. Browner is intriguing in that the 4-game suspension he must accept from the league in 2014 will force him to lower his asking price in free agency. He's also a Stage 3 offender, meaning his next violation of the NFL's substance abuse policy will get him suspended for one full year. Because of this, how can a team make any significant investment in a player who has thing hanging over them. Simple, they can't, and both Browner and his agent know that. This means less guaranteed money. Browner is a massive corner (6'4, 220 lbs) and can more than do the job in coverage. No, he's not ideal, but he should come cheap and he has talent. 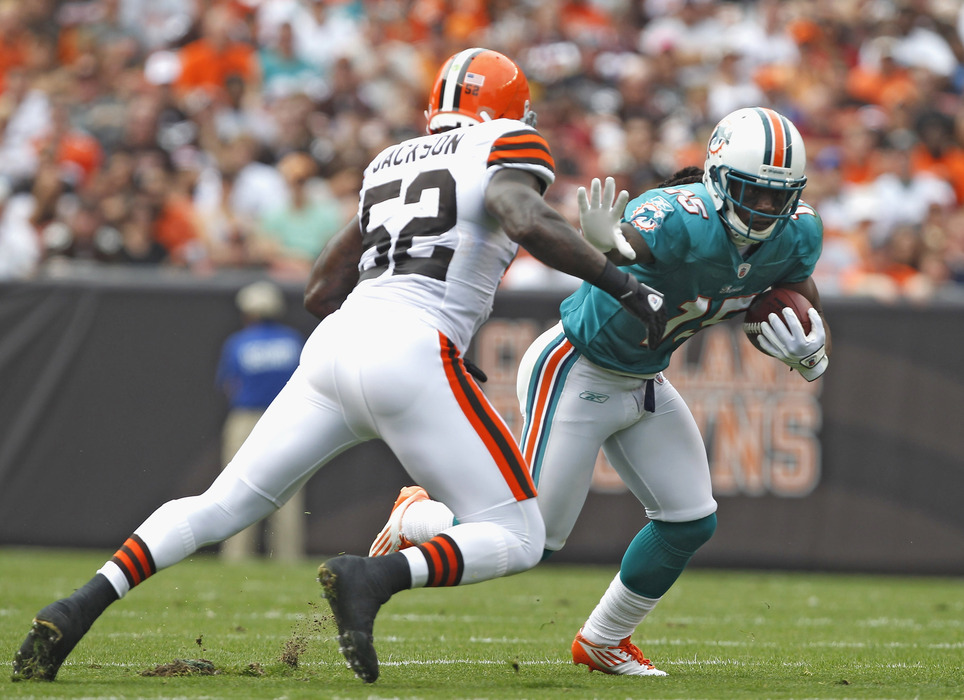 Cory Redding is old, Ricky Jean-Francois isn't very good, and the Colts need to upgrade the interior of their porous defensive line which was one of the worst in the league last year in terms of stopping the run and pressuring the QB. Jones comes from Baltimore, where he was coached by Chuck Pagano back in 2011 when Pagano was a coordinator there. Jones can play both DE and NT in certain spots. He's ideal for this "hybrid" 3-4 scheme that Pagano and Colts defensive coordinator Greg Manusky have desperately been trying to work in Indianapolis. Jones was listed as PFF's 12th best 3-4 DE last year, with a ranking of +15.7.

I already stated my case for signing Goodwin here. The overall idea is that he is a one or two year stop gap player at center. Eventually, either Khaled Holmes or someone drafted in 2014 takes his place.

Overall, these signings uses up $20 million of the estimated $40 million in cap space that the Colts have to work with in 2014. After 2015, if Browner, Jones, or Goodwin are busts, they can be let go with little effect on the cap.

I'll also toss in Giants wide receiver Hakeem Nicks, who we did a free agent profile on. If there is hesitation about committing big money to Sanders, Nicks is another option. Because of injuries the last two seasons, Nicks was ineffective in NY. However, we now know that he's willing to take a one-year deal and that he's medically cleared to play in 2014. PFT is also reporting that teams aren't concerned about his past injuries. A healthy Hakeem Nicks is about as close to having a "replacement" for Reggie Wayne as the Colts can hope to get via free agency. Getting that kind of player for a one-year deal is almost like stealing.

These moves follow the "prudent" approach Ryan Grigson said he'd follow this offseason in terms of free agency. I'm still not big on moves like the D'Qwell Jackson signing, but I'd feel better about them if Grigson found ways to bring in these players for these prices, or similar players at similar value.

But, that's just me.