Share All sharing options for: Colts fans’ confidence dips, the rest of the AFC South’s plummets

Colts fans have proven pretty resilient this past season. Despite the team having just 1 win heading into week 6, the FanPulse survey showed that Colts fans were still fairly confident in this team’s direction, sitting at 84% heading into their game against the Jets.

After a frustrating loss that saw them give up 42 points to a team led by rookie quarterback Sam Darnold, Colts fans have suffered their biggest drop in confidence yet this season. They now sit at 61% heading into a critical home game against the Buffalo Bills.

Their AFC South opponents have had no such confidence from their fan bases. Texans fans have been curled up in the fetal position since week 2, which was the last time their confidence rating broke 30%. Maybe someone should tell them that they’re winning the division. Although we’re talking about the Texans here, so maybe they just found the survey confusing? 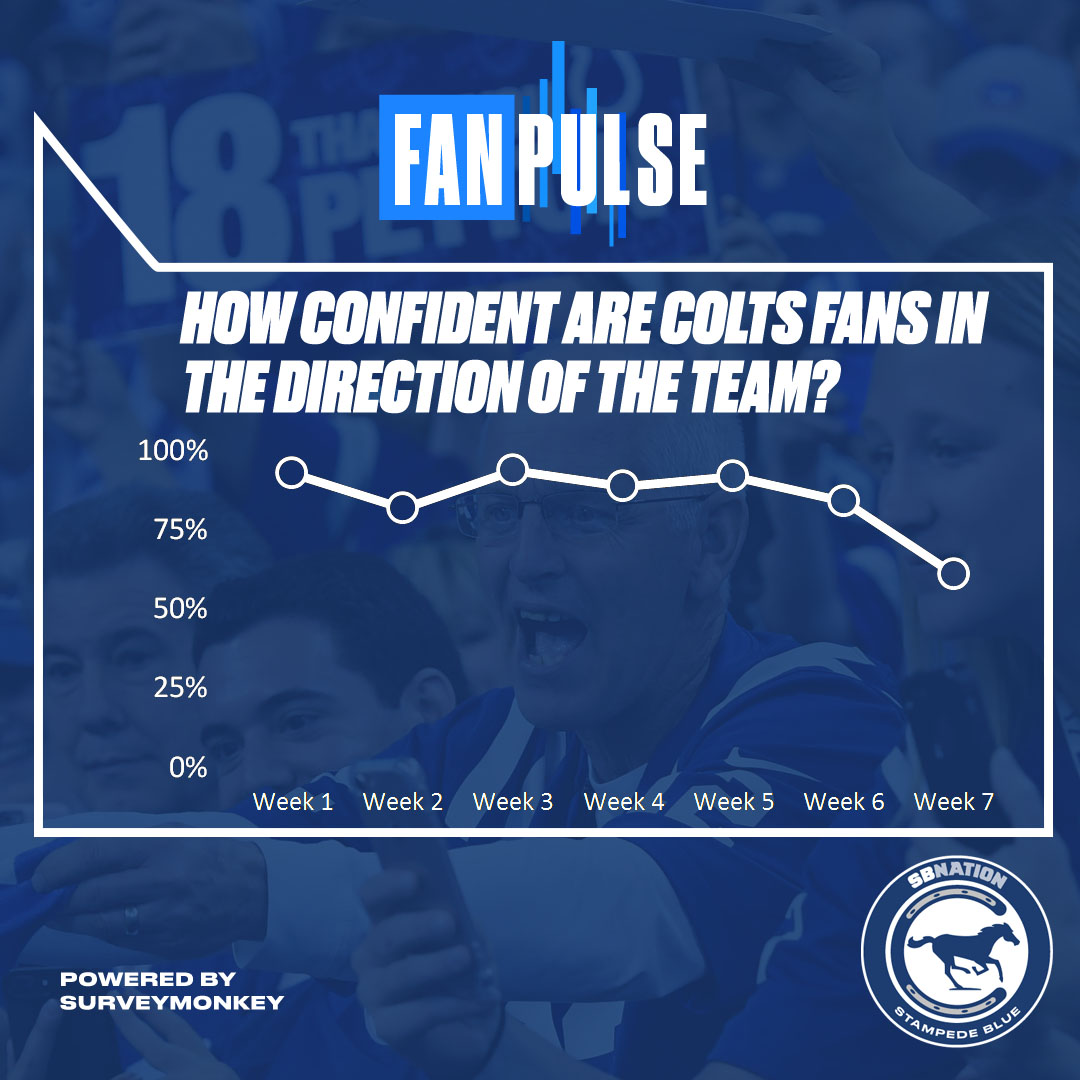 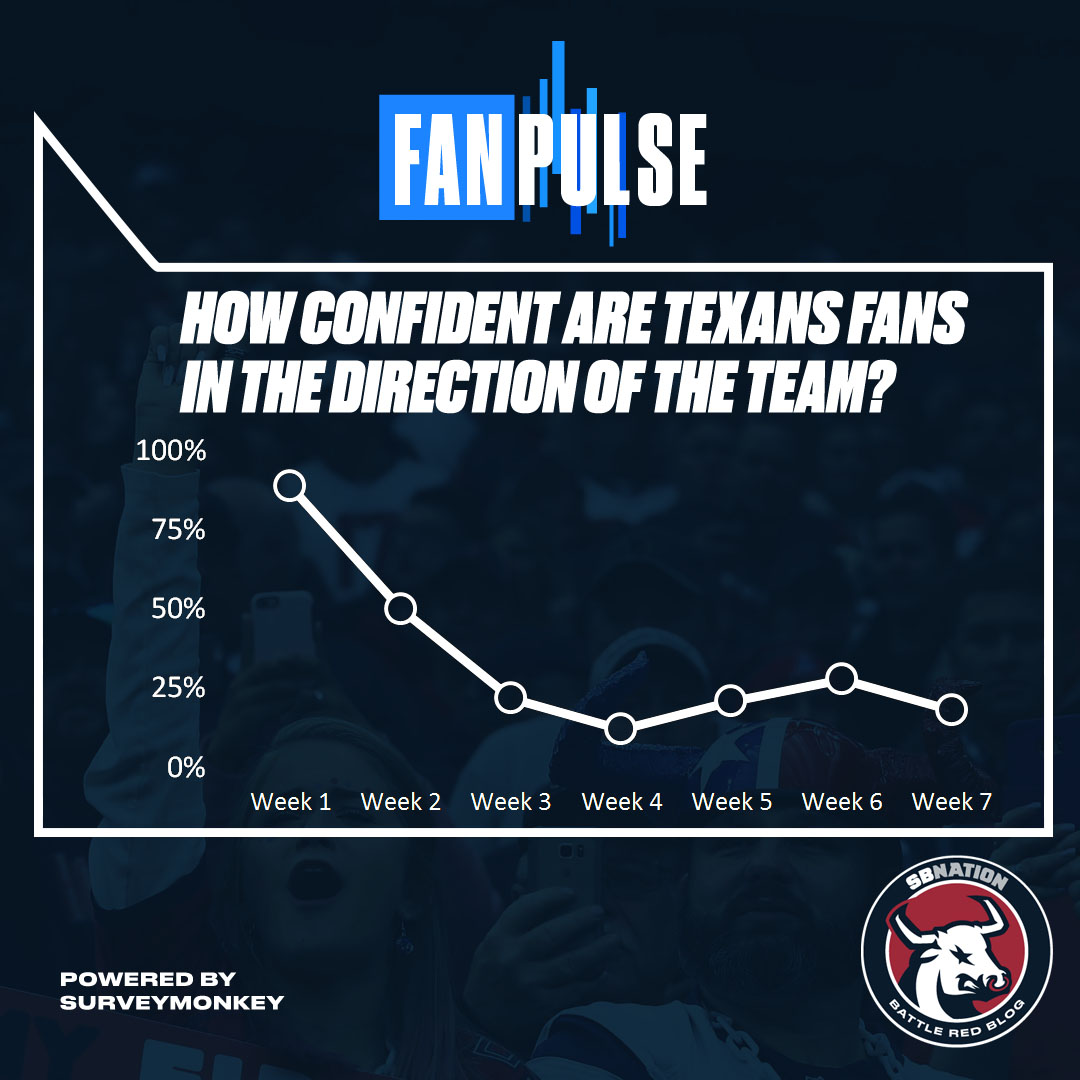 Titans fans saw their confidence come crashing down after being shut out by the Ravens last week. A source has reported that they will be reviewing the film “Remember the Titans” and executing the fictional team’s entry dance for their next game to see if that helps. If they are really lucky, Marcus Mariota might be able to feel his fingers at some point this season.

Even the Jaguars fans who were riding high as the new top dogs of the AFC South have seen their confidence plummet after back to back double digit losses and ceding the division lead to the Texans. Star cornerback Jalen Ramsey was reportedly heard wimpering in the locker room about how both the Chiefs and Cowboys were overrated. 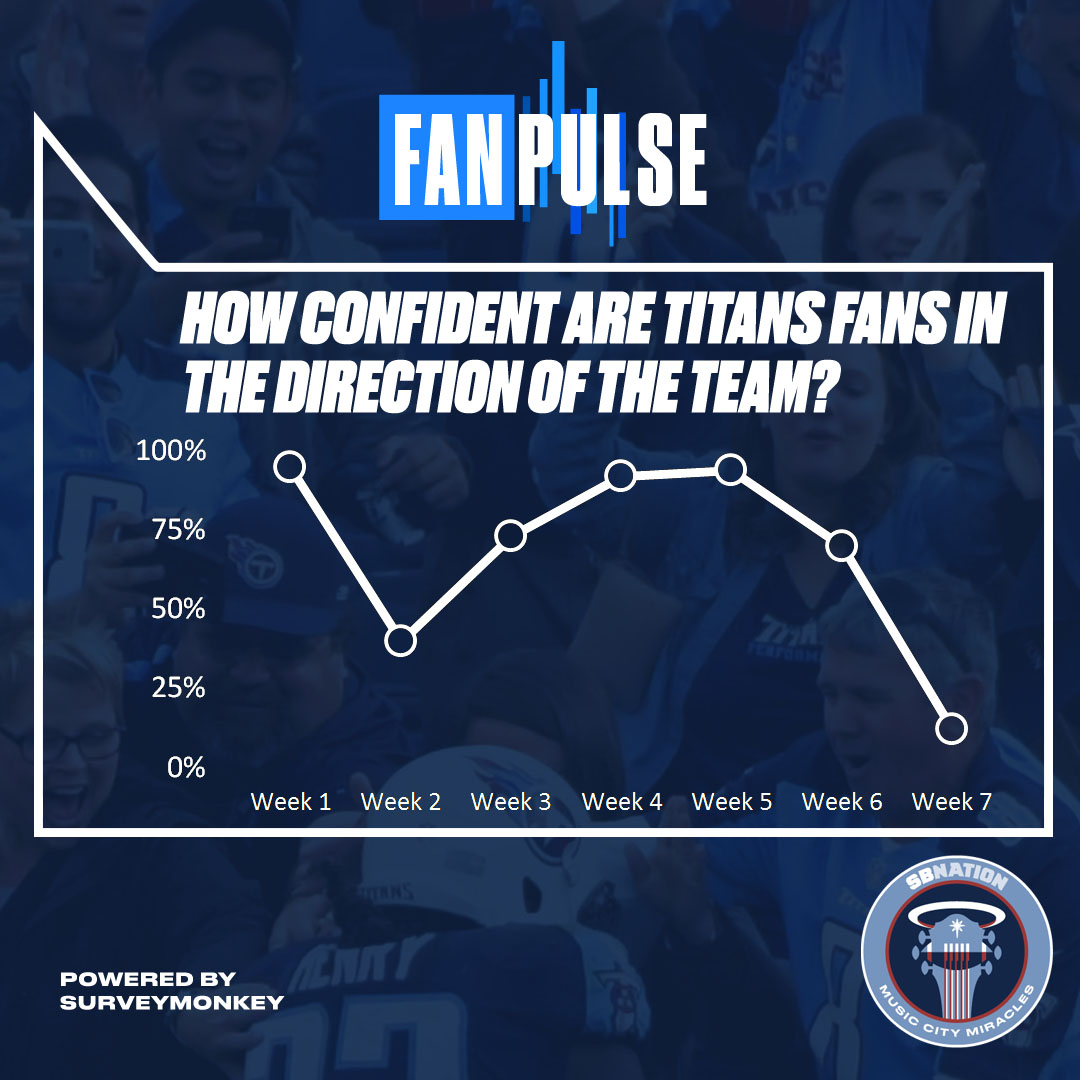 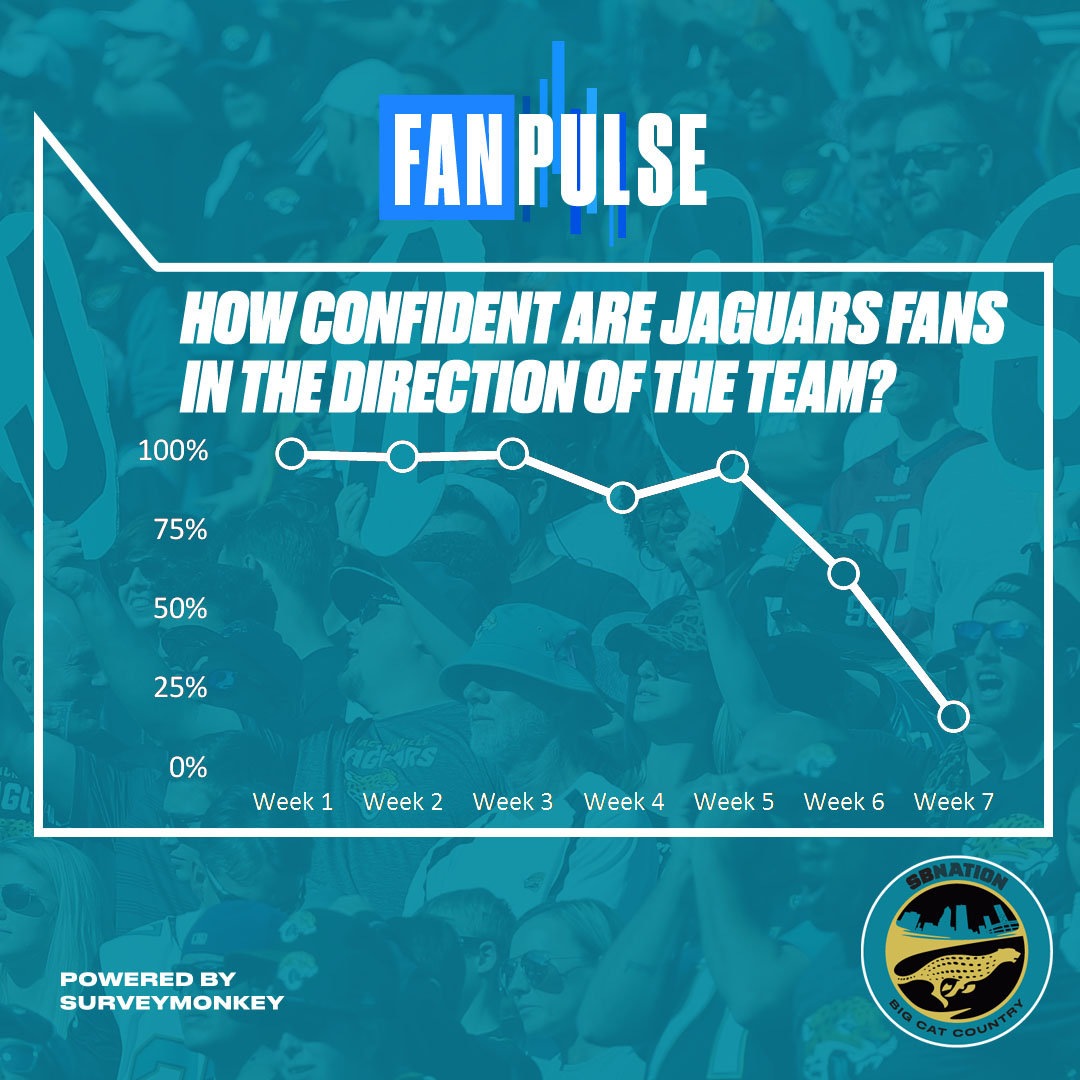 Somehow in this mess of a division, the Colts have still got confident backing from their fans. The obvious answer there is that Andrew Luck is good enough to boost the belief of even the most curmudgeonly Colts fan and push them to believe the team can turn it around if they can get some guys back healthy.

The other possibility is that fans are just preparing to submit their negative surveys, but drop their phones at the last second. You know, like basically the entire Colts receiving corps.

Whatever the cause, it will be interesting to see how fan confidence holds up if the Colts sustain a home loss to the Bills on Sunday.