It's nice that all the refs apply this rule consistently in all games and the league really does a good job keeping all the quarterbacks safe. Such a simple rule too. Not the least bit of ambiguity.

I just got my latest edition of sports illustrated. I was reminded of the photo on Brett's second half game thread post from Thursday. 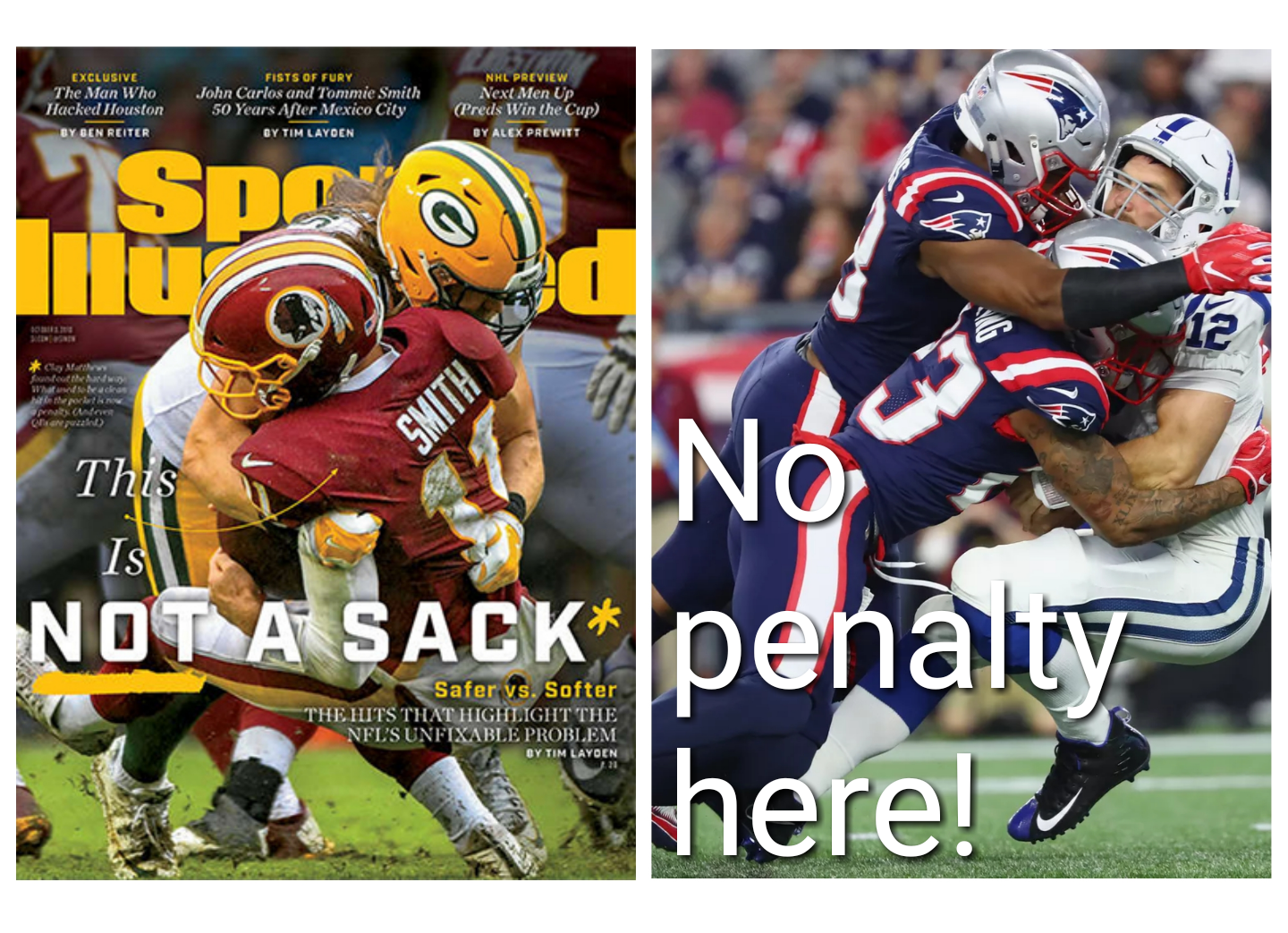 I don't know about you guys, but looks good to me. Nothing to see here. Nope, no pro-patriot bias. Everyone loves some good clean football with rules fairly and consistently applied.

Yeah, that's as far as I can take the sarcasm. I was irritated by this non-call. If they got the penalty call, it probably wouldn't have changed the outcome of the game. It would have possibly helped with some early momentum. It's really just that they come out with a new rule and no-one applies it the same.

I really hope they can come up with something better that keeps quarterbacks healthy and doesn't ruin the game. At some point though, they need to acknowledge that it's football, stuff happens, and sometimes guys get hurt by legal plays.