2018 NFL Draft Strongest at Most of Colts Positional Needs

Share All sharing options for: 2018 NFL Draft Strongest at Most of Colts Positional Needs

Stampede Blue spent a great deal of time focusing on the primary weaknesses on the Colts roster. It has become clear that this team is not only undergoing schematic transitions on both sides of the ball under a new coaching staff, but it is also being built under a patient philosophy that will rely heavily on the draft. For a second straight season, the Colts have been relatively quiet in free agency and are holding onto over $60 million in salary cap space that could be used to sign additional players. This leaves fans who desperately want to see their team making deep playoff runs in a position to hope that Chris Ballard can strike gold in the draft in a way that his predecessor did not.

One positive for Ballard is that the transition to a 4-3 defensive scheme is happening at what might be the perfect time. The 2018 NFL Draft has players who are particularly well suited for a more athletic, speed-based approach on the defensive side of the ball. It is also particularly strong at the interior of the offensive line and at running back, two of the team’s primary offensive needs. Armed with 9 picks and deep position groups at key areas of need, the front office is well-positioned to hit a home run with players who will make valuable contributions to the team.

Let’s take a look at these primary positional needs and who could make sense in the 2018 NFL Draft. For a more detailed scouting report on each of these players, we would refer you to the inaugural edition of the Stampede Blue NFL Draft Guide, which you can purchase below. 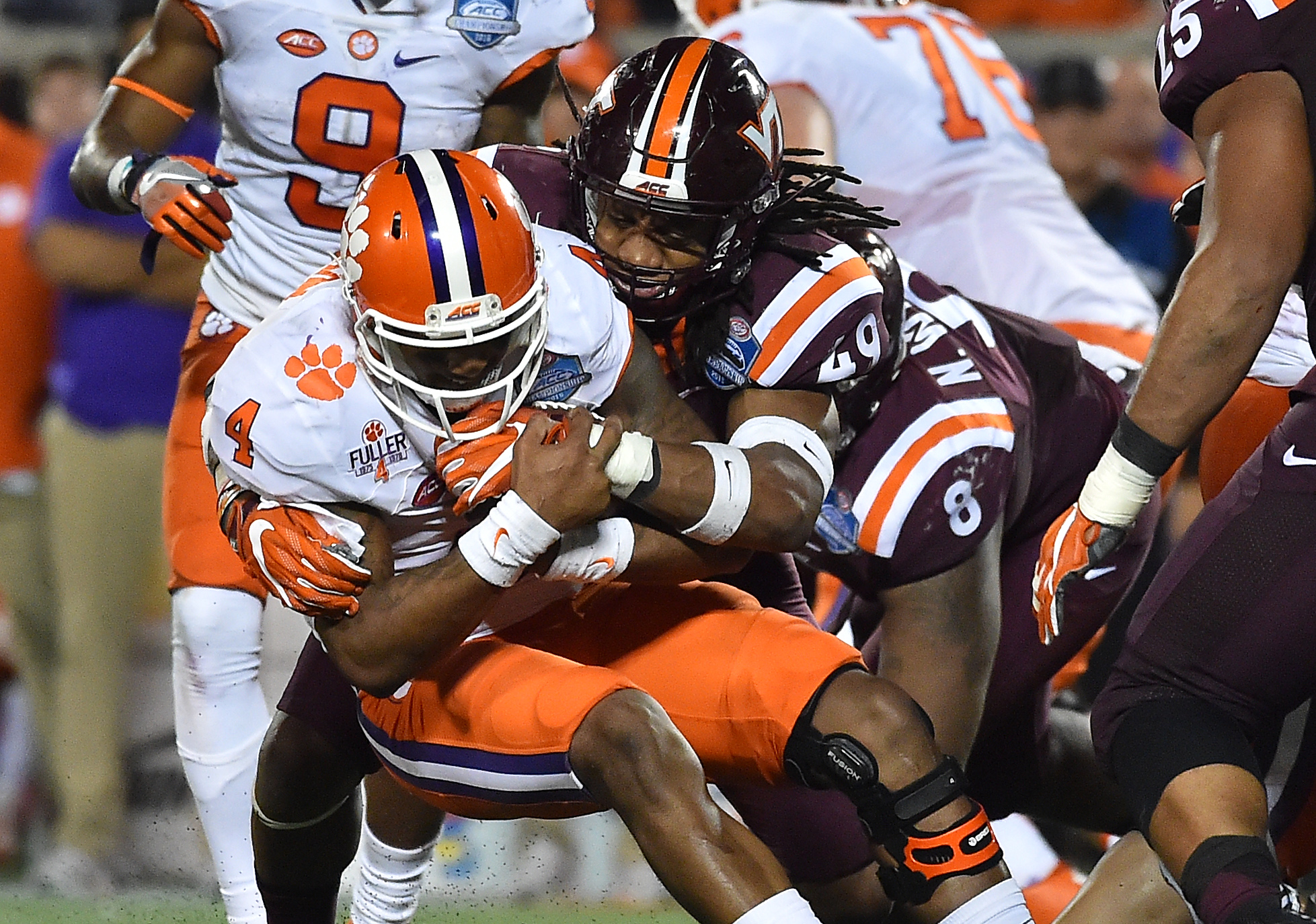 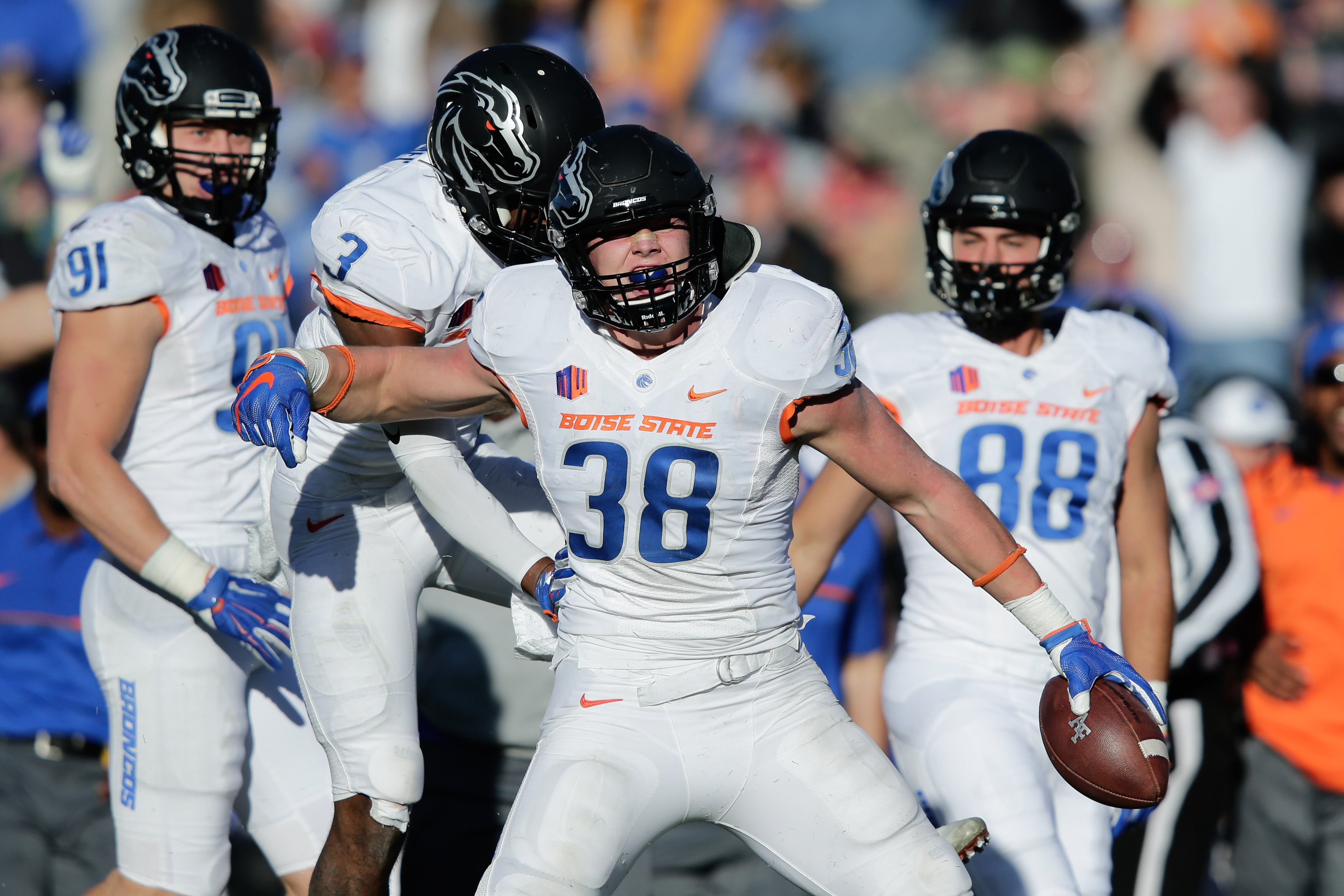 Perhaps no position needs greater attention in the Colts’ switch to a 4-3 defensive front than off-ball linebacker. Under former head coach Chuck Pagano, inside linebackers were primarily asked to fill interior running lanes. The outside linebackers were edge players who functioned more like stand-up defensive ends — which tended to limit their abilities in pass coverage. Under a 4-3, Tampa-2 system, linebackers will need to be fast, play sideline-to-sideline, and will need to be markedly better in coverage.

This draft is loaded with players who fit this billing. The biggest names in the draft at this position are Roquan Smith, Tremaine Edmunds, Rashaan Evans, and Leighton Vander Esch. There is a very real possibility that the Colts could come away with one of these top prospects using one of their four picks in the top two rounds. Any of these players should take significant reps as rookies, or could be day one starters.

Just below these prospects is a group who could fall to the third round or later but who would still offer a ton of value. Players like Josey Jewell, Shaun Dion Hamilton, Darius Leonard, Dorian O’Daniel, Malik Jefferson and Shaquem Griffin are all strong prospects who could also play immediate roles at the middle (MIKE) or weak side (WILL) positions. Even a prospect like Indiana University’s Tegray Scales could bring athleticism to a position that needs serious attention.

No matter where he chooses to strike, Ballard should have numerous opportunities to overhaul the linebacker position for new defensive coordinator Matt Eberflus. There is a very real possibility that he can come away with multiple players who will have early impacts. 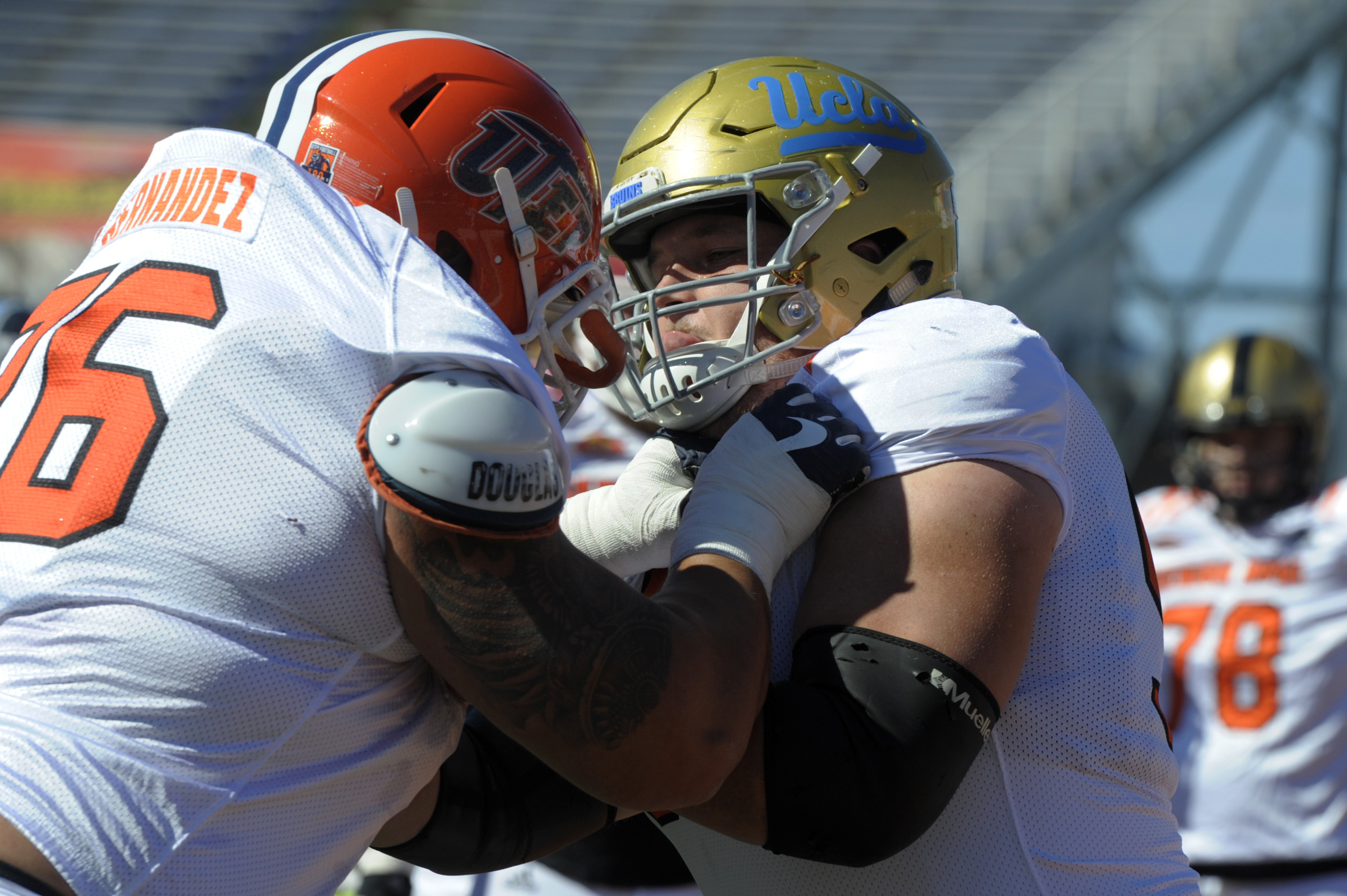 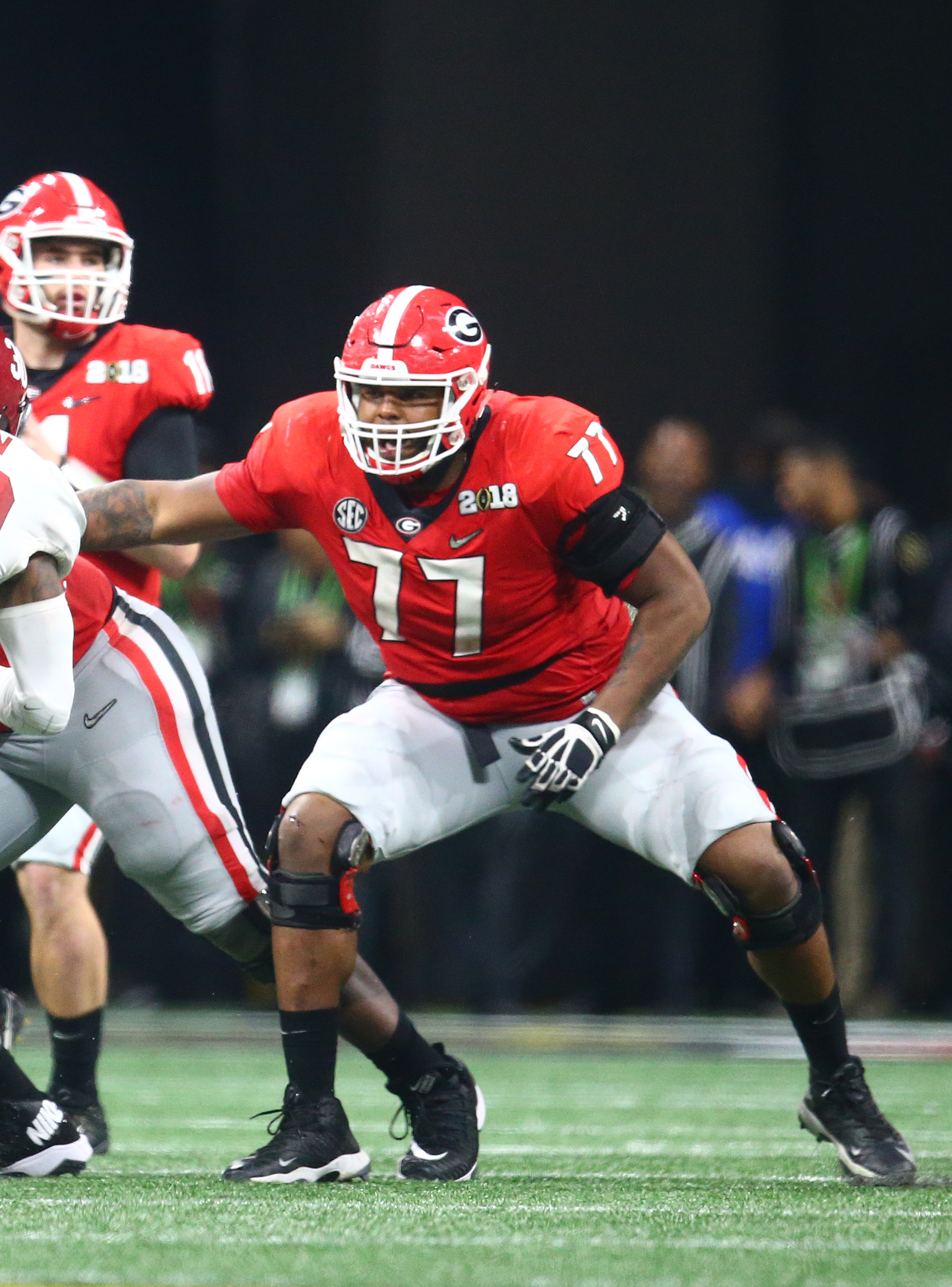 There have been far too many players and far too many different starting groups on the team over Andrew Luck’s career. The one constant has been left tackle Anthony Castonzo; Ryan Grigson used his final first-round draft pick on center Ryan Kelly, who will presumably be a solid to very good long-time starter at the position — if he can stay healthy; the rest of the line has been decimated by injuries, lacking in any real continuity, and simply unsettled for far too long.

There are numerous players on the team now who are better suited to play right tackle than they are to play on the inside. Le’Raven Clark is a former third-round pick who had high expectations and showed early flashes in his rookie season but barely made the team in 2017. Denzelle Good was brought in as a seventh-round project and started last season at right tackle, but he ended up on the injured reserve and will be forced to start over. Former fifth-round draft pick Joe Haeg has position flexibility on the line but is not particularly well built to fill a full-time starting role at guard.

Enter the 2018 NFL Draft class. Perhaps the highest rated player in the entire draft is guard Quenton Nelson. This circumstance is extremely rare. Interior offensive linemen rarely require picks in the first round, let alone in the first 10 picks. Behind him is a group who could also be selected at some point in the first round and who will almost certainly go before the Colts pick at the top of the third round. This list includes Will Hernandez, Frank Ragnow, Billy Price, James Daniels, and Isaiah Wynn. None of these players project to play tackle in the NFL — a more highly valued position that will often require early round draft picks. This won’t stop the fact that only one or two are likely to make it into the third round.

Even behind these prospects is a group who all could push for year-one starting or immediate rotational roles. Braden Smith, Mason Cole, Wyatt Teller, and Skyler Phillips are all names who could be on the board in the latter half of the middle rounds and who can offer value to the offensive line. 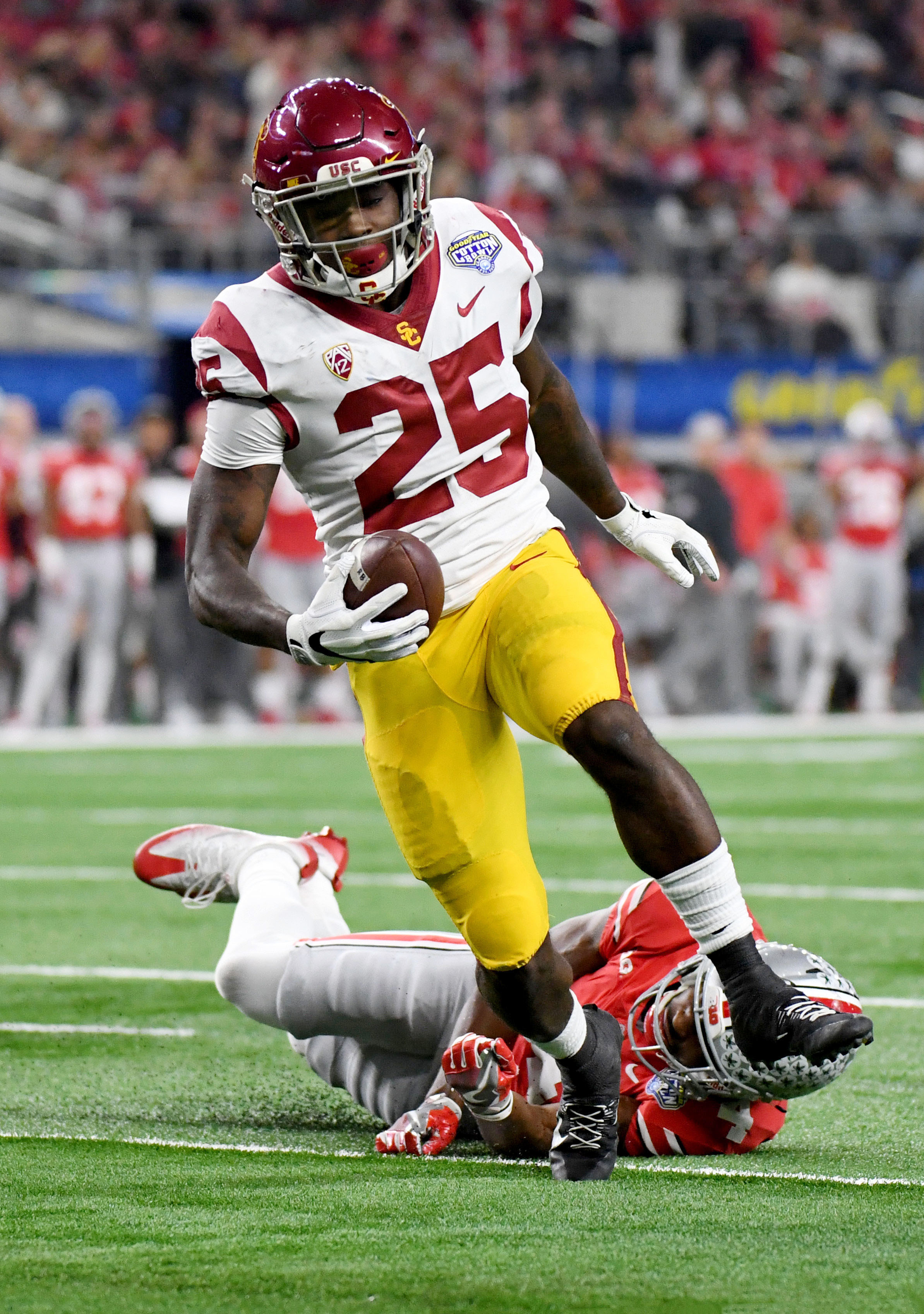 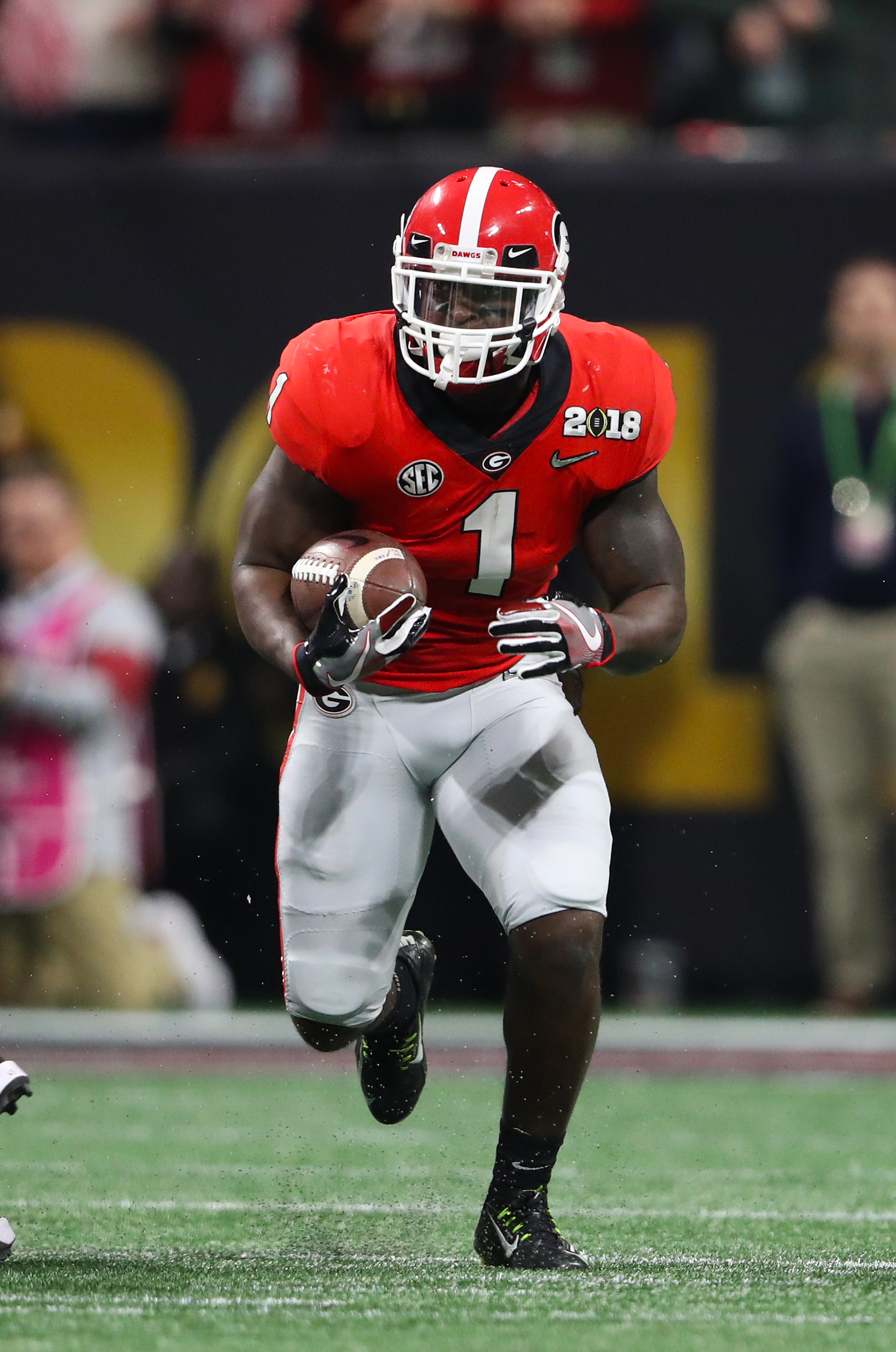 The 2017 running back draft class was arguably one of the better classes in recent memory. Leonard Fournette, Christian McCaffrey, Dalvin Cook, Alvin Kamara, and Kareem Hunt were all year one difference makers on their respective teams. Cook suffered a torn ACL early that limited his impact, but he certainly would have been near the top his rookie class and could have been one of the more dominant rushers in the league if he had continued. Five big-time running backs to coming off of the board in the first 86 picks is a good showing.

This draft could be as good and perhaps even deeper. Another player who may well be the top overall rated prospect in the draft is Saquon Barkley. After all of the chatter in the previous two drafts about Todd Gurley and Leonard Fournette, Barkley has been receiving even more. Behind him is a group of running backs who are demanding a lot of early attention and includes Derrius Guice, Ronald Jones, Sony Michel, and Rashaad Penny. Each of this second tier of prospects are projected to potentially be immediate starters and rookie producers in the backfield.

The next group of players includes Kerryon Johnson, Royce Freeman, Nick Chubb, and Nyheim Hines. It is possible that one or more of these players will be available in the fourth round or even at the Colts picks at the top of the fifth round. The potential value from any of these players that low in the draft is outstanding. It can be argued that the 2018 class at running back is better at the top and better in the middle than last year’s group, which is a good thing for a team who has to be looking to add a solid partner for Marlon Mack. 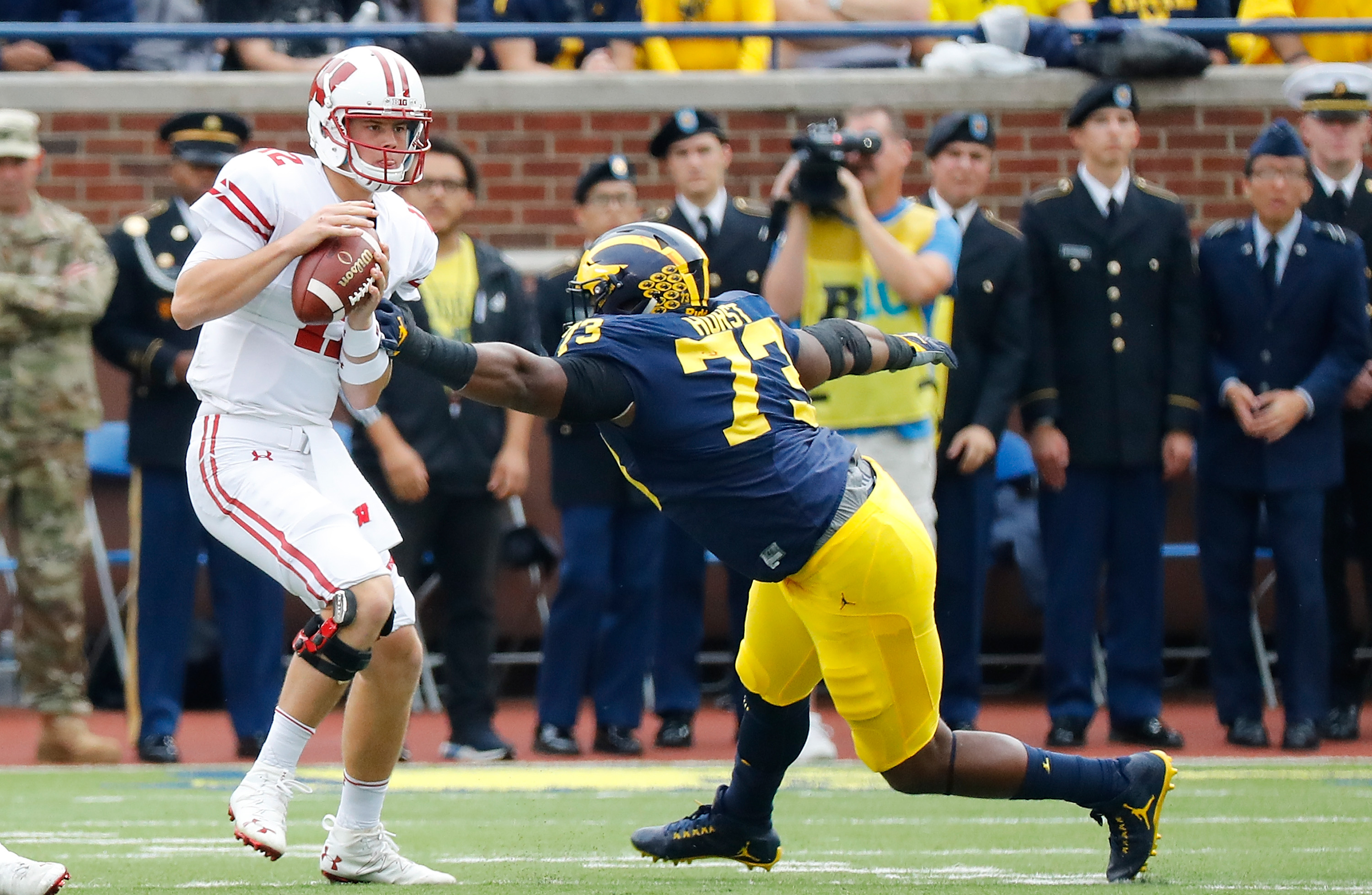 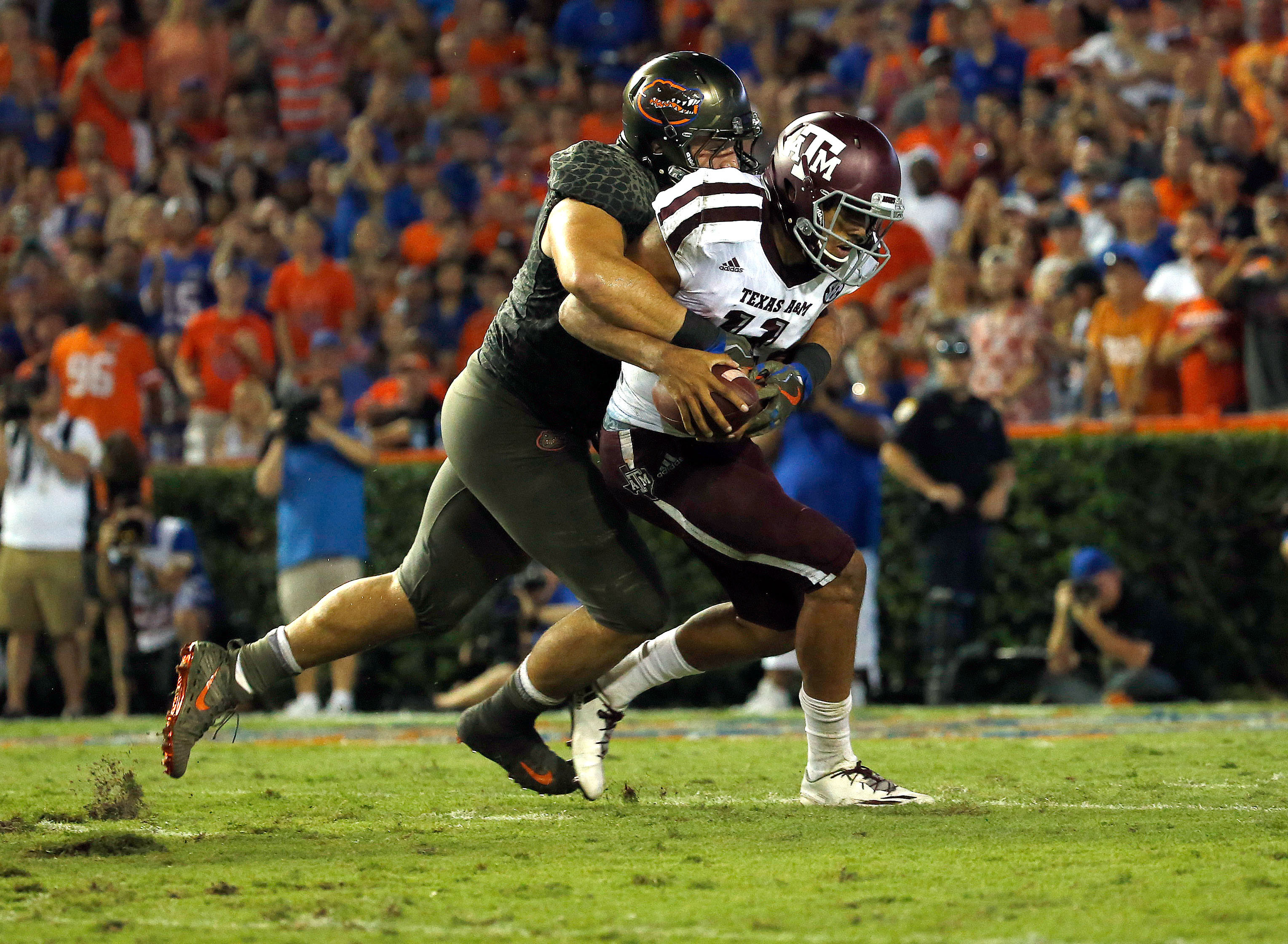 The top prospects are Taven Bryan, Da’Ron Payne, and Maurice Hurst. All three require a great deal of attention from an offensive line and have a knack for wreaking havoc by getting penetration. There is a reasonable chance that at least one of these players will be available when the Colts pick in the second round.

Behind this group are middle round prospects who could also make early impacts. These players include Nathan Shepherd, Rasheem Green, Kendrick Norton, and B.J. Hill.

Ultimately, the current group of interior defensive linemen is heavier than Matt Eberflus will likely prefer moving forward. Finding rookies who can help provide a foundation for the future at the position may be on Ballard’s to do list. 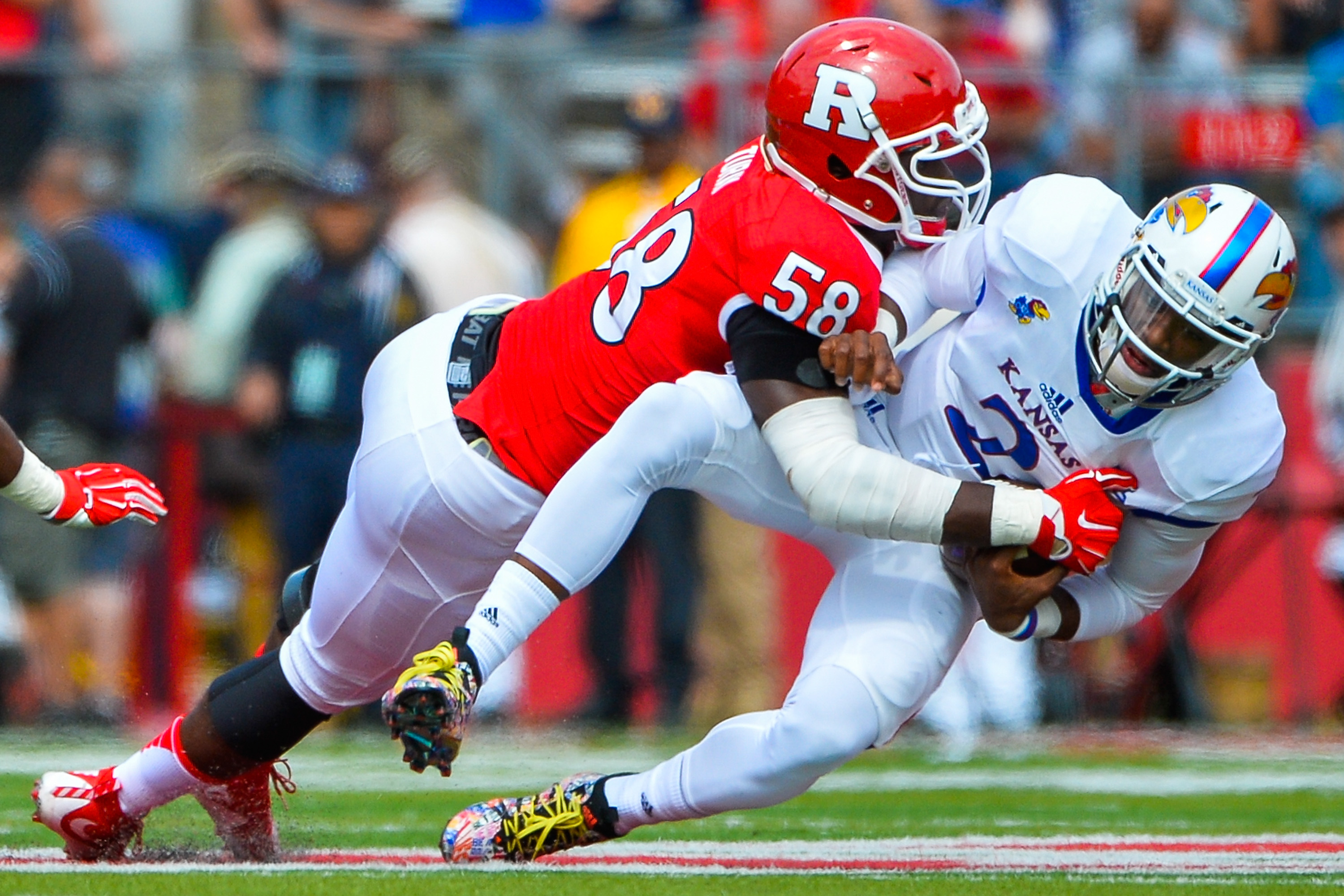 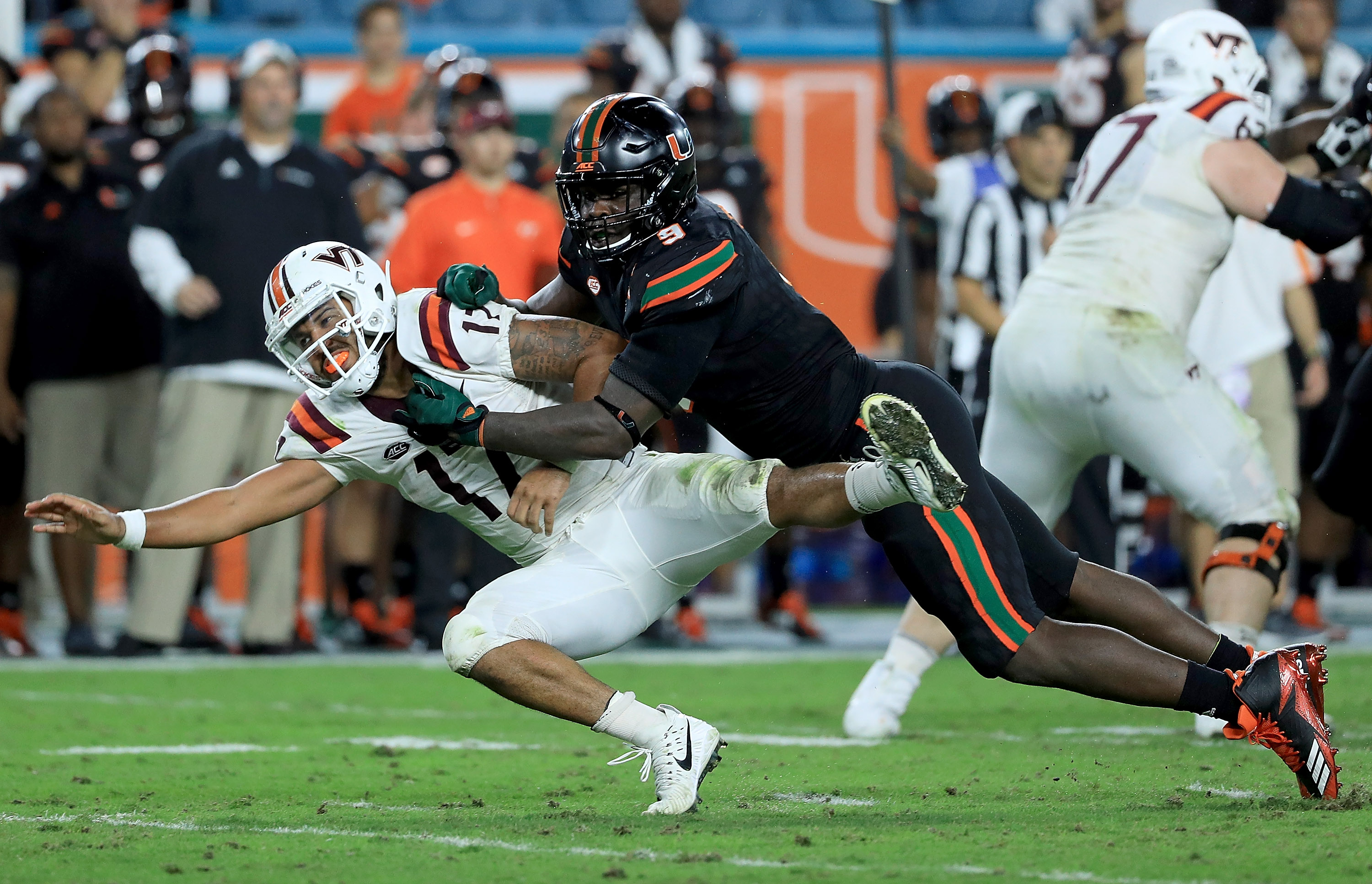 The Indianapolis Colts have sorely lacked a consistent pass rush for many years. The most popular selection for the Colts at pick 3, and now at pick 6, has been defensive end, Bradley Chubb. While it is certainly possible that he could find his way to Indianapolis, if he doesn’t, the options behind him are not particularly encouraging.

The best options in the draft behind Chubb could be rushing specialist Harold Landry, small school project Marcus Davenport, a hustle player like Sam Hubbard, and a whole mess of players who have physical limitations. The undersized group includes Ogbonnia Okoronkwo, Hercules Mata’afa, and Uchenna Nwosu. The over-sized group includes Tyquan Lewis, Chad Thomas, Jalyn Holmes, and JoJo Wicker. There are other question-marks for players like Arden Key and Josh Sweat.

It’s entirely possible that if the Colts don’t select Chubb, they could wait until the middle rounds to find a player like Chad Thomas or Kemoko Turay to develop — similar to how they utilized Tarell Basham last year.