As we inch closer to Thursday’s NFL Draft, I thought it would be interesting to narrow down a group of players who I feel would be great additions to the Colts. This list is by position and includes prospects who could be available with any of the Colts current projected picks. These prospects are players who could not only provide competition all along the roster but many could work their way into starting roles. 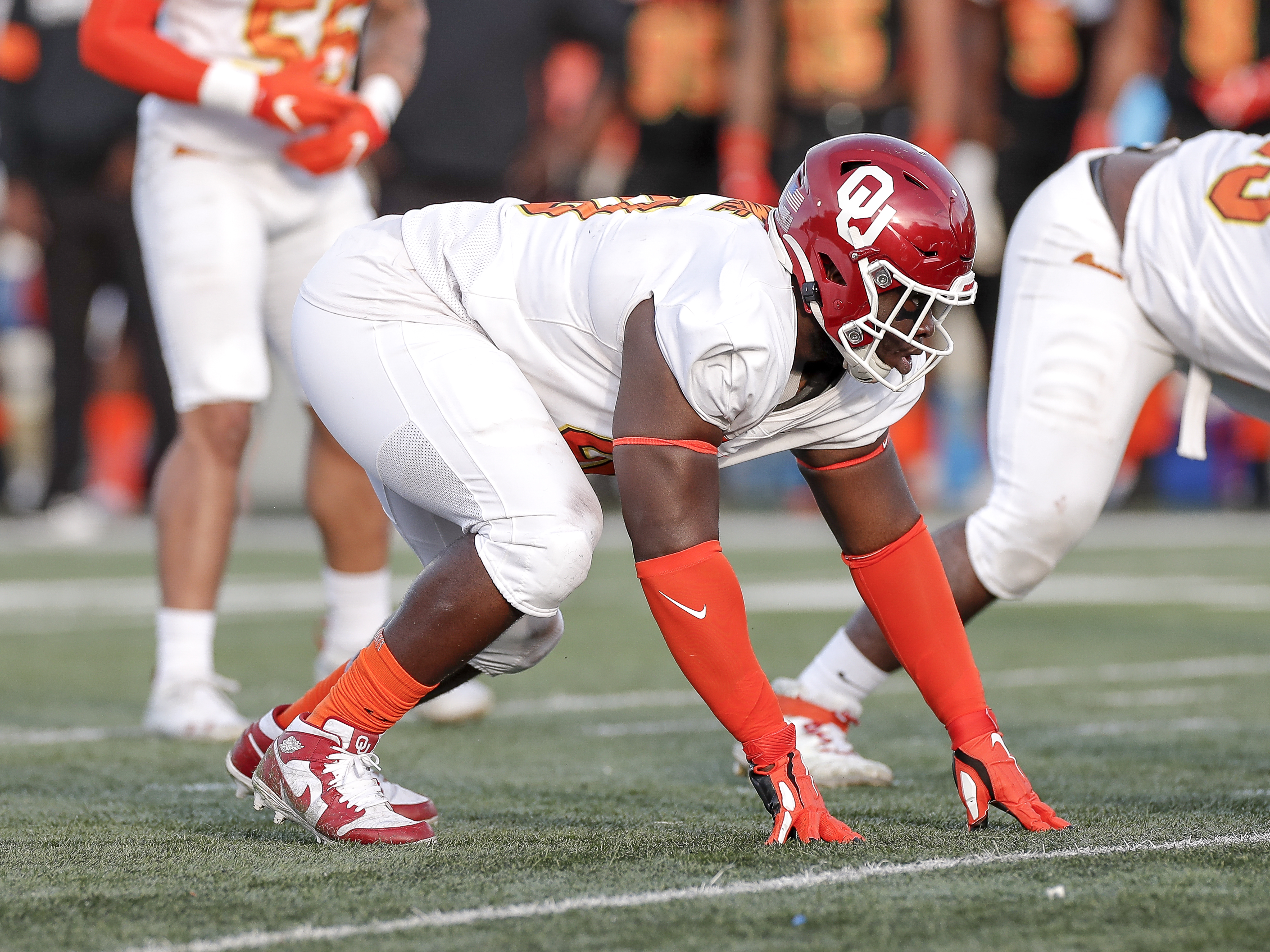 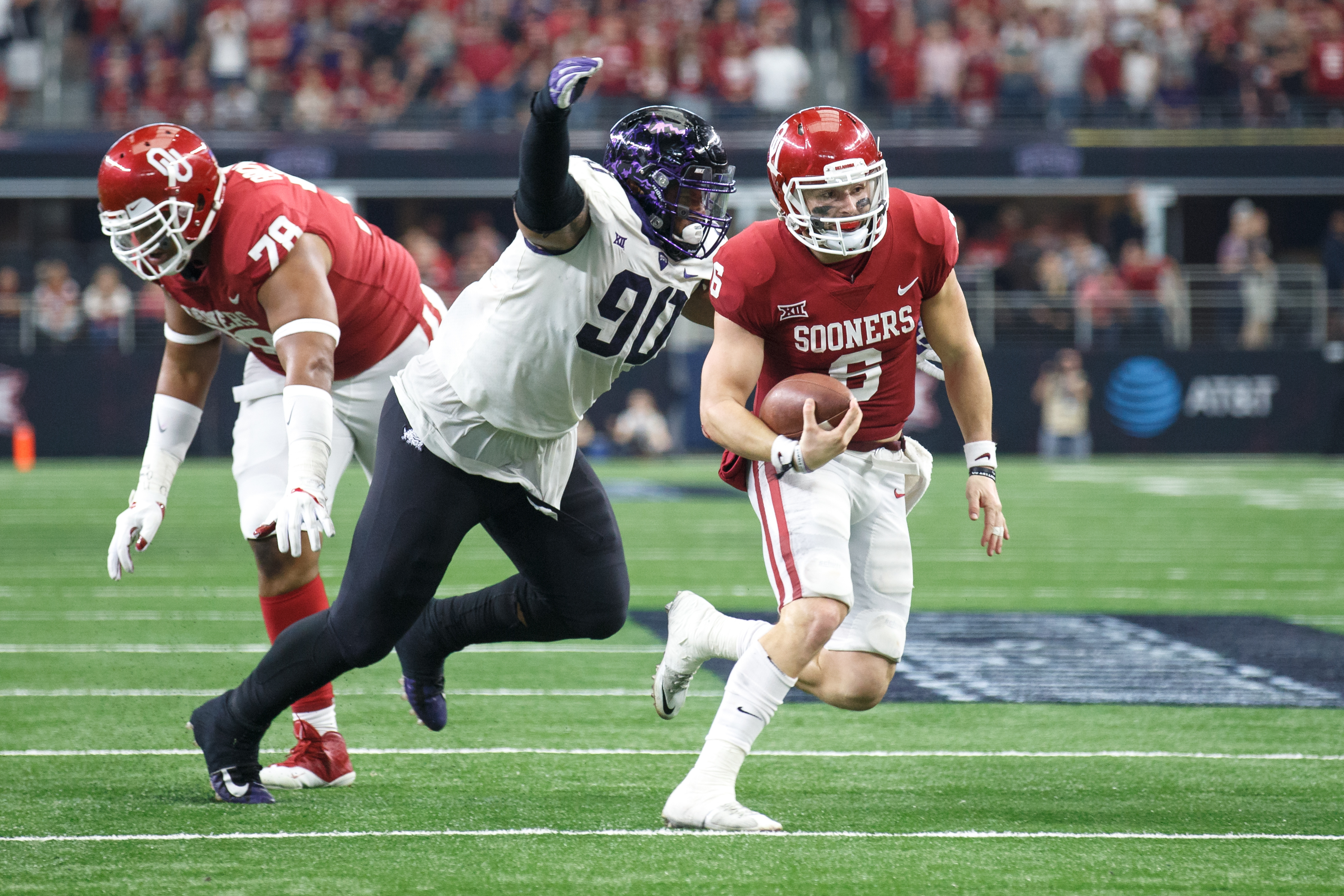 Earlier this offseason, the Colts had a pretty clear need to beef up the interior of the defensive line. Margus Hunt was released and only Grover Stewart and Denico Autry were proven commodities — although Autry failed to live up to his training camp hype.

Ballard spent some of his sizable cap room and the thirteenth overall pick to bring in the San Francisco 49ers starting interior defensive line from the Super Bowl. DeForest Buckner is positioned to take over as the starting 3-tech with Denico Autry available to serve a rotational role and Grover Stewart will get to compete with Sheldon Day for starting duties at 1-tech.

The issue that remains is Denico Autry, Sheldon Day and Grover Stewart are slated to become free agents at the end of this season. Bringing in at least one rookie at some point assuming that only one or two of those players are likely to be retained makes a lot of sense. If I was to guess, Autry is going to be odd man out.

This leaves Ballard with a need to continue focusing on depth at the 3-tech position. A position that Ballard has referred to as the key to driving the current defensive scheme.

Arguably the best 3-tech defensive lineman in this draft not named Kinlaw is Neville Gallimore of Oklahoma. He has impressive athleticism and a relentless motor that will require attention from opposing offensive linemen. If he gets the advantage he has the speed and explosiveness to get to the quarterback.

Next in line is TCU defensive tackle Ross Blacklock. Similar to Gallimore, he does his best work slanting and working his way into gaps in the offensive line. A player who is comfortable penetrating the line would translate well to the Colts defense. 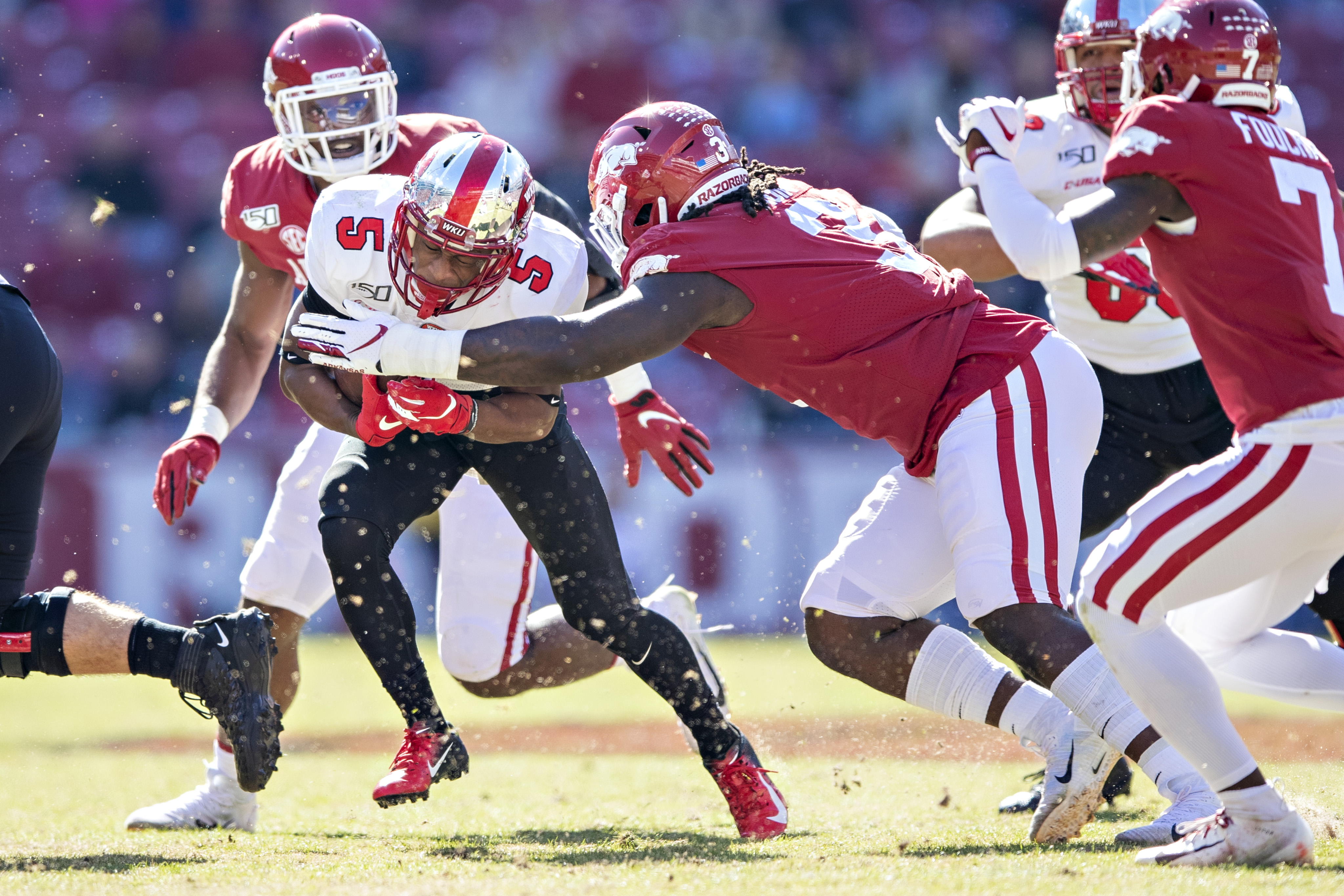 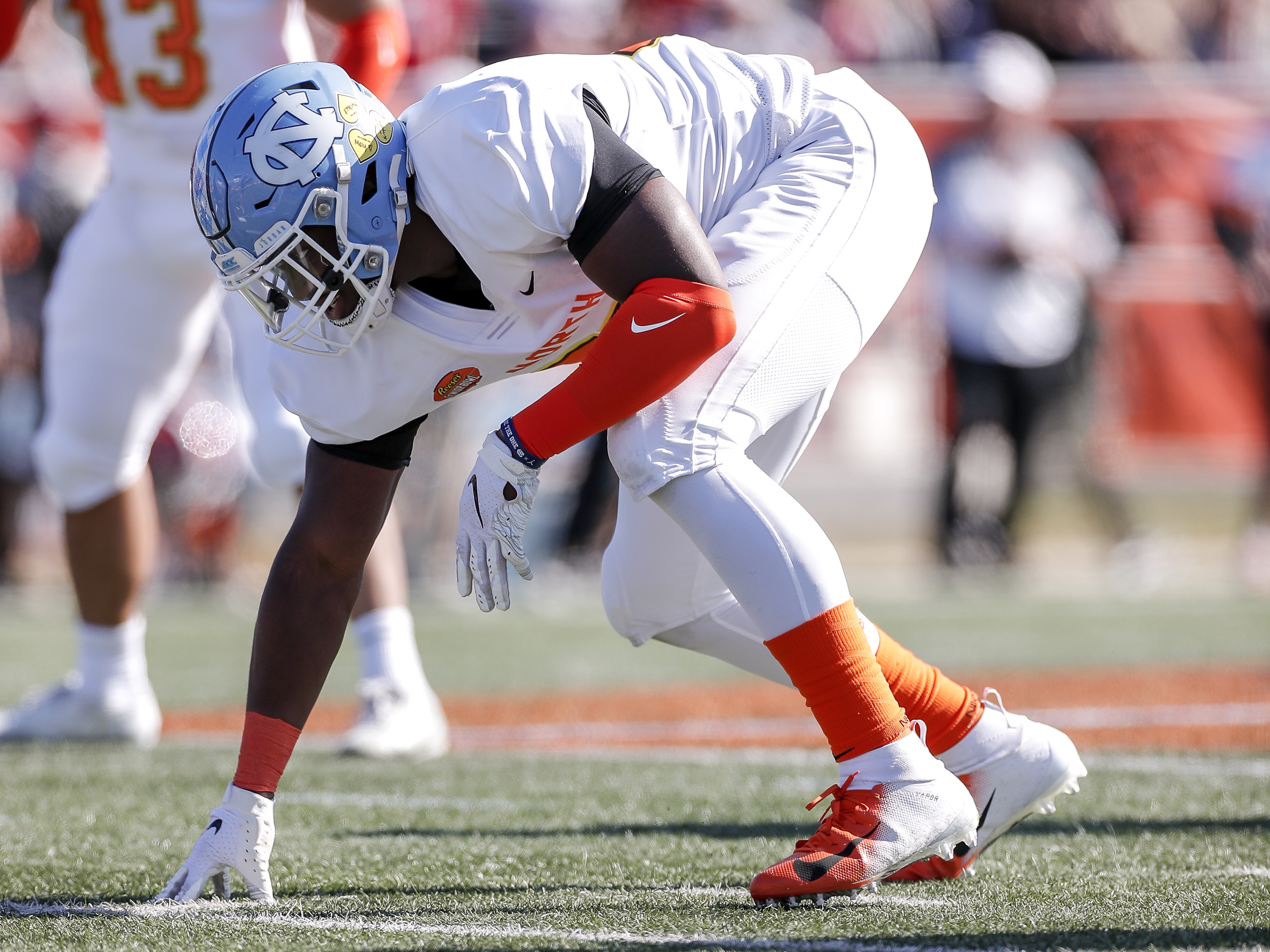 Other athletic prospects who are a bit more raw include Arkansas’ McTelvin Agim and North Carolina’s Jason Strowbridge.

Agim will take some development as he played as a defensive end early in his collegiate career. He learned some valuable skills on the outside that could make him an ideal developmental candidate on the inside in the NFL.

Strowbridge is one of the best pure athletes on the defensive interior in the 2020 NFL Draft. This could push him earlier than he otherwise should go. I saw a relatively raw prospect on film who could benefit from professional coaching. Or, he could be one of a long line of great athletes who never make it at the next level. 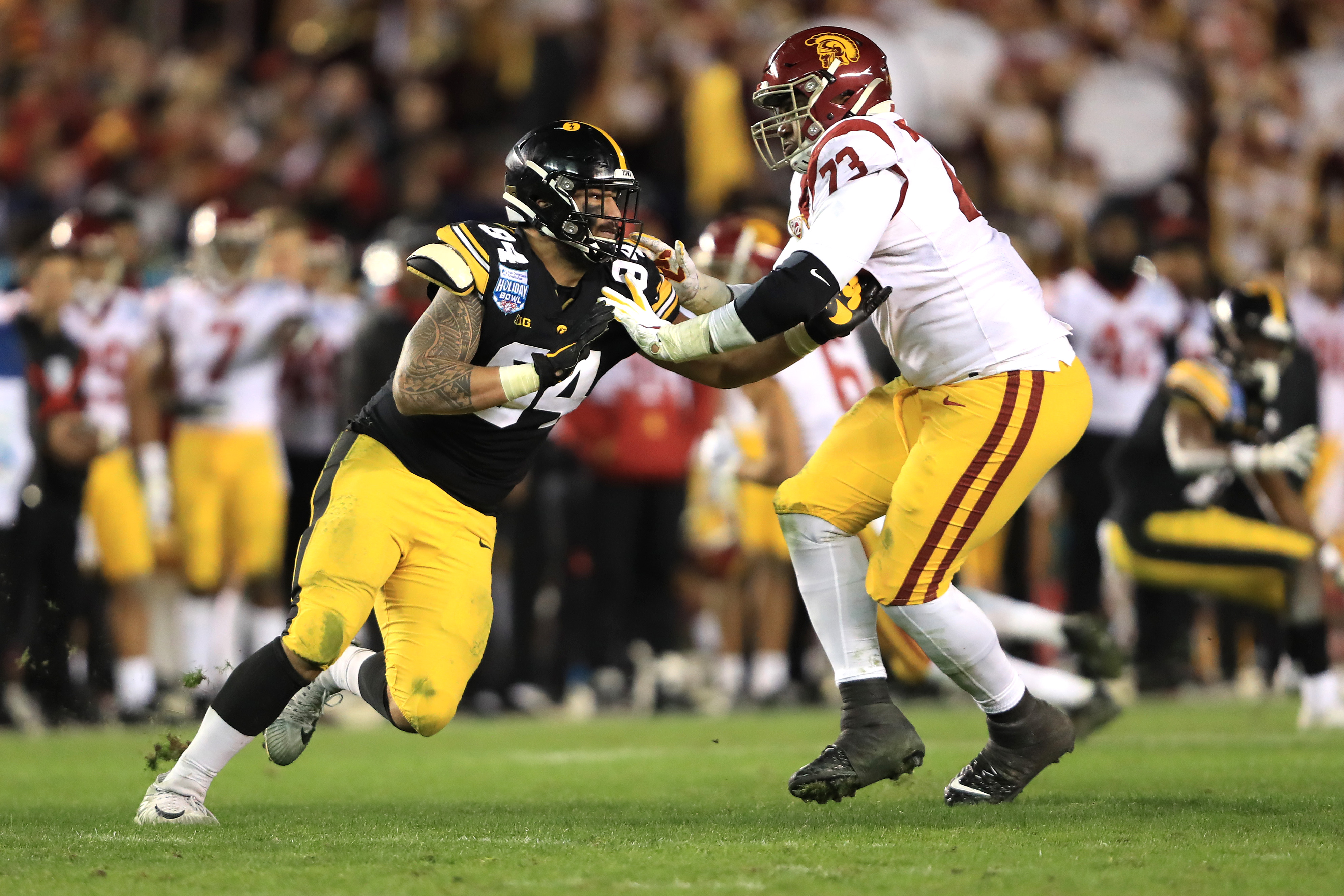 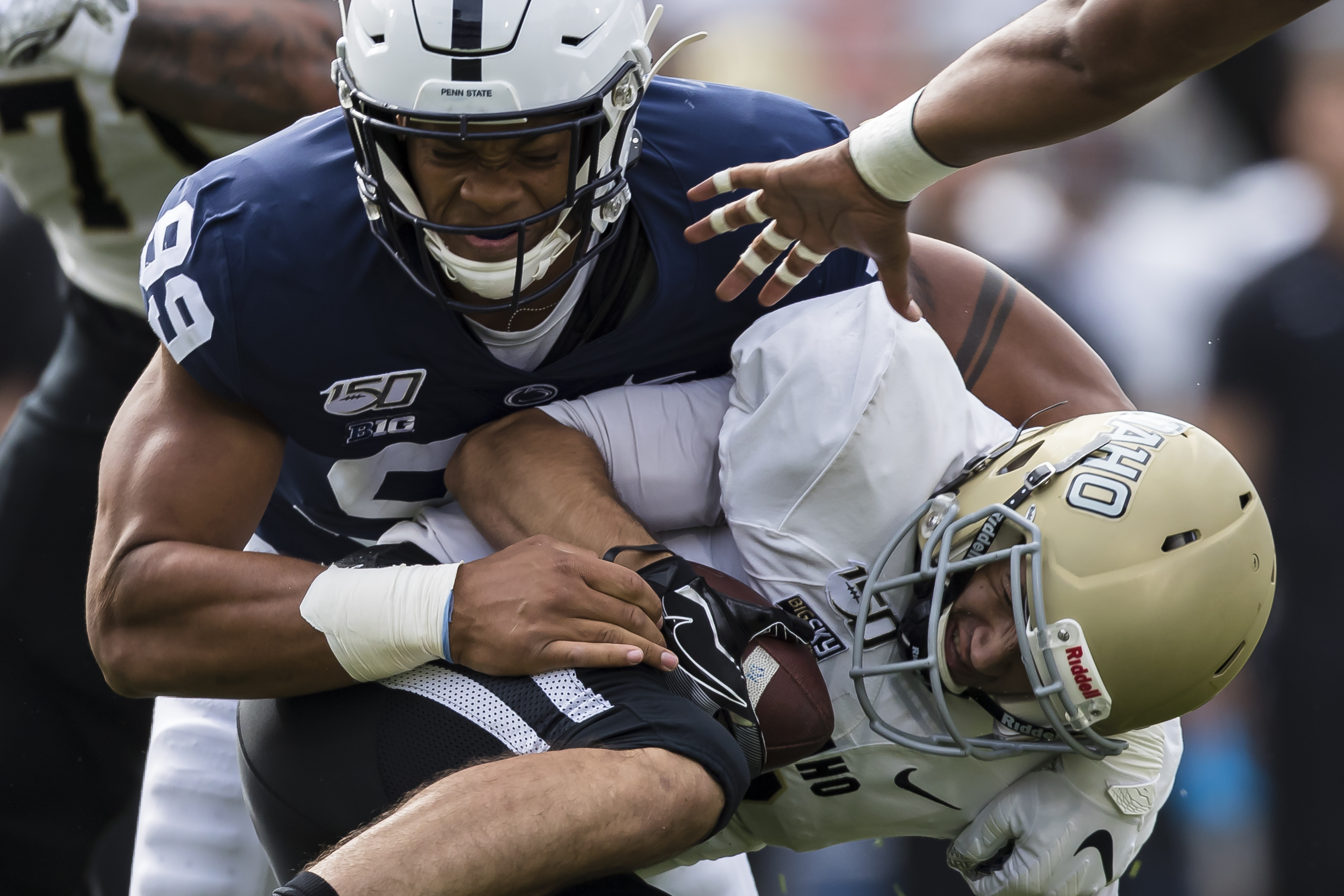 As of this writing, Chris Ballard and the Colts have not re-signed base defensive end Jabaal Sheard. He is getting a little long in the tooth at the position but is a strong presence against the run and a locker room leader. Depending on how things fall in the draft, he could be re-signed.

Ideally, though, the Colts could take advantage of the demand at wide receiver and offensive tackle to snag a player who falls farther than he otherwise should at the position. AJ Epenesa is my top ranked defensive end in the class. He isn’t an all world athlete but edge players who play hard from the snap until the whistle blows have a great chance to be difference-makers at the next level. Epenesa is one of those guys.

He doesn’t have the bend or the speed of others, but he is strong, has great hands and is technically sound and plays with incredible leverage. He wins, a lot, and at the end of the day that’s what you need in a defensive end. He isn’t going to be in the Justin Houston/Kemoko Turay role as a pin the ears back and go pass rusher but he could be productive as a dominant base package end.

Another player with a similar skill-set and a bit more athleticism is Penn State’s Yetur Gross-Matos. If I was to draw up a Jabaal Sheard clone, Gross-Matos would fit nicely. He has the speed and suddenness to create pressure rather consistently but is also a strong presence setting the edge. 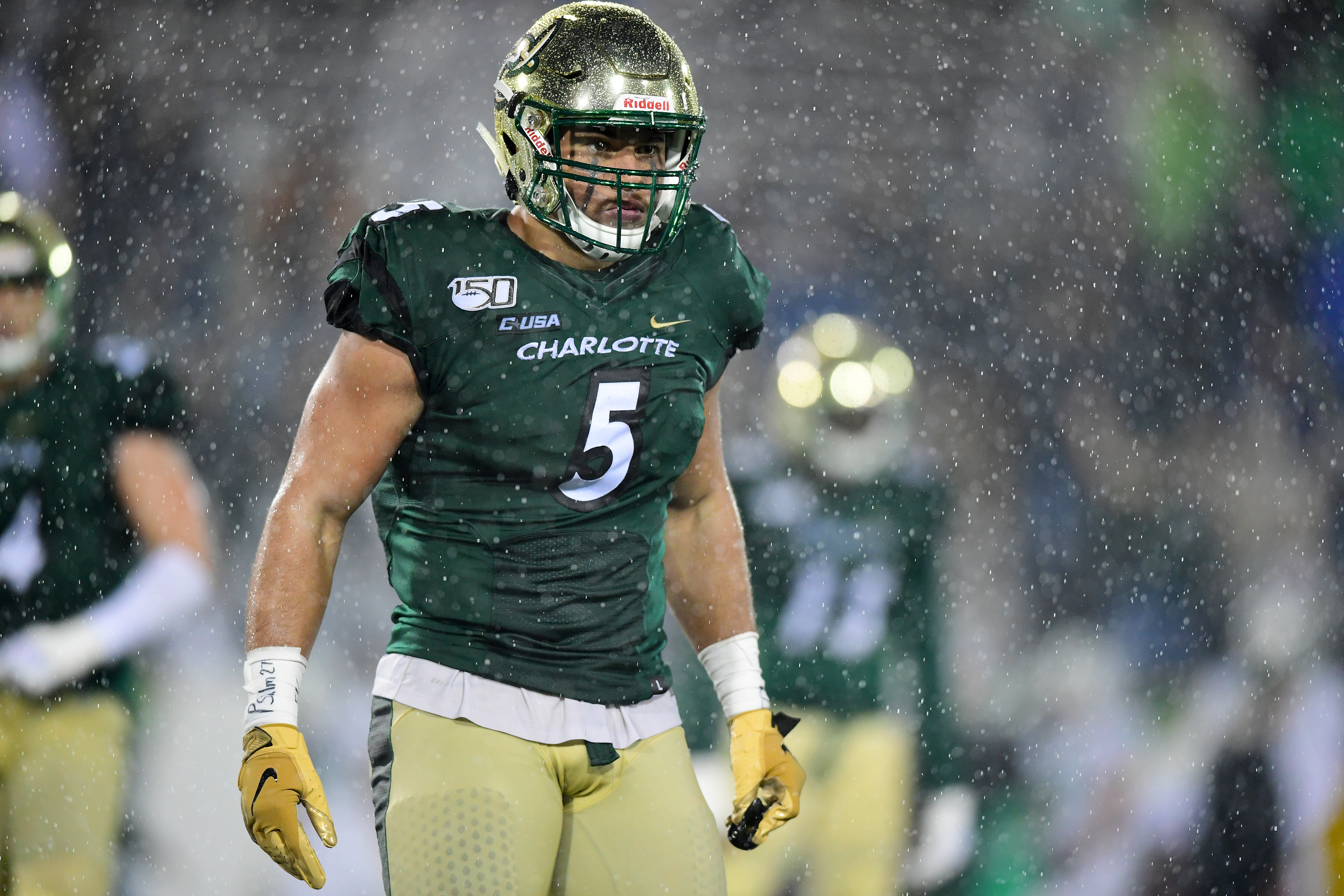 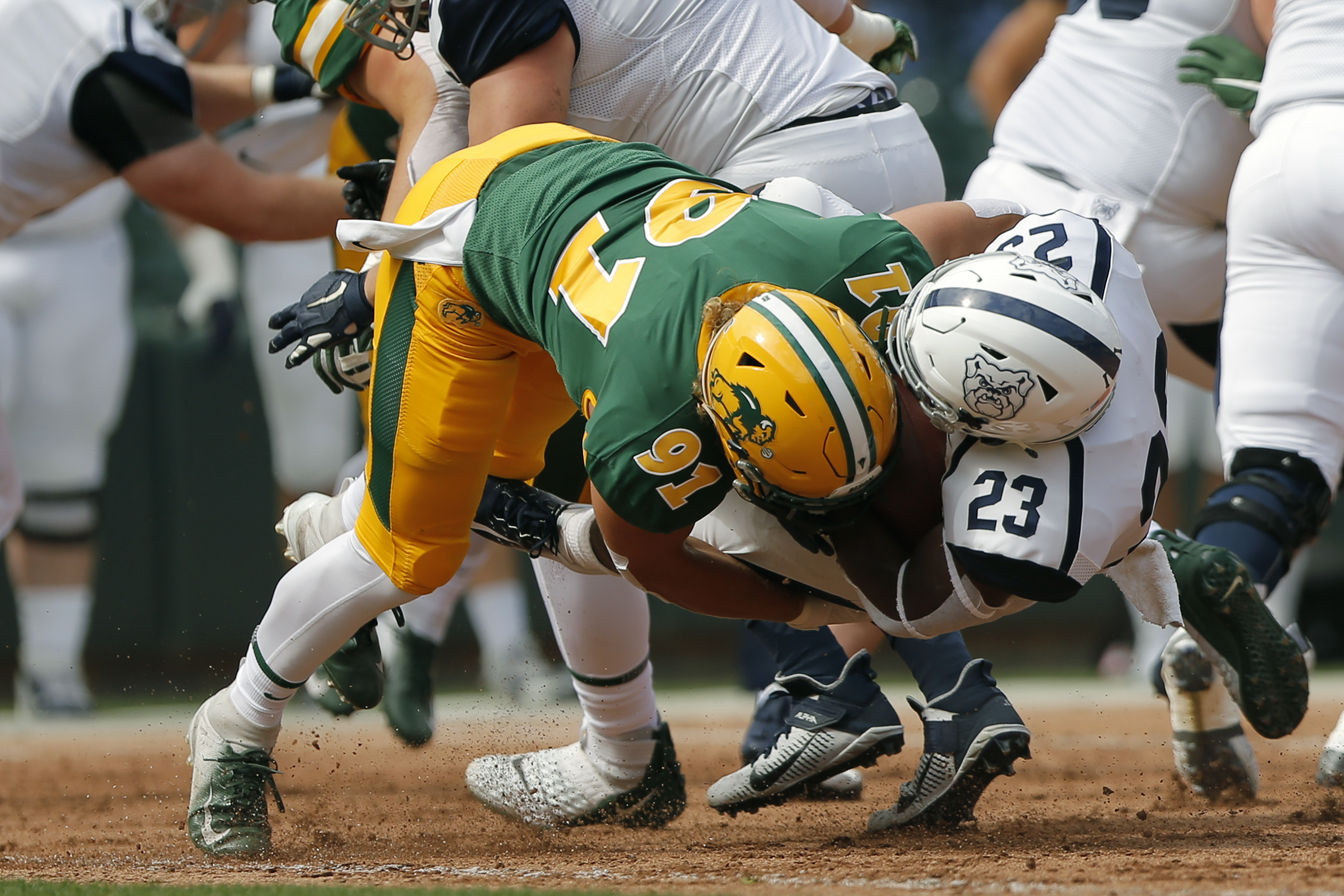 If you want to find a defensive end prospect in the middle rounds who could take the NFL world by surprise, you should look at Charlotte’s Alex Highsmith and NDSU’s Derrek Tuszka. Both will have to step up in competition but they’re well rounded edge players who play with a non-stop motor and impact the game in a variety of ways.

If AJ Epenesa is my favorite defensive end prospect at the top, Derrek Tuszka is my favorite sleeper. I’d spend a third or fourth on Tuszka and not bat an eye. Mocks will have him slip to the later rounds but I suspect he will go higher than the mainstream media guys and draft big boards have him.

I also think Tyquan Lewis has been asked to play out of place. If the Colts add someone on the interior of the defensive line and that forces Lewis back to the outside, it could save his career. Lewis is another player who I think would be a very good replacement for Sheard. 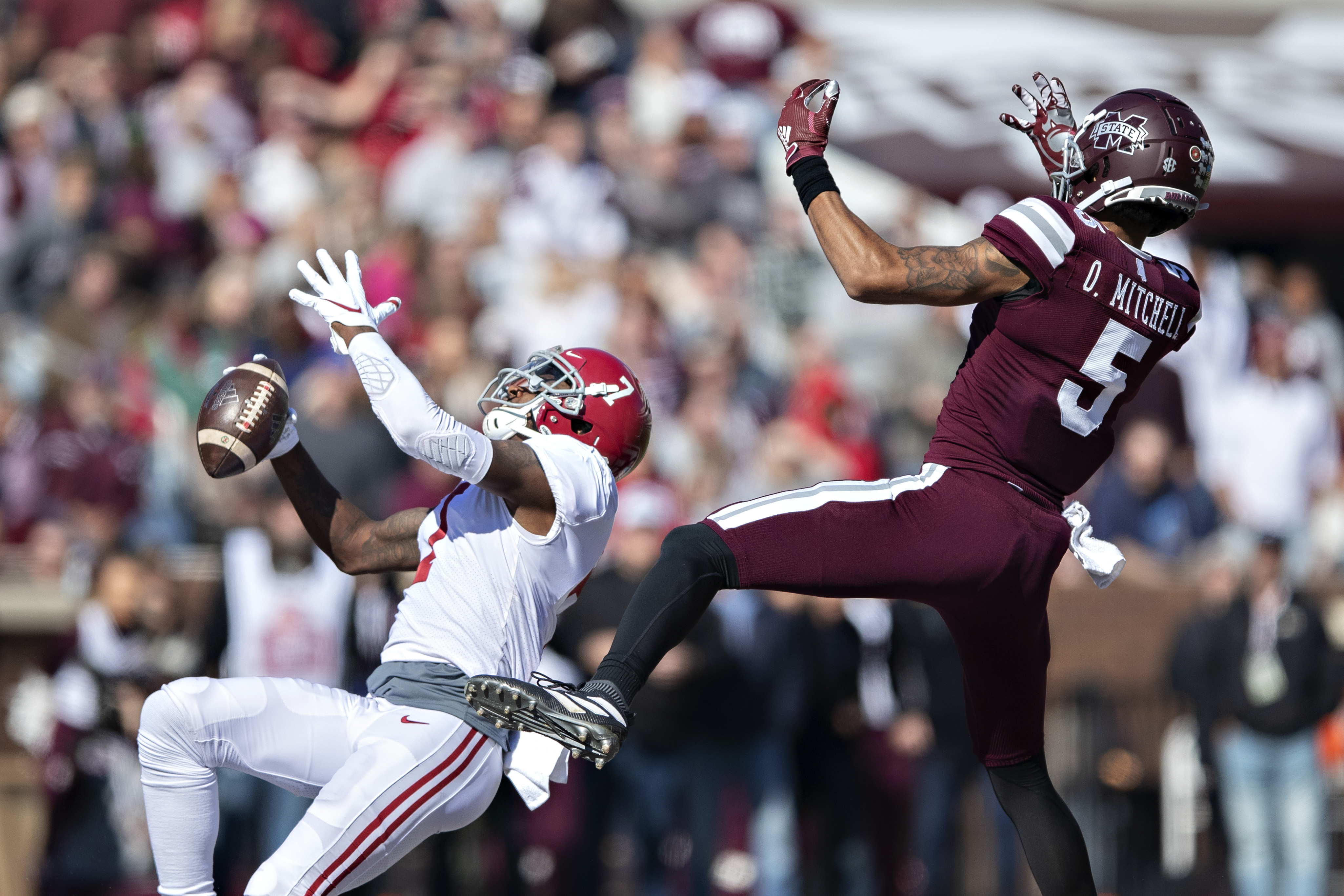 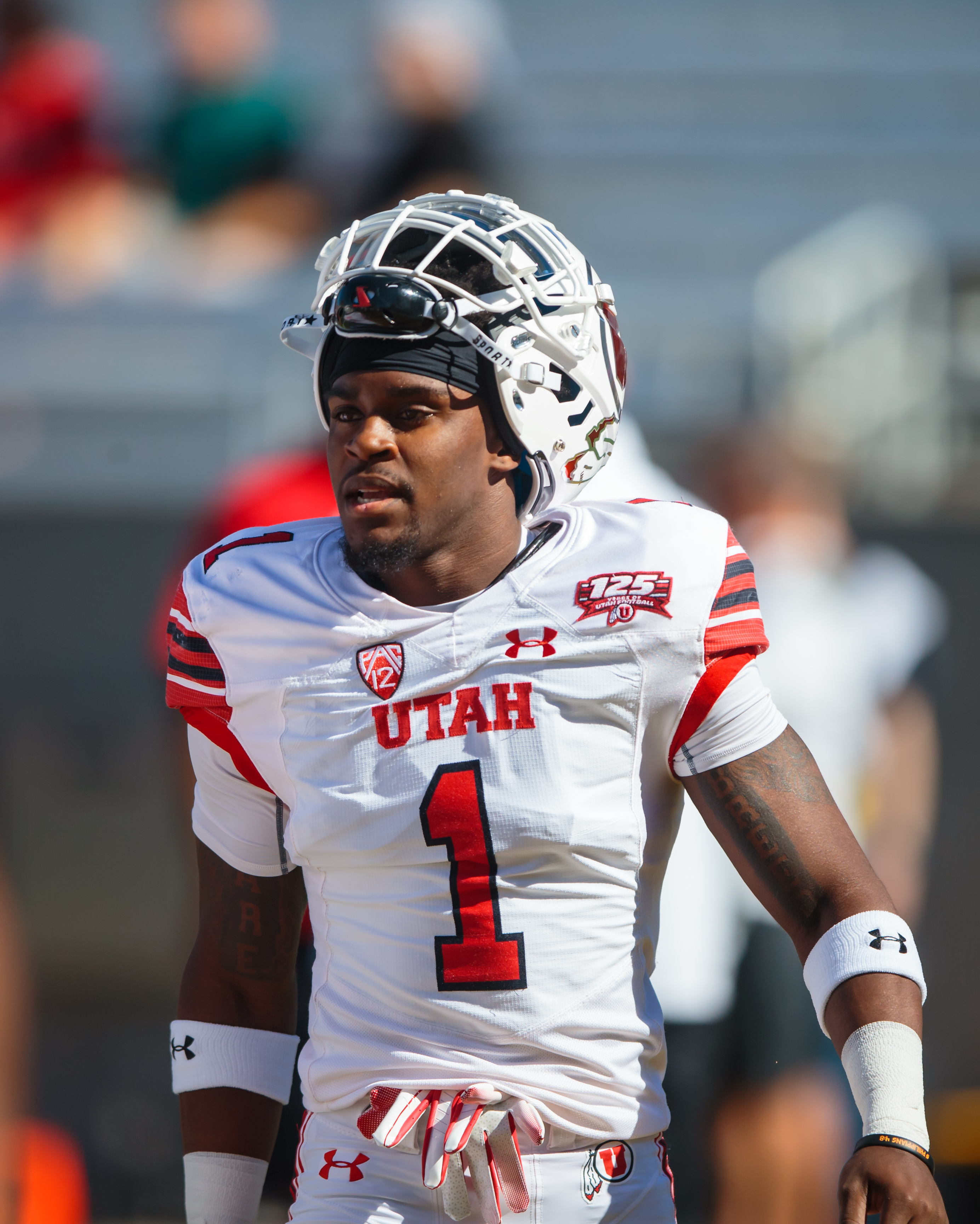 The Colts may be set at two of their three primary starting cornerback positions. Kenny Moore is arguably the best nickel corner in the NFL and Rock Ya-Sin is a player who seems very likely to take a second year leap. Even in his rookie season, he looked much better in the second half than he did early in the season.

From there, Xavier Rhodes is a stop-gap, Marvell Tell III in a converted safety who probably needs another year to develop, and TJ Carrie is a solid depth player but likely only a backup for Moore. Quincy Wilson is on the trade block and may get cut if he doesn’t get attention. As a result, the Colts would do well to add to the position.

Two players who may be available in the second round when the Colts pick are Alabama’s Trevon Diggs and Utah’s Jaylon Johnson. They are both projected to play on the outside in the NFL.

Diggs may have a higher ceiling but will need to develop as he is a converted wide receiver. If he takes well to coaching, he could become something special and he has elite ball skills — something Chris Ballard covets in defensive backs.

Johnson is more technically sound and well-rounded. He would be comfortable from day one playing in a variety of defensive sets and has some gifts in press man as well.

Neither player is a burner deep — typical of Ballard defensive backs — and both have nice length for the position. 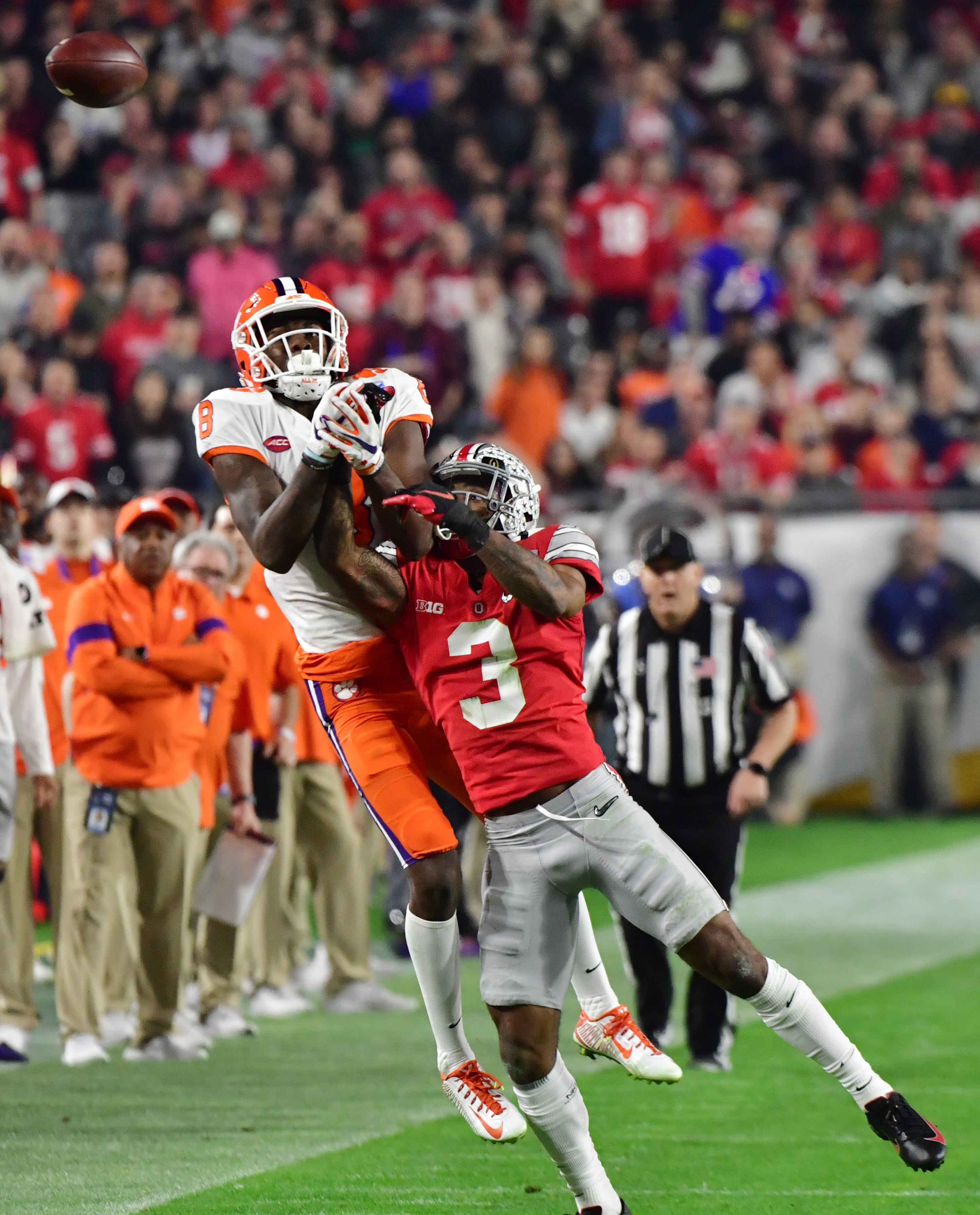 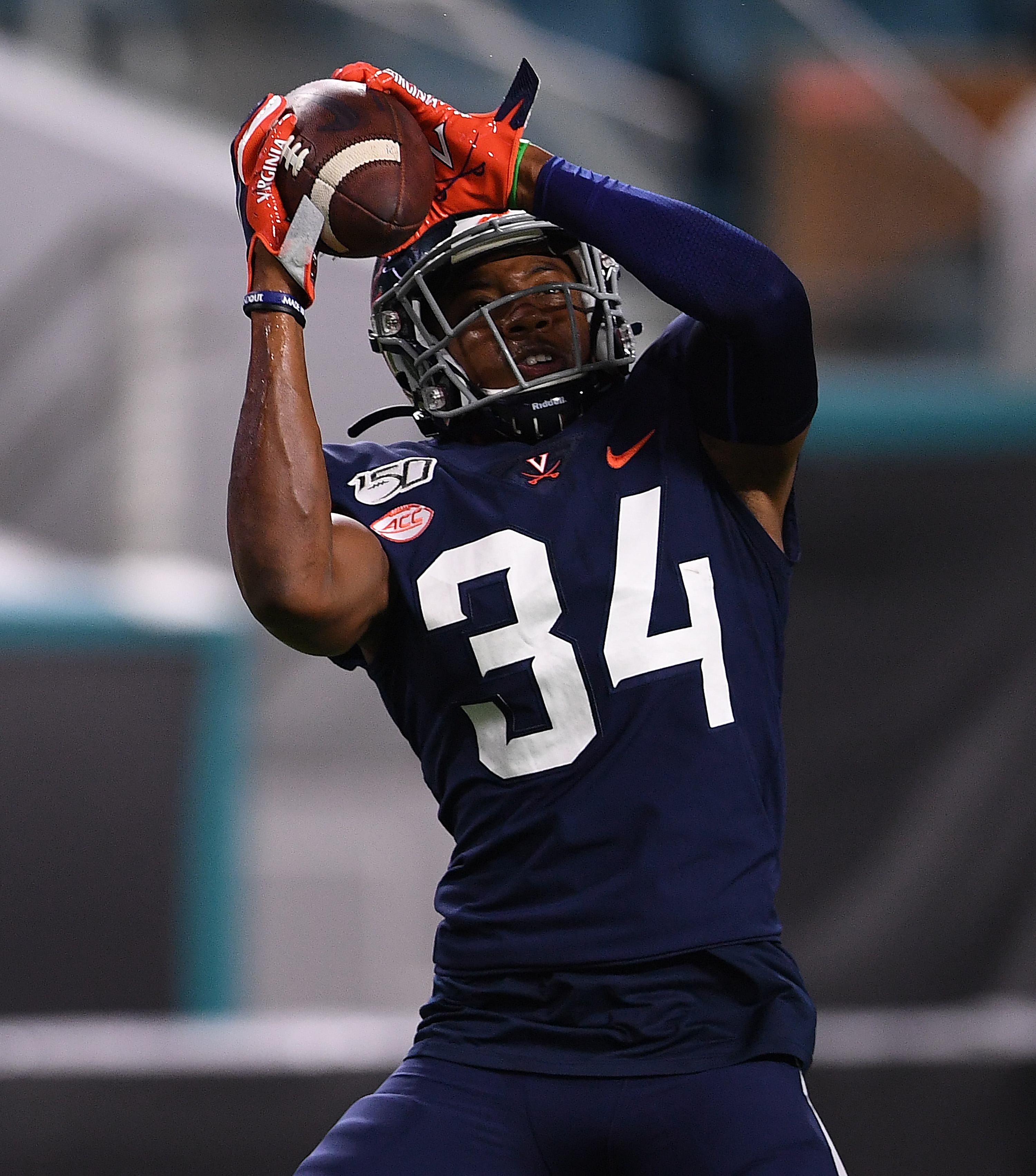 Two players who might be available in the third or fourth round and who have starter upside are Ohio State’s Damon Arnette and Virginia’s Bryce Hall.

If Hall hadn’t suffered his ankle injury and undergone surgery in his senior season, he very easily could be much higher on a lot of draft boards. He has great size and length for the position and quickly recognizes routes in zone. He is aggressive to the ball, willing against the run, and effective as a blitzer. He was also a team captain.

Arnette has to deal with being in a secondary that includes Jeffrey Okudah. He has fought to not be overlooked in this class and brings a lot to the table the Colts should really like. He has good length for the position, is particularly strong in zone, willing against the run, and a sound tackler. His 4.56 40-yard dash will scare some teams away and allow him to drop but in the Colts scheme, that might not be as big of an issue. 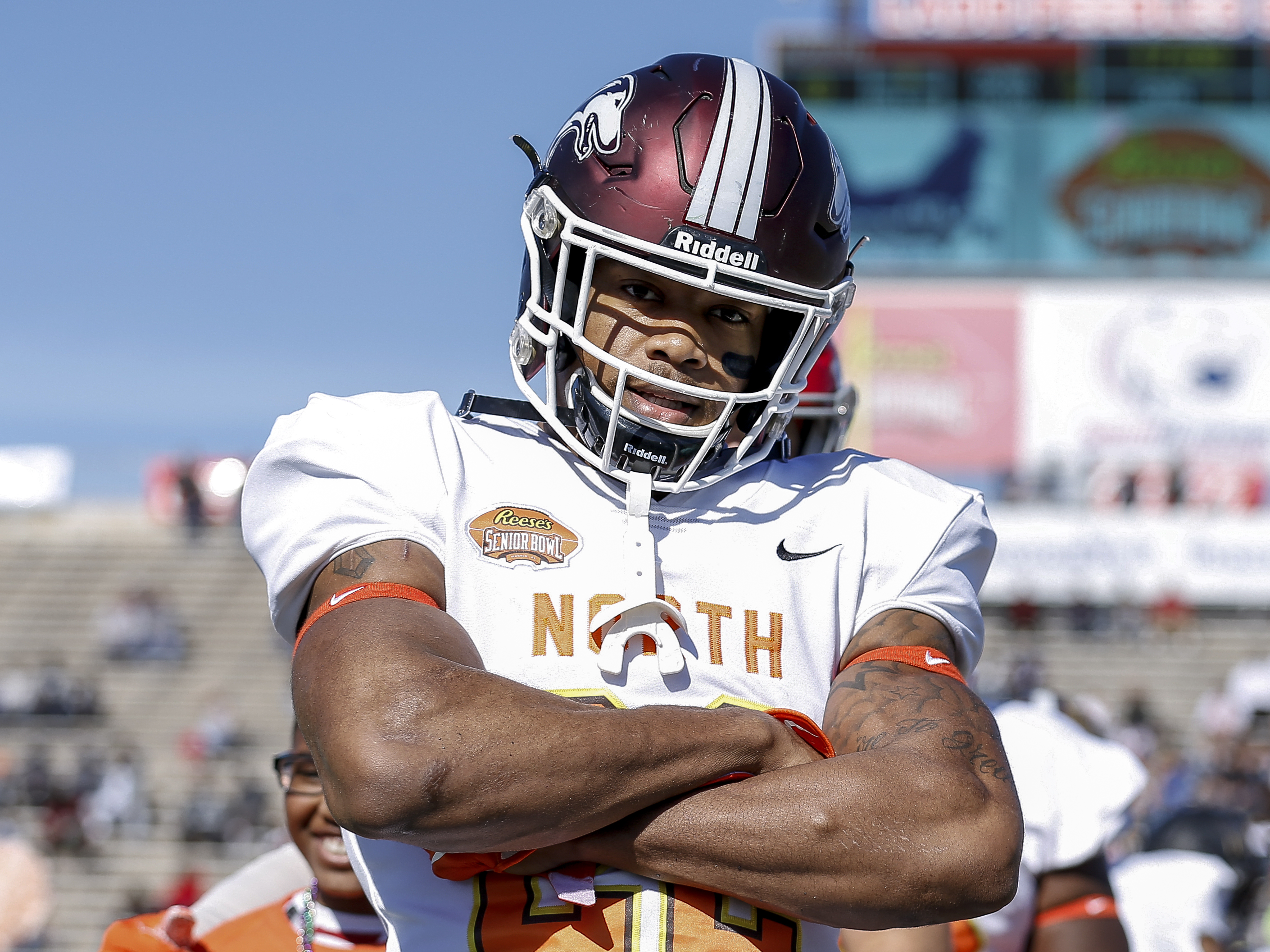 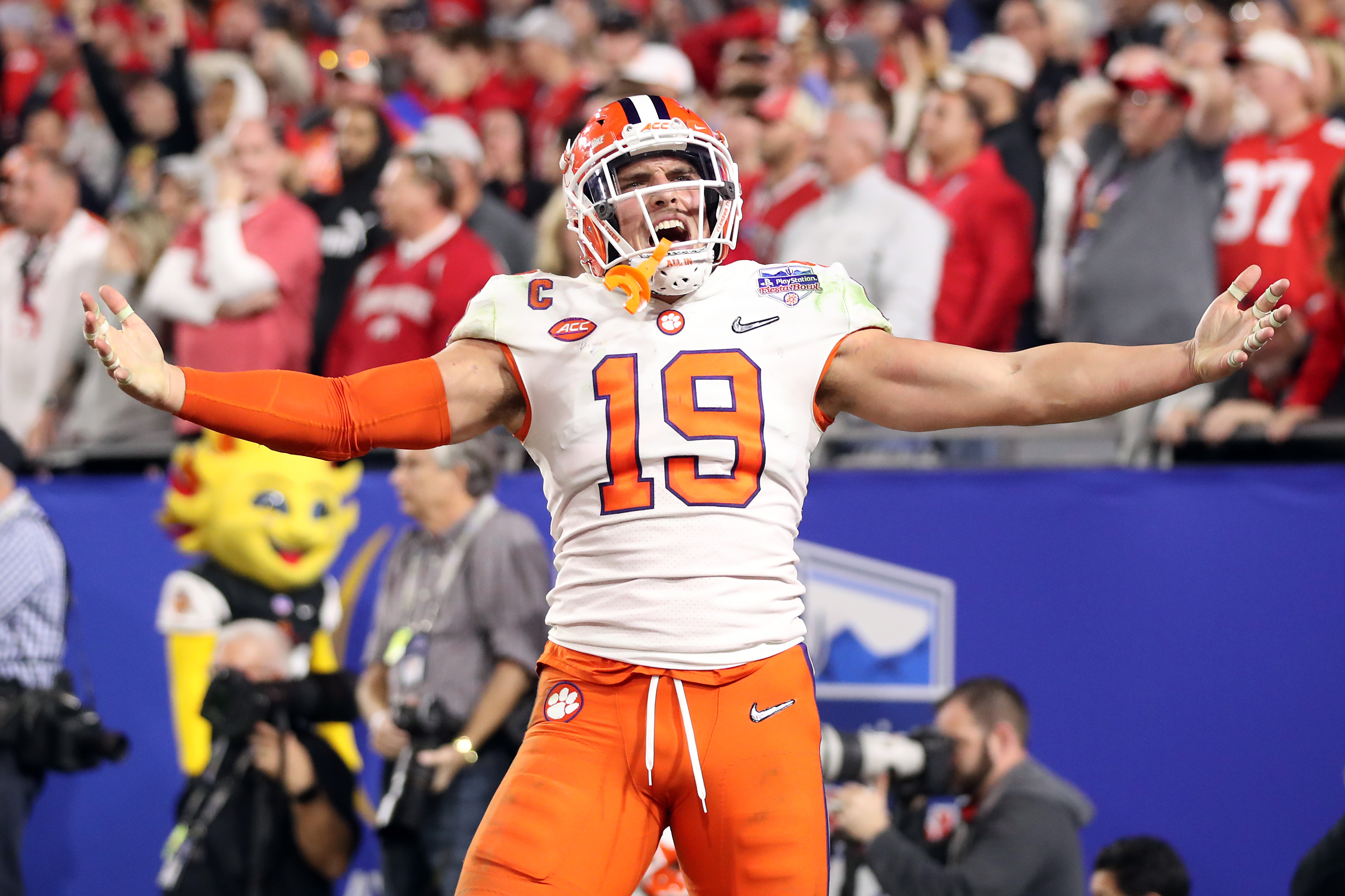 A rumor has spread that the Colts are receiving calls from other teams interested in former first round safety Malik Hooker. It is fair to say that Hooker has not lived up to the expectations he helped set for himself early in his rookie season. However, it is also fair to say that elite athletes like him are pretty rare at any position.

He could end up being a casualty of the “bad scheme fit” mantra. If he doesn’t have a long-term future in Indianapolis, the Colts will have to consider their options. Veteran Eric Berry was linked to the Colts as a possible short-term solution. This class doesn’t have exceptional safety prospects to take over for Hooker but they do have two that are intriguing to me.

Southern Illinois’ safety Jeremy Chinn is arguably the best all around athlete in the class. He scored a 10 on a scale to 10 in RAS. He is tall, has long arms, is well built, and he is very fast. He is also from Indianapolis.

Can he transition from the competition he faced at Southern Illinois to be a difference-maker on the back end early in his career? Does he project to be a free safety or will the Colts be in a position to have two strong safeties in Willis and Chinn and no one particularly well suited to cover over the top?

The other safety prospect that has my attention this year is Tanner Muse of Clemson. He would be a Clayton Geathers replacement and would serve as the third linebacker in big nickel packages or as a box safety. He has good speed, plays with a very high motor, can match up physically with tight ends, and he was a team Captain... at Clemson.

He will not be an every down safety, which will push him to the middle rounds or early on day 3 but he could be a very useful piece in a modern NFL defense.